Macon Steered Clear of Self-Promotion | Eastern North Carolina Now | After reading letters addressed to him, Nathaniel Macon burned them. More than once, he likely tossed the papers into the fireplace in the spartan...

Published: Friday, July 26th, 2013 @ 2:45 am
By: John Locke Foundation   ( More Entries )
Publisher's note: The guest article below, by Dr. Troy Kickler, who is the director of the North Carolina History Project, appeared in John Hood's daily column in his publication, the Carolina Journal, which, because of Author / Publisher Hood, is inextricably linked to the John Locke Foundation. 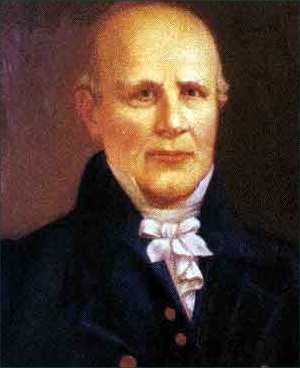 Nathaniel Macon
After reading letters addressed to him, Nathaniel Macon burned them. More than once, he likely tossed the papers into the fireplace in the spartan, two-room domicile on his Buck Spring plantation or in the fireplace of the boarding house where he rented rooms when Congress was in session.

Historians have claimed that the practice revealed the Warren County native's republican virtue - a character trait early Americans believed that politicians should embody. In this view, leaders were public servants and should avoid using political office for personal gain or as a means to achieve fame and glory.

Macon did possess republican virtue, but he burned his correspondence for practical reasons. This correspondence would have been valuable, because Macon's name was synonymous with North Carolina during the 1790s and early 1800s. He served in the U.S. House from 1791-1815 and in the U.S. Senate from 1815-28. He was speaker of the House from 1801-07, and many politicians from North Carolina and elsewhere sought his advice regarding important political issues.

Some hoped to share some of the past. For years, Judge Archibald Debow Murphey (1777-1832) planned to write a history of North Carolina. While doing research, he asked important North Carolinians for their remembrances of North Carolina events, and in letters, he provided lengthy descriptions of Tar Heel history. Murphey, a proponent of public education and internal improvements, unfortunately died before penning a manuscript of the Old North State's history.

During the research phase, Murphey asked Macon in 1825 for leads and any documents that might assist his scholarly pursuit. Macon was willing to help Murphey. He commented on the Regulator Movement in North Carolina, and the history both of Halifax County and what had been Bute County. He also recommended that Murphey consult The History of North Carolina, published in 1812 by Edenton's Hugh Williamson. Macon asked his good friend, John Randolph of Roanoke, a flamboyant congressman from Virginia, for any notes that he might have answering Murphey's research questions.

The amiable Macon, however, had no letters to share. In a letter to the judge, he said: "Some years past, a few confidential letters were I thought improperly published; This fact, induced me to burn, the correspondence of my life, together with notes on living characters, with whom I had been associated in public business."

When the North Carolinian addressed a letter to a person, it was for that individual's eyes only. It could be shared, but Macon believed - as he later reprimanded then Secretary of State Martin Van Buren in 1830 - that protocol necessitated asking the author first.

Van Buren had taken the liberty to submit an excerpt of Macon's correspondence to the Richmond Enquirer. From two friends who were subscribers, Macon initially learned that his praise for President Andrew Jackson had been published without his permission. Macon's words had been used to garner support for Jackson.

Macon was disappointed with Van Buren, who would be elected the eighth president of the United States: "Your publication has not diminished my friendly feelings towards you, though it may have diminished my confidence, in your being prudent at all times and under all circumstance. Indeed it has long since been said, that no man is wise at all times."

If the president was doing his job, Macon believed, a public relations effort was not needed. As Macon later expressed to Van Buren: "An administration gaining the affection of the people by the proper management of the public affairs, need never publish the opinion of an individual in its favor, to gain friends. ..."

Macon probably would look disapprovingly at sharing his correspondence to Murphey and Van Buren. If he still were here among us, I hope that he would be quick to forgive.
Go Back