State Wants Court To Toss Voter ID Suits | Beaufort County Now | The state is asking a federal court to dismiss two lawsuits - one filed by the North Carolina NAACP and one filed by the League of Women Voters of N.C. - challenging the new law requiring voters to present government-issued identification when voting and changing other...

Published: Wednesday, October 23rd, 2013 @ 1:15 pm
By: John Locke Foundation   ( More Entries )
Publisher's note: The author of this post is Barry Smith, who is an associate editor for the Carolina Journal, John Hood Publisher. 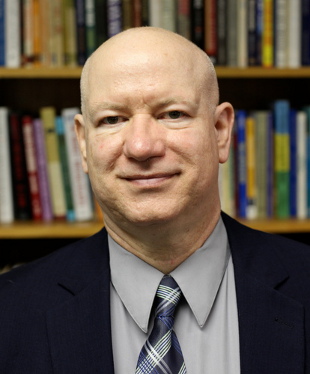 Barry Smith
RALEIGH  -  The state is asking a federal court to dismiss two lawsuits  -  one filed by the North Carolina NAACP and one filed by the League of Women Voters of N.C.  -  challenging the new law requiring voters to present government-issued identification when voting and changing other election regulations.

The response by the state to the lawsuits was filed Monday in the U.S. Middle District Court. Responses to other lawsuits, including one filed by the U.S. Department of Justice, are expected later this year.

The state denied many of the allegations appearing in the plaintiffs' lawsuits. In addition to asking that the lawsuits be dismissed and that a judgment be entered for the state, the state asked to be awarded attorneys' fees and further relief that the court may deem just and proper.

"What we passed was a reasonable bill with reasonable time limits in it to make sure that people who don't have an ID have the ability to get one," said Rep. David Lewis, R-Harnett, after the state's response was filed. Lewis is one of the chief architects of the voter ID law.

The Rev. William Barber, president of the NC NAACP, said the lawsuit should go on, and that the plaintiffs should get a fair hearing.

"This is a monster voter suppression bill," Barber said during a telephone conference call. He called the bill a "revival of Jim Crow in the 21st century," and said it was an attack on democracy.

"We must have this attack examined within the purview of the court," Barber said.

Lewis said the voter ID and election law changes put the state largely in line with most other states. "We believe that every citizen that's entitled to vote does and should have the opportunity and availability and access to the ballot, and be able to vote their conscience," Lewis said. "Those votes cumulatively determine who wins."

To prove retrogression, plaintiffs must show that a change in the law put a minority group in worse position than it would have been in had the law not changed.

Von Spakovsky said that legal avenue was voided earlier this year when the U.S. Supreme Court invalidated Section 5 of the federal Voting Rights Act because it relied on an antiquated formula from the 1960s to determine whether the voting laws in Southern states violated the rights of minoirities.

Von Spakovsky said he expects the NAACP to lose the lawsuit. "They filed almost the identical lawsuit against Georgia's [voter ID] law in 2005," he said. "They lost that case spectacularly." He said plaintiffs in Georgia couldn't come up with anyone who'd be unable to vote because of that state's voter ID law.

Von Spakovsky also cited a recent article he wrote showing that people who filed affidavits in 2005 challenging the Georgia law, claiming they would have difficulty obtaining a photo ID to vote, have voted repeatedly since then.

Penda Hair, co-director of the Advancement Project, joined Barber in his telephone conference. She said North Carolina's voter ID law was stricter than many other states' laws, pointing out that university students wouldn't be able to use their state-issued student IDs to vote. She said the law would harm African-Americans disproportionately.

"The arguments in favor of photo ID are falling by the wayside," Hair said.

Republican Gov. Pat McCrory's chief legal counsel Bob Stephens said in a statement, "The governor has no intention of distancing himself from a common-sense law that is supported by the people of this state and protects the integrity of the voting process. The allegations made by the plaintiffs are simply wrong as a matter of law and fact. The governor remains confident that the law will be upheld."
Go Back