Court documents refute Sheriff's Office's side of Keech story | Eastern North Carolina Now | We are continuing to investigate the details of this case and should say up front that we offered the Sheriff's Office the opportunity to "tell its side" of the story.

The County Compass staff of Pamlico County assisted in this report.

This is the second in a series on "Sheriffgate." In the first installment we explained that the Beaufort County Sheriff's Office spent $5,370 to collect a gym fee valued at $147 from a fired deputy. We are continuing to investigate the details of this case and should say up front that we offered the Sheriff's Office the opportunity to "tell its side" with the only condition being that they would answer all of our questions. They declined to comment. But as our readers know full well, "no comment" does not usually stop our quest for the truth.

But the Sheriff's Office did talk to the Washington Daily News briefly. Chief Deputy Harry Meredith explained why 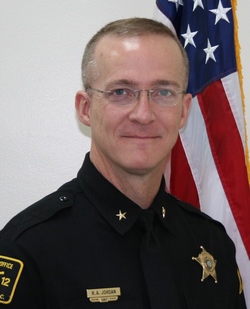 they sued Tony Keech by suggesting that it was routine to try to collect gym fees from personnel who did not go to the gym enough or who were separated from service. He went on to try to cast Keech as the villain in the controversy by saying that the Sheriff's Office did not get a big Winston Salem law firm to prosecute the $350 suit until Keech himself got a lawyer.

The original complaint that started the whole thing was filed on November 22, 2010. It was signed by James A. Dean, Esq. of Womble Carlyle Sandridge & Rice on November 19, 2010. So presumably the Sheriff's Office contacted Womble Carlyle several days previously.

Tony Keech did not know about the lawsuit until December 1, 2010 when he was served by certified mail (Exhibit A). Keech's attorney, Peggy Smith, responded to the suit on December 15, 2010, nearly 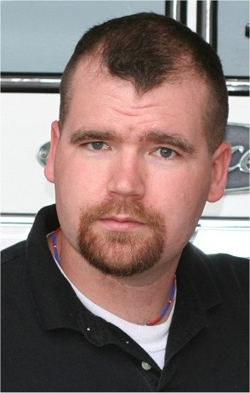 a month later than the Sheriff's Office originating the case. It would have been normal and usual legal procedure for Smith to have been served had Dean known she was representing Keech.

Neither Chief Deputy Meredith nor Sheriff Alan Jordan has been willing to explain this discrepancy between what Chief Meredith told the WDN and what the above referenced court documents show.

It is also significant that neither the County Attorney nor the County Manager were aware of the Sheriff's lawsuit prior to it being filed on November 22, 2010 according to interviews both have given the Observer and County Compass. The Board of County Commissioners' records show that the first time they discussed the suit was on February 7, when the Board directed the County Manager to settle the case. That decision was via a unanimous vote.

A separate vote, taken at the same meeting, to not pay any legal bills not authorized by the Board of Commissioners prior to retaining legal assistance was voted down by the usual 5-2 vote on the Board, with Hood Richardson making the motion, seconded by Stan Deatherage, it failed when Robert Cayton, Jerry Langley, Ed Booth, Jay McRoy and Al Klemm voted to pay Womble Carlyle's bills through that date.

In a separate interview with the County Attorney, Billy Mayo, Mr. Mayo reiterated that he was not consulted by anyone from the Sheriff's Office or the County Manager prior to the filing of the suit. "I would have preferred to have been consulted before a complaint was filed," said Mayo. When asked if it is legal for a county department head to obligate county funds for a lawsuit without getting prior approval Mr. Mayo said: "we've not had a formal policy on that, but it has been standard practices for years to get the Board's approval before committing county funds."

When asked how he could justify over five thousand dollars of taxpayer money being spent without explicit prior approval by the Board of Commissioners Mr. Mayo responded: "well, the authorization on February 7 was to settle the case. My sense was that the Board wanted to put a stop to further expenditures so they authorized that the bill up until that point be paid but that the case be settled immediately." County Manager Paul Spruill confirmed the same thing.

Ultimately the case was settled by the County paying Keech's judgment which was awarded against him in Small Claims Court in return for his withdrawing his appeal to District Court. We'll have more on that aspect of the case in the next article in this series.

Copies of the court documents referred to above can be downloaded by clicking here.
Go Back