The New Front Lines of Mental Health | Eastern North Carolina Now | A Boiling Springs Lake father says his son was murdered by police this afternoon. Mark Wilsey called police when his 18-year-old, 90 lb. son had a screwdriver that he would not let go...his son, Keith Vidal, had schizophrenia and was having an episode Sunday afternoon...

This week, another preventable tragedy in North Carolina. From WWAY NC: 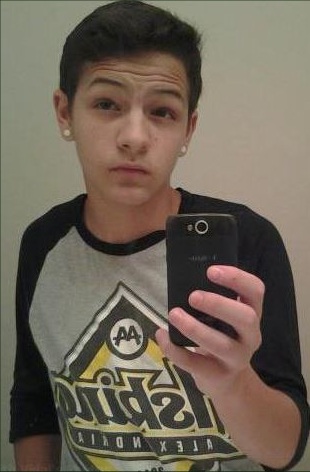 Keith Vidal, dead at 18.
A Boiling Springs Lake father says his son was murdered by police this afternoon. Mark Wilsey called police when his 18-year-old, 90 lb. son had a screwdriver that he would not let go...his son, Keith Vidal, had schizophrenia and was having an episode Sunday afternoon...

Southport police officers responded to the scene after reports that Keith had threatened to harm his mother. The situation was reportedly almost under control when another police officer arrived and ordered the other officers to tase Keith. It was a fateful decision. A scuffle ensued. When it was over Keith Vidal had been fatally shot.

Officer-involved shootings of people with untreated mental illnesses are becoming more and more frequent. As mental health resources have evaporated, police find themselves at the forward edge of the state mental health system. The front lines of mental health used to be manned by people with lab coats and clipboards. Today, they are manned by people with handcuffs and guns. The results have been as predictable as they are devastating. Mentally ill people frequently end up in jail or prison. Others are injured or killed in encounters with law enforcement officers. Untreated severe mental illness also jeopardizes police officers on duty. In 1998, police officers were more likely to be killed by a person with untreated mental illness than by a person with a prior record of resisting arrest or assaulting law enforcement officers.

Public safety agencies across North Carolina have tried manfully to adapt to their new role. Today, 307 law enforcement agencies have officers who are trained in Crisis Intervention Team (CIT) techniques, which teach officers to recognize and handle situations involving mental illness. CIT improves officer safety outcomes and helps people with severe mental illness get into treatment. However, as of last year only about 22 percent of the state's law enforcement officers had received CIT training. In this week's incident in Boiling Springs Lake, the Southport police officer who shot Keith Vidal was not CIT-trained. The Southport police chief, Jerry Dove, told Civitas that only 2 of his officers (18 percent of the department) had CIT training. Neither officer was present when Keith was shot. In order to reduce the incidence of preventable tragedies, the state should make CIT training mandatory for all sworn law enforcement officers.

CIT is excellent training, but it will not magically fix the state mental health system. CIT is a Band-Aid on a hemorrhaging system. Even with enhanced training, preventable tragedies will continue to happen. The reason is simple: Officers are trained to respond to deadly threats with deadly force. If a person carrying a weapon and acting erratically confronts police, that is a recipe for disaster, CIT training or not.

The best way to prevent tragedies like the death of Keith Vidal is to ensure the continuity of care for people with severe mental illnesses. People who are not taking medication or receiving treatment are much more likely to suffer serious consequences like homelessness, incarceration, or violence. As a result, it is crucial for the mental health system to intervene before there is a crisis.

There are many things that the state can do to ensure continuous care for people with severe mental illnesses. At the direction of Governor McCrory, the state Department of Health and Human Services has convened a new "Crisis Solutions Initiative" to find innovative fixes for the state's mental health system. It is a long-awaited opportunity to address the most glaring shortcomings of the mental health system. Specifically, the state should increase the number of inpatient resources in North Carolina, and move to implement assisted outpatient treatment (AOT) for people who are unable to seek treatment on their own.

The death of Keith Vidal is tragic, and all the more so because it was utterly preventable. There is nothing more that can be done for Keith. His family will live with the agony of their son's loss. But for thousands of people with untreated severe mental illnesses in North Carolina, there is something that can be done.

When members of the Crisis Solutions Coalition meet to discuss fixes to the mental health later this month, Keith Vidal should be on their minds.
Go Back