Posts in Reverse Chronological Order that Clearly Decry:
Don Cox is a Hypocrite!

Rather than just a Hypocrite, Don Cox has now self-identified himself as a Democrat


Finally Mr. No-Show has Issues He Can Discuss: Marijuana Usage and Democrat Strategy 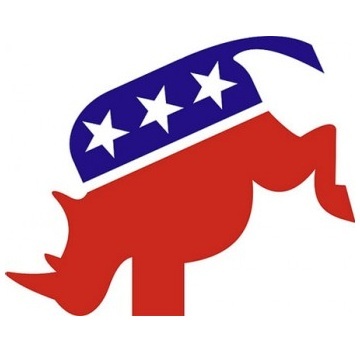 Don Cox, A.K.A. Mr. No-Show (does not show up for Candidates' Forums), who, up until now, has shown that he is completely incapable of discussing any issues at any time, now has twin issues he understands well enough to discuss: marijuana usage and Democrat strategy. For a commissioner candidate, who has never darkened the door at a Beaufort County Commissioner meeting, or even a candidates' forum as a candidate, knowing how to combine the functionality of governing a self-governed people with the intricacies of politics must be quite difficult for such a 'simple' man.

So, what does Don Cox do?

First, he hires the Washington Strategic Partners to counsel him, a group of three men, two of which have run repeatedly for elected office, and have never actually won a general election, and getting beat ..really .. bad .. every .. single .. time. The Washington Strategic Group (A.K.A. the 'Three Stooges') may have won one partisan election for others; the one that I am familiar with, was won solely on negative 'hit piece' mailers, and nothing more. Obviously, negative campaigning works to entice some people to vote for their one candidate that won. I would hate to know that this was the only way I could get elected.

Now, the Washington Strategic Partners are advising Mr. No-Show to start negative and stay negative, with his three 'hit piece' mailers, as the only way that their client, Don Cox, can get elected. Obviously, they have also advised Don Cox to not attend any candidates' forums, where Don would have to do more than discuss the only two issues that he actually does understand, as evidenced in his latest 'hit piece'.

Insinuating, by asking the question: "Is Stan Deatherage A Joker or a Midnight Toker?", that I partake in the usage of marijuana may appear to be a new low to some people, but understanding Don Cox as I am discovering him to be, this may this 'simple' man, however salacious, is crying out that he does understand issues - two of them in fact: marijuana usage and perfect Democrat strategy. The Sophistic Mr. Cox has spent bunches of campaign dollars reaching out to those that might be impressed by his political savvy, his personal sophistry; however, he has never really embraced any real issues until possibly now - his knowledge of marijuana usage and his respect for pure Democrat strategy. (Apologies for the repetition but it is well warranted at this point)


Once again: WHERE WAS DON COX?


At the second Candidates' Forum of Week, the Sophistic Mr. Cox did not bother to show up ... again; this time at the ideologically moderate Republican club, Thursday, April 24, 2014.

There is a significant pattern emerging here with Beaufort County Commissioner Candidate Don Cox: accuse your opponent of outrageous failings and then become that guy yourself. Such is the case with Mr. Sophistry in his last 'hit piece' mailer aimed directly at me to a large extent, and to a lesser extent, Candidate Keith Kidwell.

In that outrageous 'hit piece', Commissioner Candidate Cox did accuse me of having 'no respect for the taxpayers' because 'I was habitually late'. He also insinuated that myself and Keith Kidwell were each 1/2 of the 'laziest man in Beaufort County'. More silliness from a candidate that is not serious, handled by so-called political consultants, the Washington Strategic Group, who obviously advise this lump of clay to: have no real positions on issues; vehemently attack his more serious, more accomplished opponent; and then advise that candidate, under their political care, to ignore the electorate that cares enough to venture out to witness candidates bare their political souls. Just how pathetic does a candidate have to be to hire these sophistic 'stooges'.

This is incredible to me, for in my 18 plus years of intermittently running for office, I have never missed an opportunity to speak directly to the actual voters, juxtaposed against my fellow candidates ... the ones that actually bother to show up.


Sadly, Candidate Don Cox does not honor his own 'dear old Grandpappy' by following his recently espoused advice. Thankfully for Beaufort County, many of us more serious candidates, who are governed by principle ... did show up, and did discuss the issues.

Recently, I was was 'honored' to be included on the mailing list of a Candidate Don Cox 'hit piece' mailer, where the subjects of his misguided attack was myself and Keith Kidwell, but mostly me. He accused both of us of each being one half of 'the laziest man in Beaufort County' - I'm not making this up - while also accusing me of arriving habitually late to commissioner meetings. Also recently, actually within that same week, there was candidates' forum - one that was well attended, nearly 200 folks, a big crowd - where this county commissioner wannabe (Don Cox), ironically, did not even bother to show up ... No excuses, just a big no show.

Obviously, while the Sophistic Mr. Cox uses his granddaddy to provide grand words of wisdom to the 'low information' electorate, contrasting his fine character to the extent in which he extolled that I have been a poor commissioner; his grandpappy's words were not wise enough for this wannabe commissioner to heed himself. Speaking of a stark contrast of real character, I have run for 6 seats, won 5 times, and I have never missed a candidates' forum. This is Don Cox's prime example of disrespecting the electorate, the electorate he proposes to ably serve, where Candidate Cox's chief campaign gimmick is to provide petty innuendo as political fodder to attack the one proven Conservative in this race for the Republican nomination of county commissioner.

It is as if the Sophistic Mr. Cox is struggling to find a place on the Republican ballot by courting the prevalent Beaufort County RINO vote, where his one issue is attacking me, the pure anathema to RINO's everywhere. I am like the garland of garlic to blood sucking RINOs, and they shrink into the shadows when I approach, unless they feel emboldened to attack with their vague lies, and the petty conjecture that is the stable of their issue-less existence. It does happen.

RINO surrogate Don Cox, by vehemently attacking me, desires to be their candidate, to do their bidding - to take no position on issues in this election other than attack the Conservative incumbent, and then become their vacuous vessel, not unlike Al Klemm, Jay McRoy and the others, so many others of such lowly stature.

These RINOs need their malleable lumps of clay of such grand imperfection to mold as 'water carriers' to bid their special interests, and mold this county for their cliquish club of 'good buddy' over the good of the community. If Al Klemm is their retiring dupe, the Sophistic Mr. Cox is their new man - a real righteous dude to further their unrelenting special needs.

To me Republicans act like Republicans to be considered Republicans. Candidates that can offer nothing more than to viciously, and wantonly attack other more substantive candidates are not Republicans. So where does that leave the member of the electorate that would vote for one of those vacuous candidates, like Don Cox, so well impressed by the needs of special interest? Simply, it leaves them in a position where they have great need of serious education of what is real and what is not, and, furthermore, to expound upon the obvious. Hypocrites like Don Cox should never be allowed anywhere close to a governing board, where serious issues must remain the domain of serious people - at least we real Republicans.

Like always, I'm here to help with the electorate's lower informed individuals, who have the dire need for enlightenment and discovery. Hypocrites, like Don Cox, who would employ shallow gimmicks to win elections by fooling these folks, just to supplant a retiring RINO, have no place governing good people.


Publisher's Note: This article originally appeared in the Beaufort Observer.

The Beaufort County Conservative Republicans Club sponsored a Candidates' Forum at Beaufort County Community College Tuesday, April 22, 2014. You can watch the full program in the video clips below and those that will be posted at a later date.

The first candidate was Mattie Lawson, a Republican running for House 6, which includes much of the north side of the river in Beaufort County, plus Gilead Precinct. Ms. Lawson is being opposed by Ashley Woolard, but he did not show up Tuesday night. So there's only one House candidate.


Candidate Don Cox's 'Granddaddy' Got it All Wrong

My dear father, Robert Earle Deatherage, added another wrinkle of instruction to help construct the crystallization of my character, and often I hear his clear voice rattling around in my head before I make important decisions: "Don't be stupid son!"

Slandering the character, by insinuation or otherwise, of accomplished men as a means of elevating one's limited character against theirs will not, or should not get one elected. For Mr. Cox, his character assassination is a substitute for not having any rudimentary understanding of the job of managing a county, and by offering no substantive plan to help in these difficult times is no campaign strategy. However, if Don Cox is successful in conniving the lowest of the low-information Republicans /Independents into voting for him in sufficient numbers to get him through the primary, and through the general election, reasonable folk should question: Would substantive men, elected to serve the good, and substantially more enlightened people of Beaufort County, ever trust the vacuous Mr. Cox?

Mathew 16:26 - "For what will it profit a man if he gains the whole world and forfeits his soul?"