N.C. Senate District 1 Update: May 15, 2014 | Beaufort County Now | Yesterday was the first day of the 2014 N.C. General Assembly Short Session. Below are some of the issues that I will be working on in the coming weeks.

Login to Send a Private Message to Bill Cook
For Immediate Release:

Yesterday was the first day of the 2014 N.C. General Assembly Short Session. Below are some of the issues that I will be working on in the coming weeks.

I am opposed to ferry tolling, and in fact I have been opposed to the institution of tolls or increasing tolls on all ferry routes in North Carolina since beginning my legislative career. I have drafted a bill that will terminate the tolls on the three routes that currently have a fee as well as prevent a fee from being added to the four routes that do not currently have a toll. I have discussed my "no tolls" bill with leadership and other legislators. I hope to file this bill in the next few days. 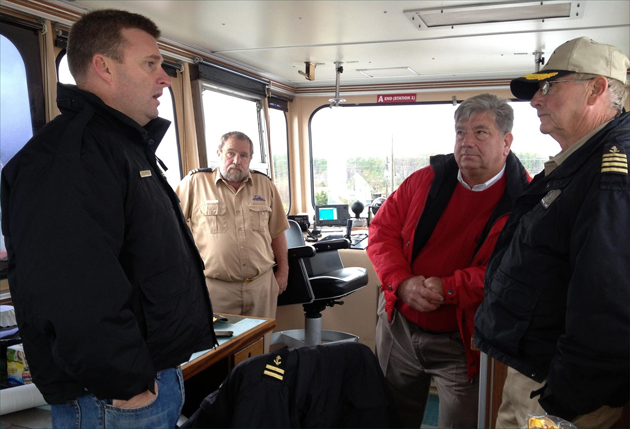 Listening to Jed Dixon, Deputy Director of the N.C. Ferry Division, along with ferry captains about their daily routine.

During the 2013 session, the Senate added a provision to a bill to establish the Oregon Inlet Land Acquisition Task Force. I am a member of the task force and Secretary of the Department of Administration, Bill Daughtridge, is the chair. An open and navigable channel is needed to allow economic growth to the region. A dependable and safe waterway passage for commercial and recreational boats is of paramount importance. The goal of the task force is to re-acquire the land around Oregon Inlet deeded to the federal government in 1958. Putting the inlet firmly in state control will open up opportunities to develop this waterway as it was contemplated in 1958 - as a vibrant route for commerce while protecting our environment. I will file a bill that will appropriate $15 million to acquire Oregon Inlet lands. 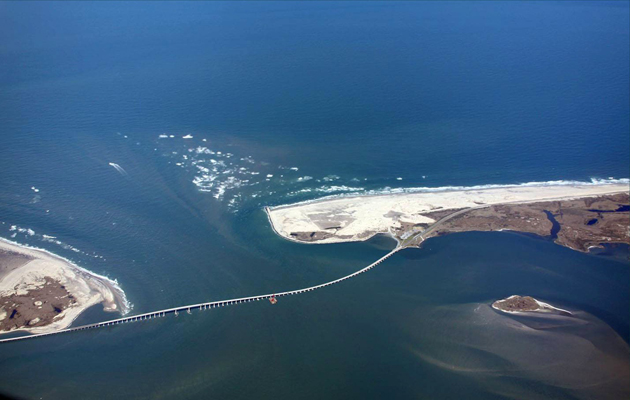 The current formula for allocating funds to small local education authorities (LEA's) inadvertently reduced their funding too much. This formula would put a particularly large burden on Hyde and Tyrrell Counties in the coming year. I have drafted a bill that would amend the Small County formula to provide additional funds to LEAs with less than two students per square mile. This bill would allow each LEA with less than two students per square mile an additional $500,000. Hyde and Tyrell would each receive Small County allotments of a little under $1.5 million. I have consulted with the Hyde County Schools superintendent, Dr. Randolph Latimore, and Senate leadership about this issue.

This negative ad also alleges that this bill supports efforts to allow trash companies to build "massive mega dumps." This is also simply false. The bill I voted for keeps all existing size and height restrictions for landfills in place. It even adds safeguards to protect the environment, like requiring environmental impact studies of any proposed landfills or expansions. Moreover, the ultimate decision on whether to build any landfill rightfully rests in the hands of your local county government, not the state government.

This is not a Republican or Democrat issue being raised in this negative campaign ad. It is simply the product of overzealous environmentalists.