Published: Wednesday, September 10th, 2014 @ 12:43 pm
By: John Locke Foundation   ( More Entries )
Publisher's note: The author of this post is Barry Smith, who is an associate editor for the Carolina Journal, John Hood Publisher.

They say they expect judge's decision to be overturned 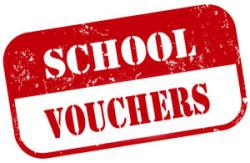 RALEIGH     Parents of nearly 1,900 students who had been awarded Opportunity Scholarships that were ruled unconstitutional last month by Superior Court Judge Robert Hobgood are sending their children to private schools anyway.

They're hoping that an appeals court will put Hobgood's order on ice while the legal wrangling over North Carolina's fledgling private school voucher program goes through the appeals process.

"There have been many private schools saying we're going to keep them regardless," said Darrell Allison, president of Parents for Educational Freedom in North Carolina, which supports educational choice, who also said he believes that opponents of the voucher program strategically calculated the timing of their legal efforts to try to disrupt the program. "We'll just try to make it work."

Hobgood's ruling came just days before most traditional public schools in the state opened up for the 2014-15 school year. Some private schools had already started.

Nikki Dunlap, whose 11-year-old son Austin is one of those children who started school before Hobgood's order was issued, drives her sixth-grader 25 miles from her home in Robbins to Faith Christian School in Ramseur daily.

"When Judge Hobgood did make his ruling, I went and spoke to the principal of the new school the next day," Dunlap said. "He said that Austin is allowed to stay because they really believe it's going to get overturned," she said of Hobgood's ruling.

Supporters of the voucher program are optimistic about the program's chances on appeal, partially because the N.C. Supreme Court put another one of Hobgood's orders on hold back in May. That order, issued in February, was a temporary block of the program until the case could go to trial.

Dunlap said the legal wrangling makes her situation a bit unnerving. "If they decide they are not going to have a scholarship program, then I'm worried about putting my son back in public school or possibly have to pay tuition [to the private school]," Dunlap said.

"He is doing great at this new school," Dunlap said. "He is getting the education and attention that he really needs. I'm just really praying and hoping that it goes through."

Dunlap said her son has been diagnosed with autism.

"In public schools, kids didn't really see him as normal, although his appearance is normal," Dunlap said. "He got picked on a lot."

Dunlap said she was worried, as her son entered the sixth grade, about sending him to a public middle school. She was afraid he would get bullied. She also said the public schools were passing him from grade to grade even though he wasn't reading at grade level.

"He's in the sixth grade, but he is more at a first-grade reading level," Dunlap said. She said her son is receiving more individual attention at the new school.

Allison said many parents who had been awarded Opportunity Scholarships for their children to attend private school are nervous because of the legal uncertainty surrounding the program.

"They're scared, they're hoping for a quick decision here," Allison said.

Allison said supporters of the Opportunity Scholarships program are battling powerful opponents in the N.C. Association of Educators and the N.C. School Boards Association, who brought suit challenging the constitutionality of the program.

"I think there was a calculation there... to disrupt the program," Allison said.

Allison noted that the program, which provides up to $4,200 in scholarships for children from lower-income families to attend the private school of their choice, was adopted by the General Assembly and signed by Republican Gov. Pat McCrory in July 2013. However, the lawsuits weren't filed until five months had passed, in December 2013.

Preliminary hearings and motions occurred in February 2014 as applications for the voucher program were being taken.

"The question needs to be asked, why did we wait?" Allison said. "We're talking a five to six month delay there."

Hobgood held hearings on the lawsuits in August, finally issuing an oral order to halt the program on Aug. 21. His written order was issued on Aug. 28.

Bob Orr, a former N.C. Supreme Court justice and an attorney for the N.C. School Boards Association in the lawsuit, could not be reached for comment.