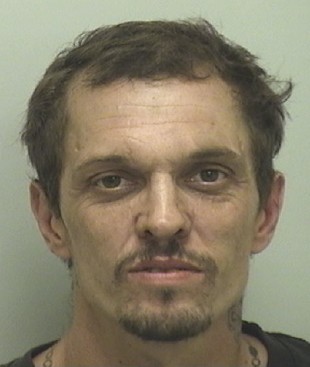 David Waid Jr
On August 22, 2014, the Beaufort County Sheriff's Office received a report of larceny of welding leads. The leads were stolen from a service truck parked on Highway 264 East in Belhaven. During the investigation, the welding leads were recovered from a recycling business in Belhaven. The leads had been sold to the business as scrap copper.

As a result of information and evidence gathered during the investigation, Investigator Christina Dixon applied for and obtained warrants charging David Gale Waid Jr, age 38, of Cedar Street in Belhaven with Felony Larceny and Obtaining Property by False Pretense. On August 29th, David was arrested and taken before Magistrate David Curtis. Waid was held in the Beaufort County Detention Center under a $1,500.00 secured bond.