Amanda Smith, a teacher at Beaufort County Early College High School, has been named North Carolina History Teacher of the Year for 2014. 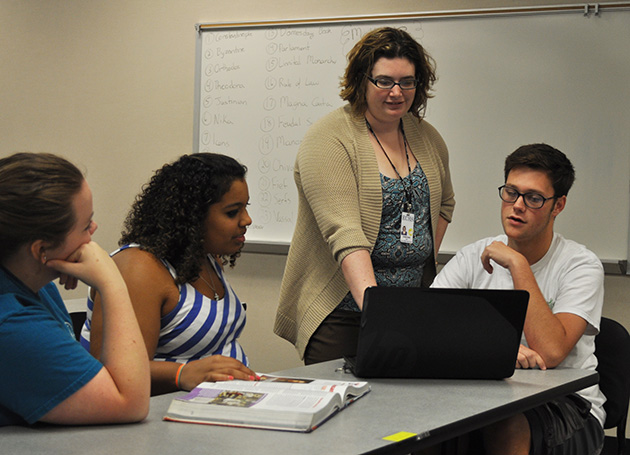 The award was presented to Smith at the Tuesday, Sept. 22, meeting of the Beaufort County Board of Education by Fay Gore, Section Chief of the K-12 Social Studies Division of the N.C. Department of Public Instruction.

It is sponsored by The Gilder Lehrman Institute of American History, The History Channel and Preserve America.

"A panel of teachers, administrators and academics from your state chose you for your use of primary documents in the classroom, the level of inspiration that you provide to your students and your career achievements in education," said Lesley S. Herrmann, executive director of the Lehrman Institute in citing Smith for the award. "We thank you for engaging students with dedication and creativity."

A native of Washington, Smith, 30, is a 2002 graduate of Washington High School. She earned a bachelor's degree in history with a teaching license from Meredith College in 2002 and a master's degree in public history from N.C. State University with a concentration in museum education techniques in 2010.

Smith has worked as a teacher for seven years, serving at Beaufort County Early College High School for three years. 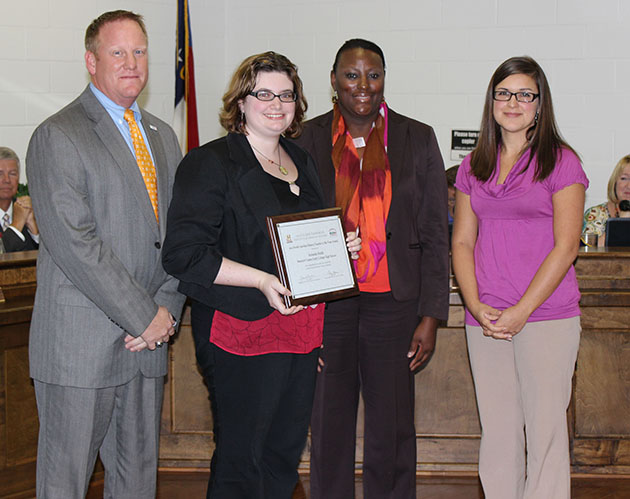 She is a member to the N.C. Governor's Teachers Network and, in that role, is working to develop lesson plans for social studies teachers that will be released in May. Her area of expertise in that project is non-violence, civil rights and human rights.

At BCECHS, Smith is co-advisor of the Interact Club, a service club affiliated with the Washington Noon Rotary Club. Students in the club volunteer at the local animal shelter and conducts fund-raising activities for Eagle's Wings, Ruth's House and the American Heart Association.

She is the author of a book published in 2014 about the Civil Rights movement in Williamston, titled "The Williamston Freedom Movement: A North Carolina Town's Struggle for Civil Rights 1957-70."

Smith is a volunteer with the Historic Bath State Historic Site where she leads guided tours and conducts educational programs.