The Ugly Truth | Eastern North Carolina Now | I think Gerard Butler is a fine actor in the right film and the right script. This was not that film.

Get ready for the ugly truth. "The Ugly Truth" is just not that good of a movie. It's not an awful comedy. There were some laughs along the way, however, they just were not the belly 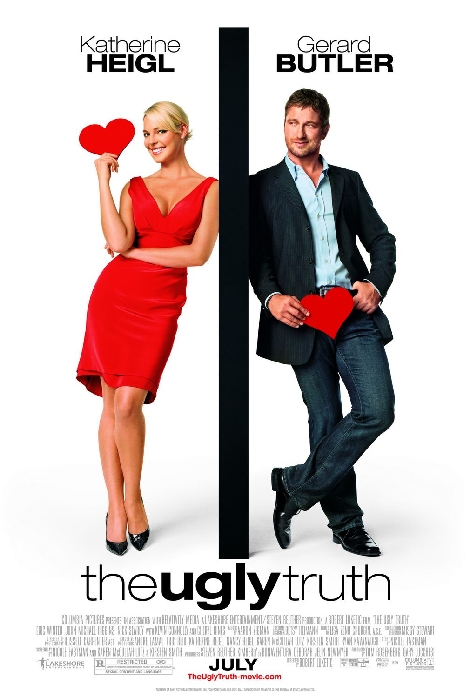 laughs the that a good comedy bring, and the story was pure formula. And that is sad, because there were many good actors wasted, and that is a terrible thing to waste.

Katherine Heigl plays Abby Richter, a young career driven TV news producer, whose talents are limited to her primary focus on profession. Her lover life is nonexistent. She is beautiful and she wants a man in her life, she just is clueless as to the complexities that is Man.

Enter Gerard Butler as Mike Chadway, who produces and hosts a public access show, "The Ugly Truth." The show discusses how men should deal with women in Mike's prescribed manner that borders on misogyny. This singular view of inter-gender interaction is naturally abhorrent to most women - especially Abby.

Regardless of Abby's singular vision, her TV news show is last in ratings, and her boss, Stuart, played by Nick Searcy, knows they need a revitalized format and they transition by adding a new segment: The public access version of "The Ugly Truth" gets an upgrade to network TV. As this borderline vulgar interpretation of the interpersonal relationships between men and women is relegated to the purview of Feminist Abby, the sparks begin to fly, and as the show becomes even more successful the sexual / romantic tension is understandably dialed up a notch.

This is where the film does not work. There was simply not enough ground work laid by Director Robert Luketic to support this premise. Furthermore Gerald Butler, who is a wonderful actor 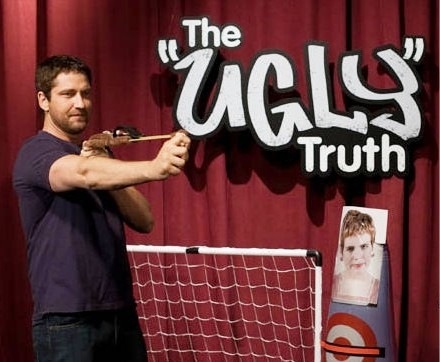 in the proper roles, was miscast, or not enough attention was paid to the detail of his character by the director. On occasion, Butler, who was playing an American, would slip back into his thick Scottish accent. In an creative environment, with today's caliber of actors on hand, with their accompanying dialect coaches, this is unacceptable.

Am I being picky? Probably, however, I do not suffer romantic comedies gladly if they do not measure up. "The Proposal" was significantly better, and its actors were no more qualified to perform at an more optimum level. In this scenario, the story written by a committee women writers: Nicole Eastman, Karen McCullah Lutz, and Kirsten Smith, and it just did not work 96 minutes they took to tell some semblance of a story.

Bottom line, the film didn't work for me. Maybe it will work for you. Good luck.