Stepping Back in Time has its Advantages 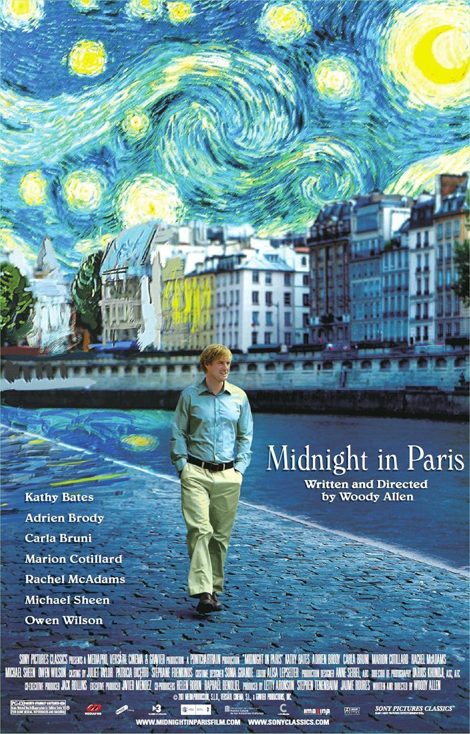 success. "Midnight in Paris" takes the Writer / Director's oft-used genre to a whole new level, whereby this step backward allows the central character not only to discover a historical point of reference for his avocational aspirations, but, simultaneously, a window into his creative soul.

As per usual in many Woody Allen films, the writer creates an environment where his alter ego not only has the opportunity for cathartic discovery, but an ambiance whereby his awakened creative spirit finds a path to thrive in a brave new world of his own design. In this brave new world, the central character, who plays Woody's alter ego, Gil, is Owen Wilson. Owen Wilson's Gil is a frustrated, unsuccessful novelist, who makes his real money as a Hollywood script writer and script re-writer. In his adaptation of Allen's cathartic spiritual entity, Actor Wilson replaces his usual nurturing whine with Woody Allen's cinematic voice, his trademark semi-neurotic whine, and he pulls it off.

Owen is successful in showcasing the Filmmaker's illusion of a separate reality, where Allen's alter-ego finds a proper stage to project an overstated understanding art, ideas and how they all intertwine so successfully with near full blown neurosis. Yes, it was the normal Woody Allen film, but did it entertain quite well, which is not always the case? 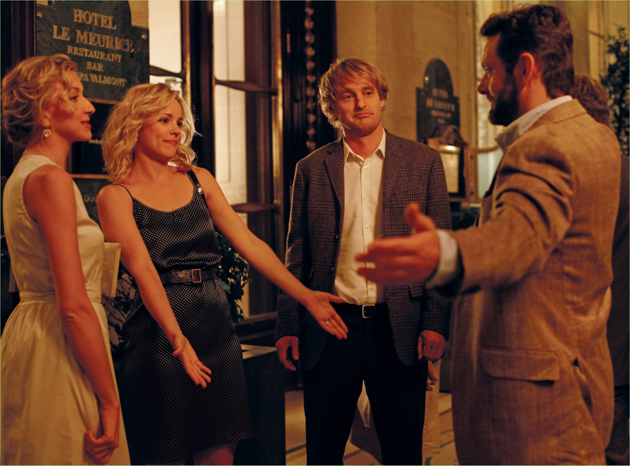 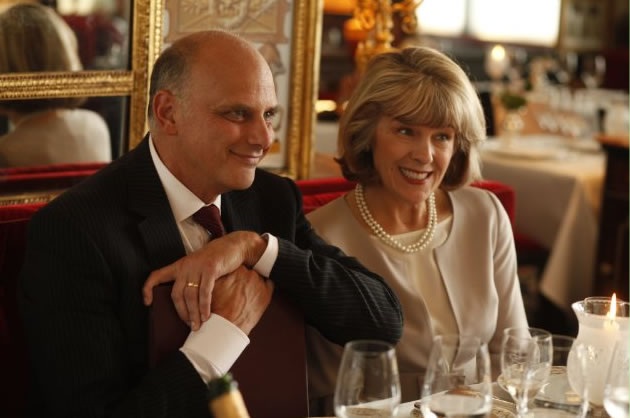 It did entertain, because the story was compelling, with good dialogue, and the actors well complemented those strengths to the betterment of the film. Even Allen's semi-neurotic whine did not ruin the film prospects, but rather accented its possibilities. This is the power of story, and the actors who understand it.

Fortunately, for this script, which is inexorably character driven, the actors are more than competent in their interpretation of their duties. I have already discussed Owen as Gil / Woody Allen, now Michael Sheen as the pedantic Paul. For an actor, who has played former Great Britain Prime Minister Tony Blair thrice, pedantic confidence was a cinch for the venerable British actor. Prospective bride and fiance to Gil, the unmarriable Inez, was played by Rachel McAdams, with bitchy aplomb.

The parents of Inez, who paid for their trip to Paris, John, played Kurt Fuller and Helen, played by Mimi Kennedy, were portrayed as materialistic narrow-minded Republicans. Juxtaposed against Gil's more charismatic Liberal ideology, this was Woody at his pedantic, narrow-minded best; however, the film still works for all the aforementioned reasons.

Most notable of the reasons for the film's success is serendipitous time travel, when Gil, Owen Wilson, strolls the streets in Paris, lost; then at the stroke of midnight, he finds himself invited by perfect strangers to ride in their vintage 1920's era chauffeur driven limousine to a party. Once inside the vintage limo, Gil discovers the two passengers, who resemble the Fitzgeralds, F. Scott and Zelda, and who eerily have those same names. 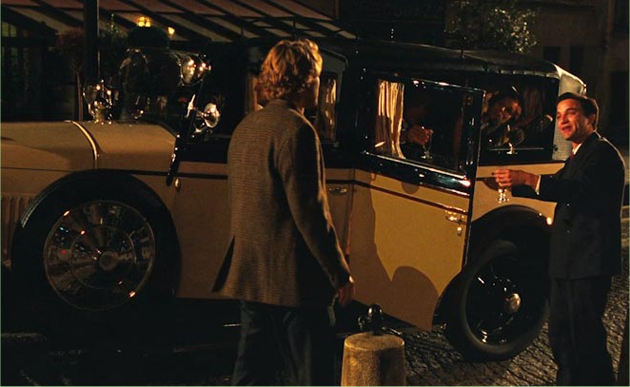 Gil, Owen Wilson, invited to go on the ride of his life: Above. The 1920's era party is starting to resemble the cliched reports of just how uniquely outrageous those affairs became on any given evening: Below. 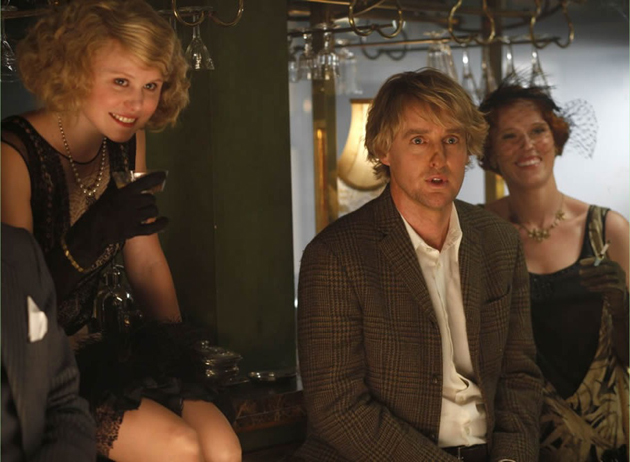 Remarkably, Gil is driven to a party that is a complete facsimile of a gay 1920's social affair, with someone resembling Cole Porter singing a Cole Porter song, "Let's Fall in Love," and the fellow sounds just like Cole Porter. Scott and Zelda are acting just as was reported: Scott's petulant infatuation with Zelda, Zelda's zany, madcap personality (disorder?), and then a sudden certain awareness overcomes Gil: Could he have stepped back in time to the period, and the place that he considers to be most perfect in his Parisian inspired fantasy of hyper-sensitive romantic adulation of an era long past? 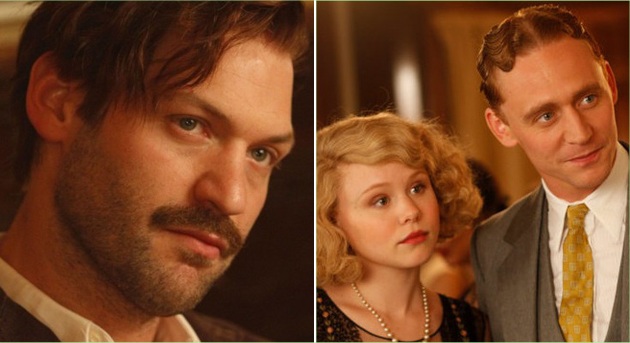 For me, this was the best part of the film: the meeting of the great artists, many of them expatriated Americans, whom resided in Paris during this true golden age of artistic expression. Furthermore, not only were these parts best written, they were similarly best acted.

Gil: "Gil Pender."
Ernest Hemingway: "Hemingway."
Gil: "Hemingway?"
Ernest Hemingway: "You liked my book (At this point in the late 1920's, Hemingway had only written two books - the second of which, "A Farewell to Arms," was what Hemingway referred to here)"?
Gil: "Liked? I loved all of your work."
Ernest Hemingway: "Yes. It was a good book because it was an honest book, and that's what war does to men. And there's nothing fine and noble about dying in the mud unless you die gracefully. And then it's not only noble but brave."
Go Back