The Pacific, Installments III & IV | Eastern North Carolina Now | The toughest and bloodiest war ever fought on this planet was fought all over the globe in two theaters of action. This is the story about one of them -The Pacific.

A Time to Rest and Regroup

But war can be Hell even when the Marine Corps is not fighting.

With the battle of Guadalcanal won and Henderson Field operational, the. Marine Corps 1st Division needed and deserved a fine rest. Australia was the nearest civilized, at least by the Marine 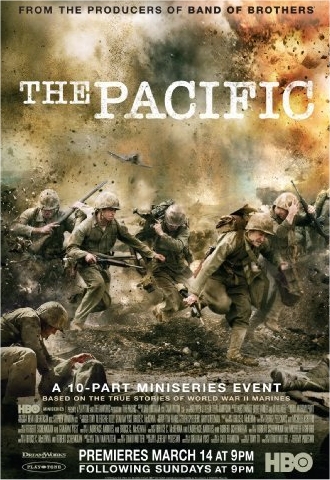 Corps standards, haven for these battle weary Marines. The Melbourne, Australia destination offered a good bit of drama, nonetheless, for these lonesome marines as they struggled to strike a balance between warrior and human being.

The warrior ego had consumed the psyche of these young men, and thankfully, the respite in Melbourne would be the tonic to give them the will to continue. The citizenry fighting in Melbourne were ready for the onslaught and most thankful for these heroes of Guadalcanal, whose fanatical bravery saved them from the same fate as the Philippines.

1st Division Marine Corps heavy weapons expert Robert Leckie, who had more than his share of the horrible fighting on that battlefield in the Solomon Islands, commanded a sizable interest in this latest installment. Robert Leckie, from Rutherford, New Jersey, wrote “Helmet for my Pillow,” his memoir, in part, chronicling his time as a soldier from Guadalcanal to Peleliu. His personal and mildly profane examination of his experiences in the 1st Division was, along with fellow Marine Eugene Sledge’s personal account, “With the Old Breed: At Peleliu and Okinawa,” formed the literary backbone of this 10 part miniseries, “The Pacific.”

PFC Robert Leckie, played with introspective intensity by James Badge Dale, found his sensitive side begin anew, while on a Melbourne trolley, in the person of Stella, played by Australian actress Claire Van Der Boom. Stella was from a loving Greek family, who had immigrated to Australia when her mother and father were much younger. Robert Leckie, who was easily the most complicated and conflicted of the three lead characters of the miniseries (the other two lead characters are: Eugene Sledge and John Basilone), fell easily into 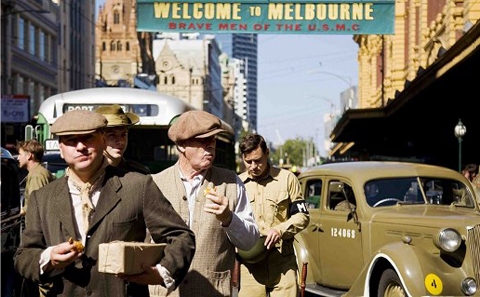 the relationship and the loving family. In realty, this Robert Leckie / Stella never occurred, the composite relationship was the perfect foil to enhance our understanding of who the PFC was, and to the nature of what extent his better angels could guide his life in this maelstrom of war.

John Basilone, the anointed hero of Guadalcanal, spent this long stretch in Australia (the 1st Division was in Australia longer than Easy Company, from “Band of Brothers,” were in England), staying drunk and carousing, when he wasn’t training with his men. In the cricket stadium in Melbourne, where the 1st Division was bivouacked, John Basilone stood at attention and received the highest 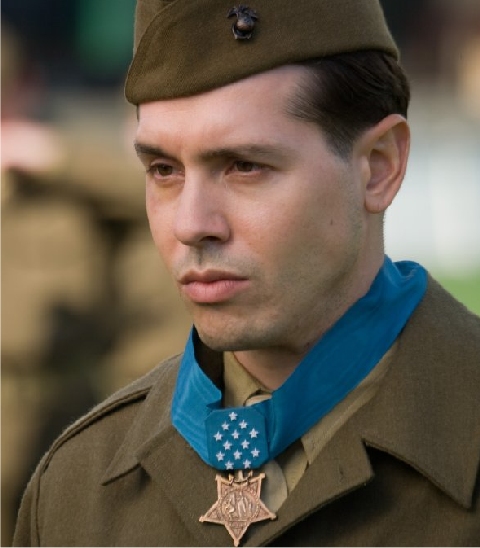 honor his nation could bestow for heroism - the Congressional Medal of Honor. After that award ceremony, Sgt. Basilone was sent back to the United States for the War Bond drive, which is how the United States funded wars at that time.

Eugene Sledge, the third lead character, was back in Mobile, Alabama begging his doctor father to allow him to join the Marines and follow his boyhood friend PFC Sidney Phillips played by Ashton Holmes, whom we met in the first two installments. He would soon become part of the ensemble of fighting Americans, who would soon learn well the duality of their fragile egos between fearless warrior and frightened man. Fortunately for the United States citizenry, the fearless warrior mostly held the good ground long enough to vanquish our enemies. It was Hell and these men needed the well deserved rest of Australia.

The fourth installment of “The Pacific” finds the 1st Division of the Marine Corps at the Battle of Cape Gloucester on the island of New Britain. There, the 1st Division found light resistance from rear echelon Japanese regulars and mainly endured the swamp, the jungle and the endless rain. It was a daily struggle to discover any shred of humanity in the jungle and the slop. Battle on dry ground would be a welcome relief for these tired soldiers. 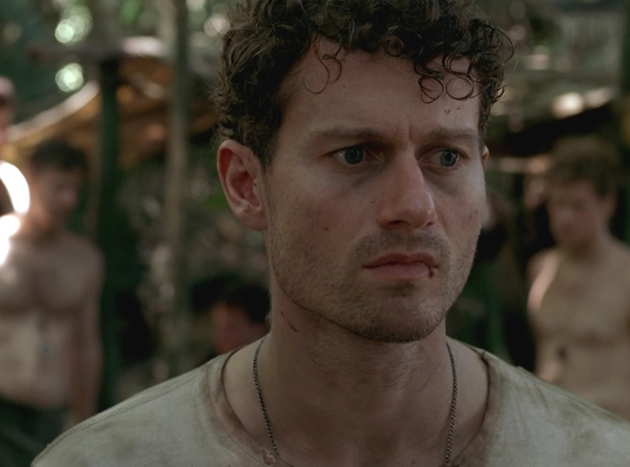 Robert Leckie suffered from chronic nocturnal enuresis: A condition of incontinence brought on by the incessant seasonal moisture in the jungle. This installment showed to what extent the U.S. Marine could endure misery and how far it took before some soldiers cracked. The installment was necessary to provide a fundamental foundation as to who the 1st Division Marines were, however, I was more looking forward to the next installment and behind to previous installments that supported their future endeavors as defenders of our nation.

Not Rated, but would be R rated if a theatrical release. Premiered on HBO March 14, 2010.