Raleigh, N.C. - Governor Pat McCrory signed today a $21.735 billion state budget that supports his agenda as proposed in his State of the State address and in his budget proposal submitted in March.

"The budget submitted to me by the General Assembly includes many of the goals and ideas we put forward to provide the tools North Carolina needs to continue what we have accomplished during the past three years," said Governor McCrory. "Now we can work together to implement a common-sense vision for our great state that includes job creation, education, healthcare and transportation." 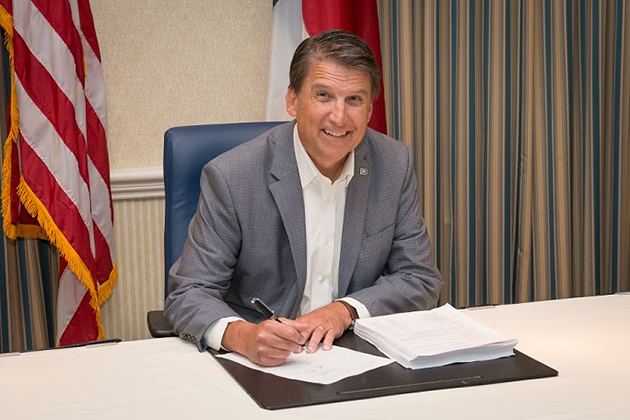 Among the specifics that Governor McCrory cited include fully funding Teacher Assistant positions, increasing the starting pay for teachers to $35,000 a year, fully funding Drivers Education across the state and increasing support for mental health services.

Additionally, the tax reform included in this budget and previous budgets since the governor took office will save hard-working North Carolina taxpayers an estimated $4.4 billion through fiscal year 2017-18.

Other provisions in the budget that were included in the governor's proposal include:


"I look forward to working with the General Assembly to implement these programs to make North Carolina an even better place to live and work and build the economic foundation for the next generation," said Governor McCrory.