One of the Greatest Songs, Transcending Eras - "The Weight" | Beaufort County Now | One of my favorite bands from my era, which produced the best music of the 20th century, is The Band.

One of the Greatest Songs, Transcending Eras - "The Weight"

One of my favorite bands from my era, which produced the best music of the 20th century, is The Band. The Band is not known as well as one might expect, even though one of the greatest documentaries ever made - The Last Waltz - was made about them by Martin Scorsese. If you read the linked review, by Wyatt Sanderman Day, you will learn much about this fine ensemble, which, sadly, three of these five creative spirits have now departed, with Levon Helm passing recently.

Today, we celebrate their passing (Richard Manuel, Rick Danko and Levon), and their great talent by reprising their original song, The Weight. The version that we present here today is from the aforementioned documentary, The Waltz, done on a superbly lit set, featuring the gospel singers, Staples Singers. 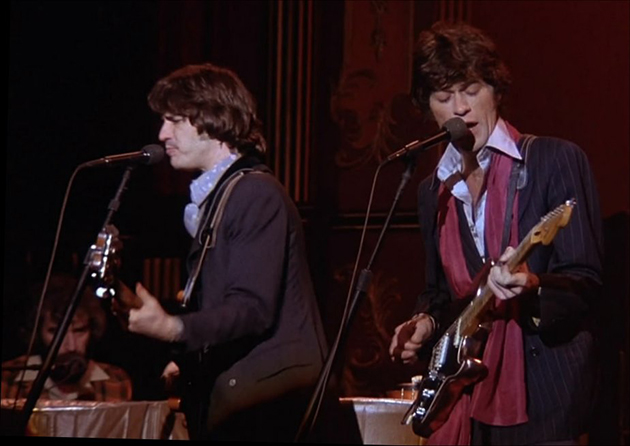 From The Last Waltz: 3 members of The Band - (from left to right) Richard Manuel (departed), Rick Danko (departed), Robbie Roberson (still with us).

The addition of the Staple Singers accentuates the gospel influence of this Southern song, with the defining lilt of Garth Hudson's Zydeco Organ chords wafting nonchalantly as a period placement, a mood bender. Besides the Staple Singers's enriching presence, every member of The Band fills in to hone this song's lyrical wall of sound, and especially Rick Danko, when he does his "Crazy Chester" verse solo.

It just does not get any better than this.