Raleigh, N.C.     Missouri's Democrat attorney general and candidate for governor, Chris Koster, said yesterday the Obama administration was "wrong" to issue a directive to the nation's public schools to allow transgender students to use bathrooms and locker rooms that match their gender identity, Morning Consult reports.

In North Carolina, however, Attorney General and Democrat candidate for governor Roy Cooper continues to side with the Obama administration even amid reports of confusion and concern by school officials and parents following the President's directive to schools. 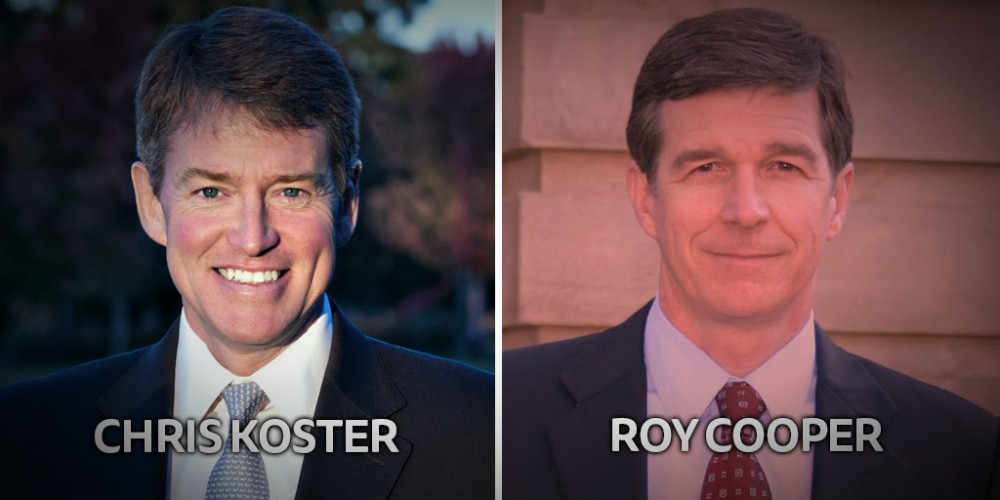 "These two politicians may be in the same position, but their priorities are worlds apart," said Ricky Diaz, McCrory's campaign spokesman. "While one attorney general and candidate for governor is distancing himself from the President's directive to open bathrooms and locker rooms in schools to the opposite sex, Roy Cooper continues to hug the President tight instead of doing his job to defend North Carolina families and children."

Cooper's support of the President's directive to schools follows a long pattern in which Cooper failed to defend North Carolina against Washington, D.C. and far-left interest groups over this issue. After Charlotte's city council first passed an overreaching mandate requiring businesses to open restrooms, locker rooms and shower facilities to the opposite sex, Roy Cooper refused to intervene to overturn the local ordinance. Cooper's office has also failed to defend the state in lawsuits over its new bathroom privacy law, even though he's required to do so by state law. Cooper failed to defend North Carolina amid threats from the U.S. Department of Justice to pull federal funding to North Carolina, and has reportedly had conversations with CEOs who have been coordinating boycotts and threatening to pull jobs from the state.