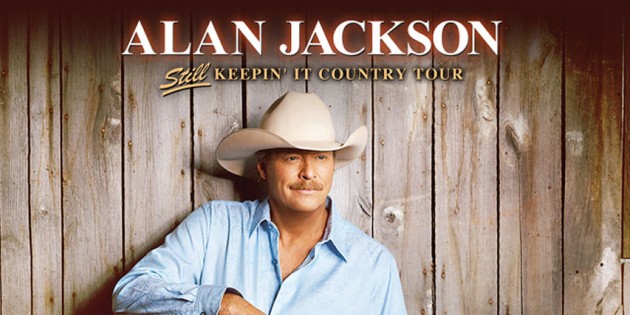 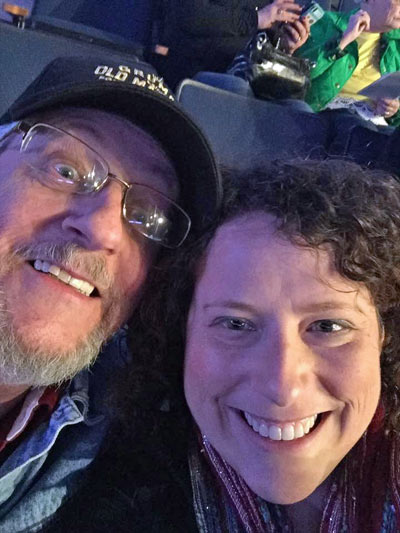 I went to a concert with my daughter last Saturday night to see Alan Jackson and Lee Ann Womack. Alan was born and raised in Newnan, Georgia, which is just about forty miles southwest of Atlanta, so that make him a neighbor and we Crackers always support our own. In my own defense, my daughter took this selfie of her, I was merely in the frame at the time. I rarely take 'SELFIES" except here on BCN (you believe that don't you?)

We always try to make at least one concert a year together. She has always graciously allowed me to pick the concert. So far we have seen Toby Keith, Neil Diamond (x4), Willie Nelson, as well as multiple musicals at the Fox Theater (Phantom of the Opera).

The concert was great, we had good seats and both Le Ann and Alan's performance was professional. There were no fireworks or overly exaggerated light shows. I had purchased tickets on third row of the first section, which was close enough to see but not quite within range of the t-shirts that he threw to the crowd during the show. 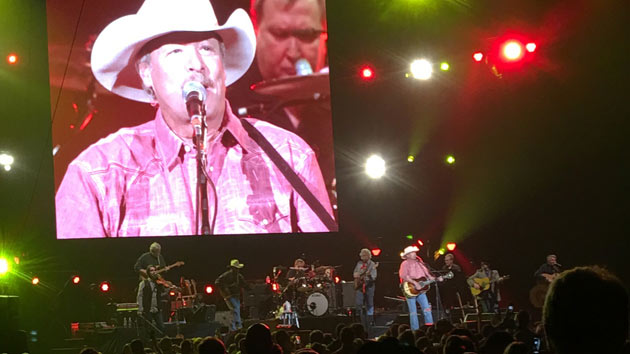 Here is a picture from my Iphone from our seats. 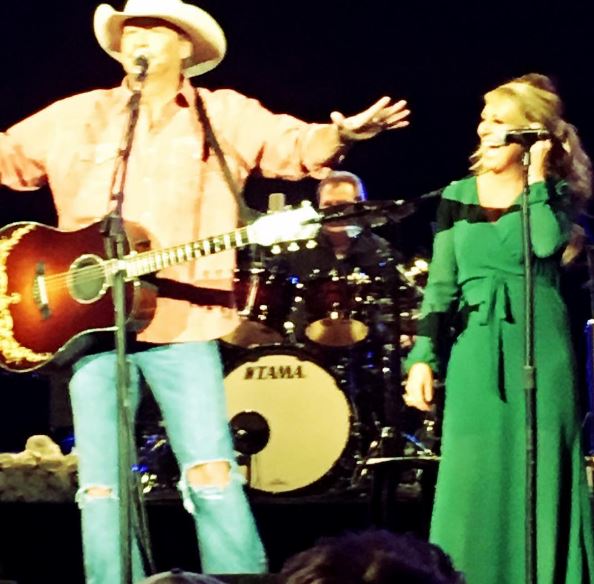 Here is another picture of Alan and Lee Ann during a duet I may have been distracted.

I will not ask you to endure any more blurred and nonprofessional pictures of the concert. I went to see the show, not to document it with my high quality, expensive, state of the art, pocket communicator formerly known as Steve Job's retirement package, may he RIP.

Three of Alan's songs always bring tears to my eyes because they express so closely the emotions from my own family. "Drive for Daddy Gene", and "Remember When", and the third "Living on Love" below (2nd embed). You can see Daddy and Remember When just by doing a search right here on BCN using the Video Search feature here.

Below are a couple of videos from the official tour site showing the live performance in quality that I cannot match with my Iphone..

Alan's beloved mother, Mama Ruth, has passed away January 7. 2017 at the age of 86. His rendition of this song so soon after his mom's passing is a credit to the meaning of the song and his professionalism. Behind him is the slide show with pictures of his family.

It seems that entertainers just cannot get through a concert without making a political statement. Naturally Alan had to offer his opinion. He sang a song that he wrote some sixteen years ago. "Where Were You (When the World Stopped Turning)". It drew a standing ovation. 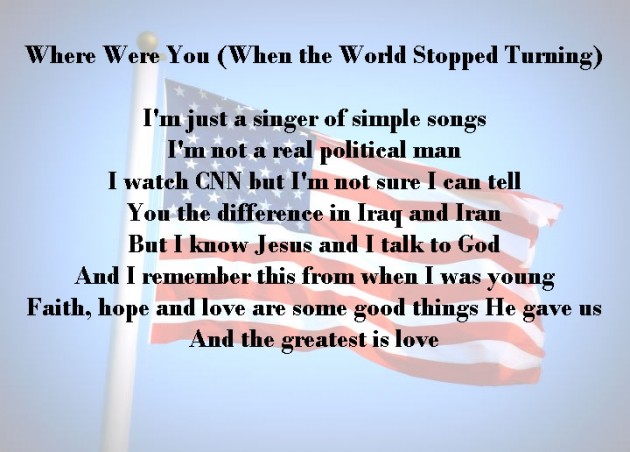 Where does the President's Executive order have a place in this whole scenario, you ask? Well someone must have misinterpreted the true meaning of the Order. It took us over an hour to get out of the parking lot due to the extreme vetting of every redneck and car in the parking lot. That is just beyond the pale and I intend to mount a protest. In keeping with the current trend, I intend to dress up like a redneck (MYSELF) and march around the parking lot during the next Dixie Chicks concert protesting the abject discrimination against all Bubbas and Bubbetts.