Found and Contextually Shared: Jerry Douglas Then and More Recent | Beaufort County Now | I happened upon an early recording of Iris Dement's "Our Town" from the early 1990's, a song that played a large part in classic TV series Northern Exposure's swan song. That memorable last TV show signing off this beautiful classic really stuck with me.

Found and Contextually Shared: Jerry Douglas Then and More Recent 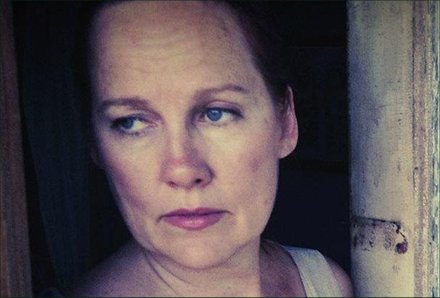 Great music is made in America for all the right reasons.

Iris Dement in recent photo (courtesy of her site)
I happened upon an early recorded video of Iris Dement's "Our Town" from the early 1990's, recorded in 1992, a song that played a large part in the classic TV series "Northern Exposure's" swan song. That memorable last TV show signing off by this beautiful classic really stuck with me. In fact, from that exposure alone, I became familiar with this simple melody of the poignant loss of almost everything familiar and good. It is a powerful subject, if you care for this kind of thing ... I do, I really do. "Our Town" must be one of the ten greatest pure country classics ever penned, all to Iris Dement's credit.

As mentioned, this unique video of this classic lament found me as much as I found it. It is here, playing alongside Iris Dement and EmmyLou Harris singing background vocals, that I noticed Jerry Douglass, Dobro Master Extraordinaire, as a young man getting some exceptional exposure making his dobro twang its sweet mournful mood.

I have been a big fan of Jerry Douglas since he joined Union Station of the Alison Krauss fame. He did so much to round out their Bluegrass /Traditional Music /Country /Rock'n'Roll eclectic genre, and helped make them one the greatest bands of their generation. Alison Krauss has long promoted Jerry as 'the greatest living Dobro Player'.


He probably is, and I share this lasting video of an older Jerry Douglas playing his version of the Jimi Hendrix classic "Hey Joe" as further proof: Below.


I cannot end this piece without that classic video rendition of Iris Dement's "Our Town": Below.