From Frozen Surface to a Great Egret's Feeding Grounds | Beaufort County Now | My Mac'swood pond often provides a special stage for the beauty within nature.

From Frozen Surface to a Great Egret's Feeding Grounds

Login to Send a Private Message to Stan Deatherage
My small Cypress pond, bordering the entirety of my front yard - even my front drive is bulk-headed by ancient Cypress knees - gives up much beauty.

My Mac'swood pond often provides a special stage for the beauty within nature. It begins with a frozen pond, so frozen, I am able to move across it safely. 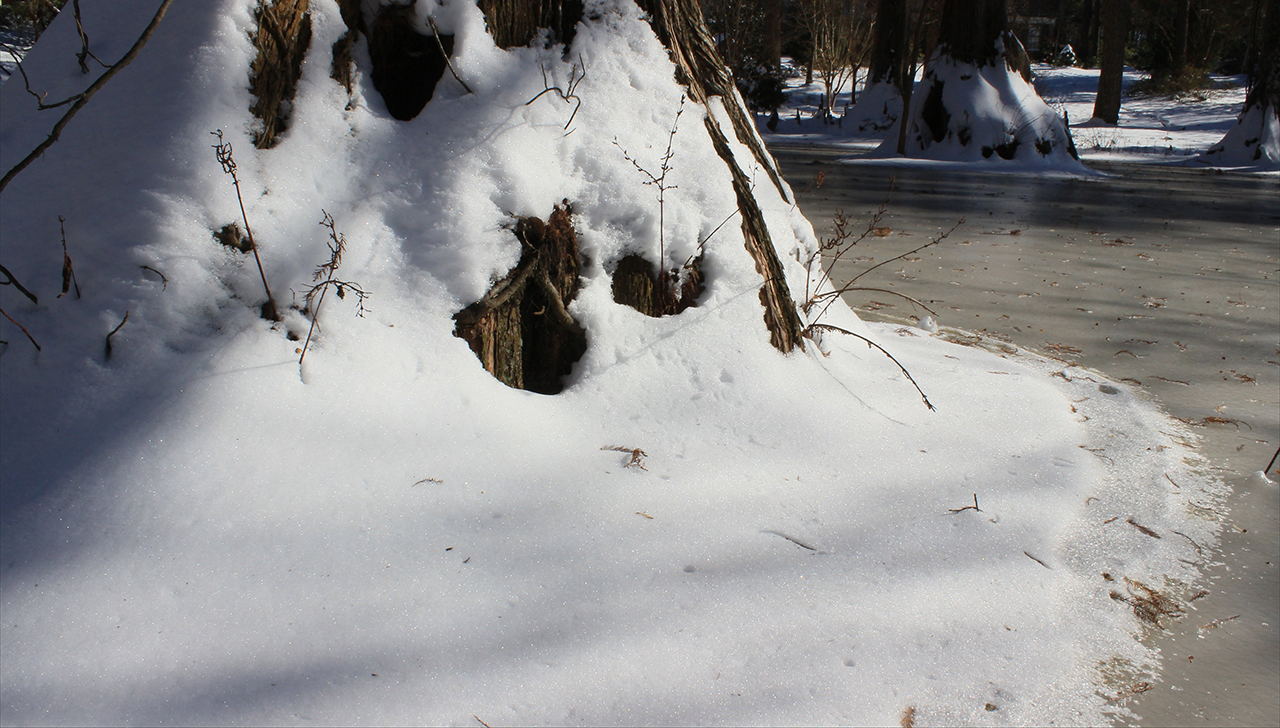 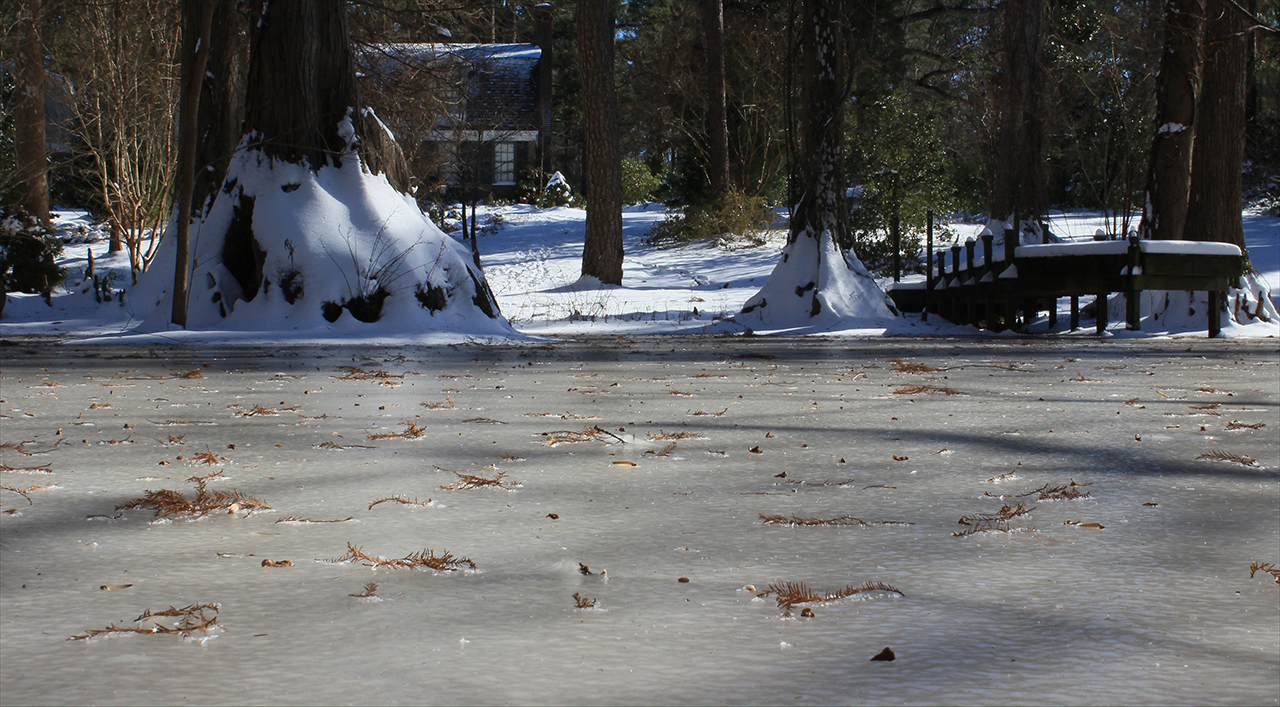 All water is seasonal; my Cypress pond: floods, dries up. However hard to keep fish in this pond, it is a veritable attraction to many birds for resting and feeding - the pond is home to many large frogs. 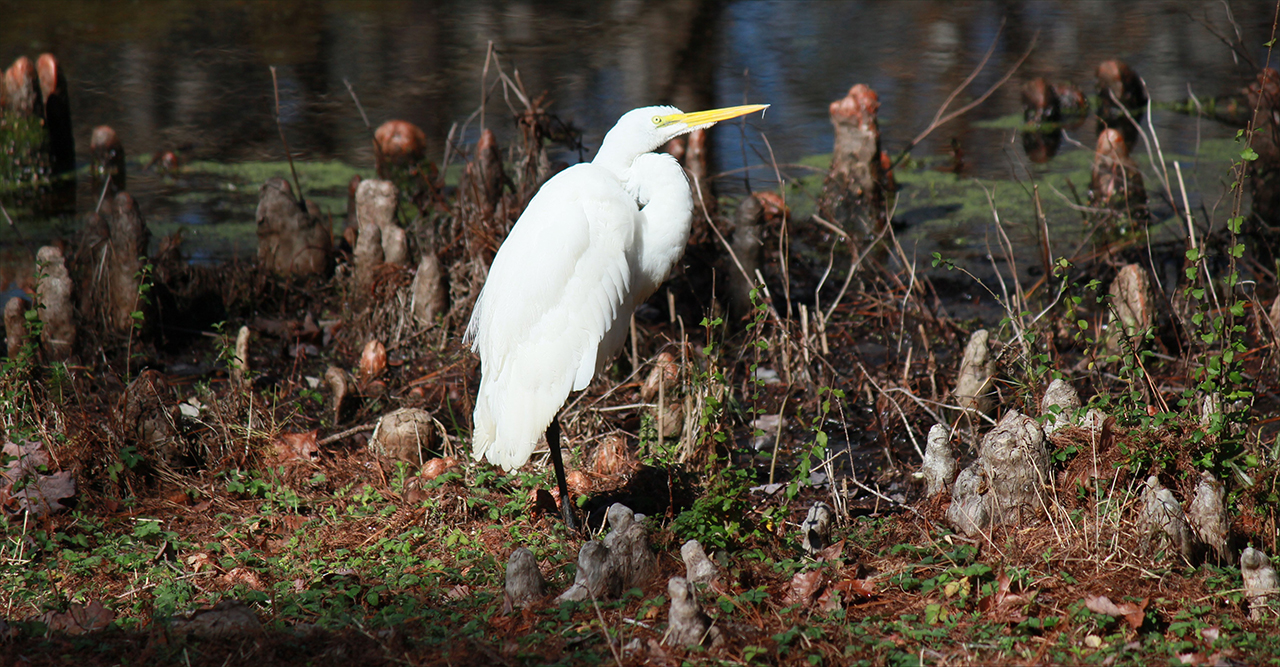 My little piece of waterfront froze the first week of January and the second week of February it fed a migrating Great Egret all the frogs it could find to ingest: Above and below.     photos by Stan Deatherage    Click image to expand 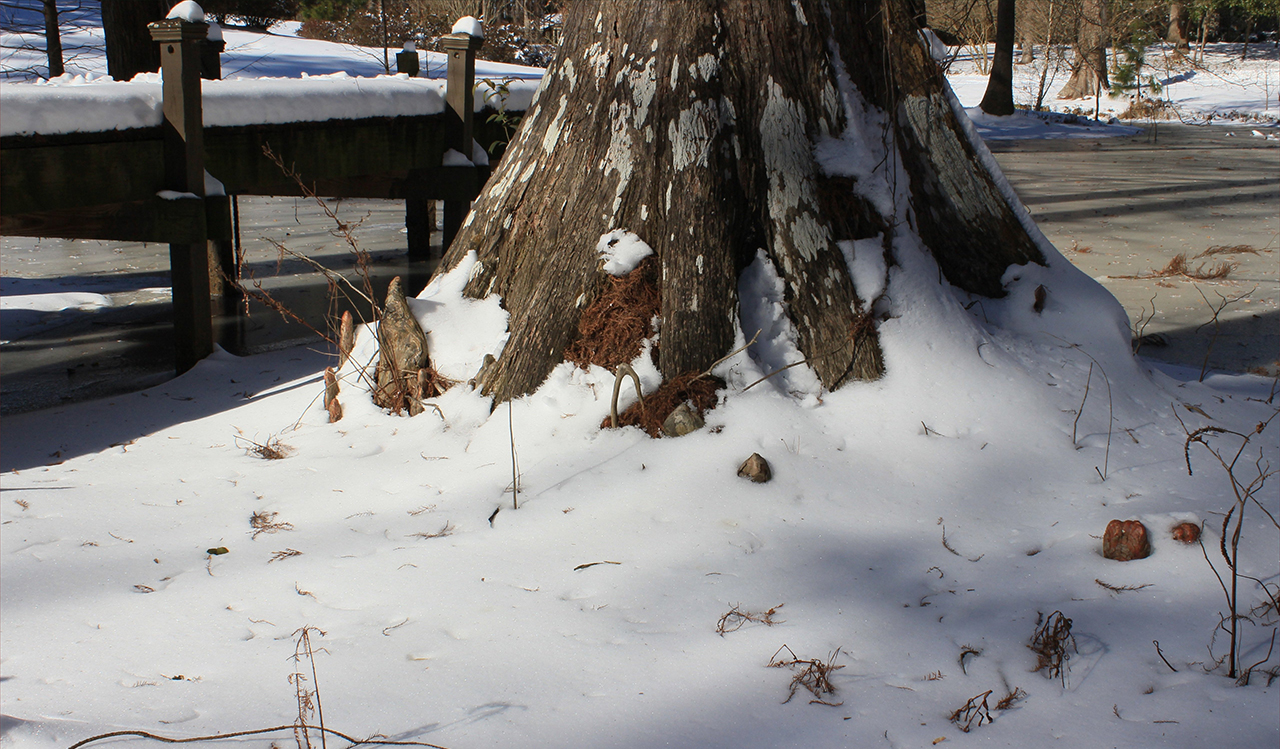 I often find Herons, Mallards, Geese, and now a Great Egret taking advantage of the rich murky waters of Stan's Cypress Pond. This pictorial is primarily dedicated to the great supposition: Much can happen in 6 weeks time. 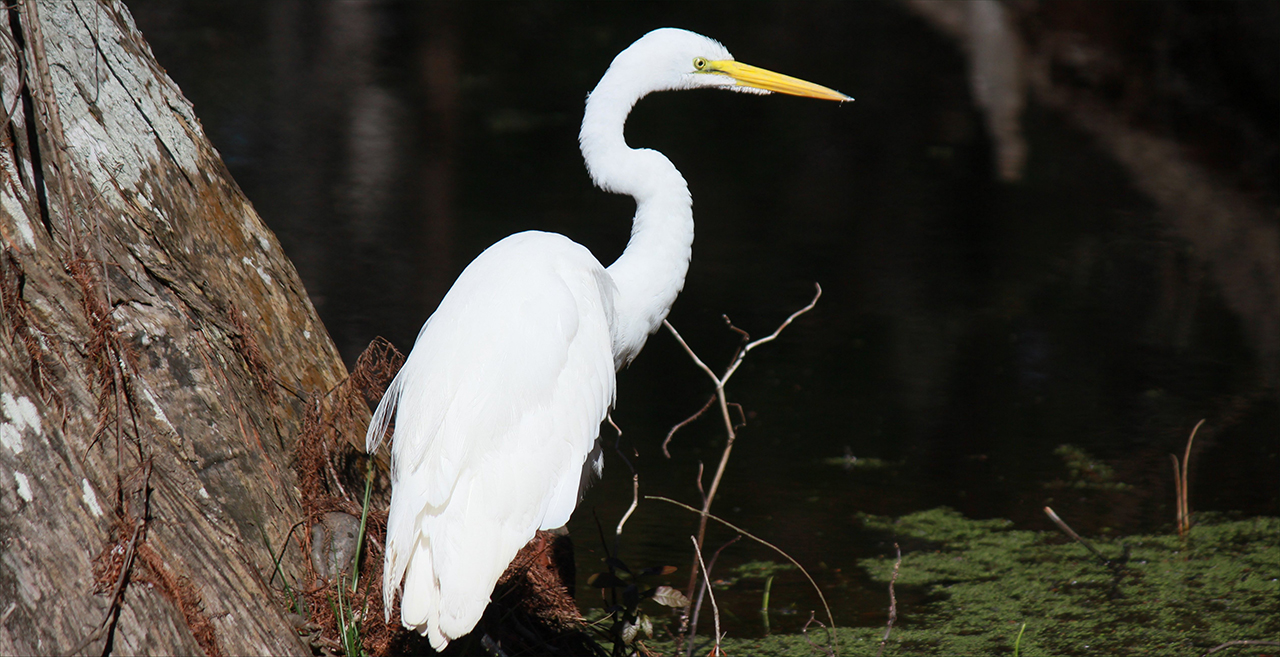 I did my best to match up the frozen images with the ones of the great Egret on a far warmer day: Above and below.     photos by Stan Deatherage    Click image to expand 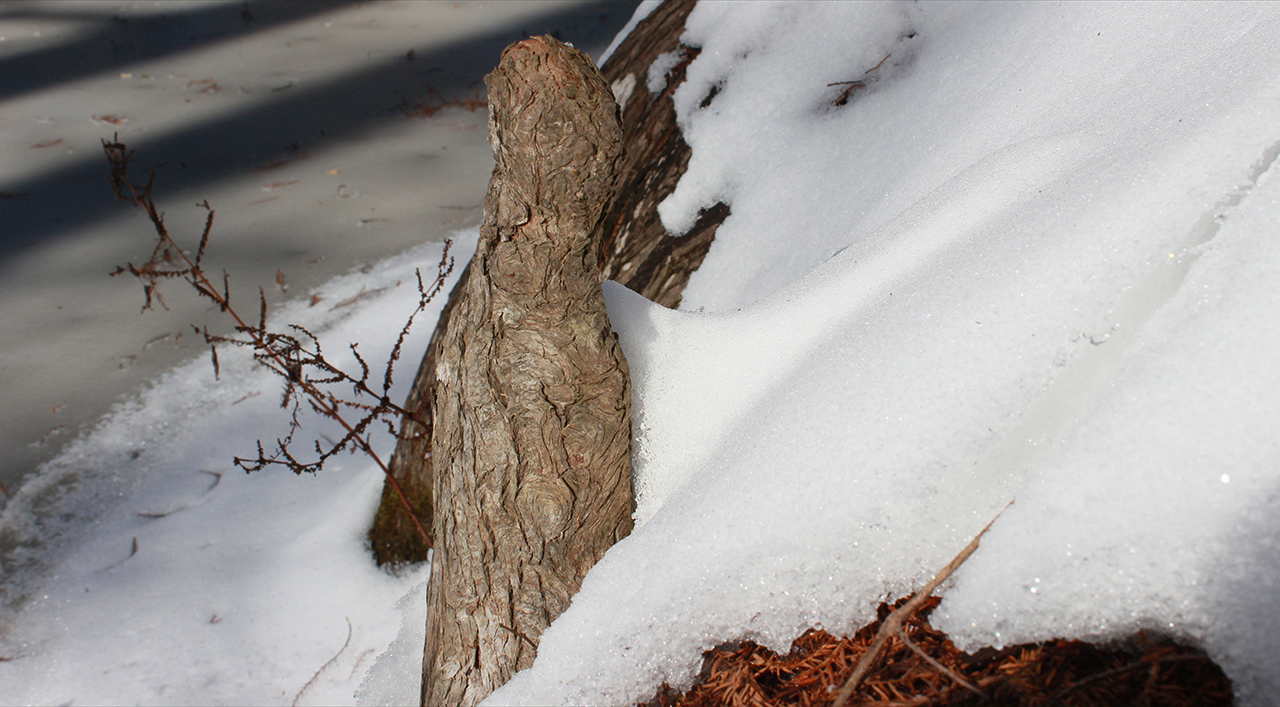 At one point, I emphatically instructed this visiting Great Egret: "If you are going to eat my frogs, you will have to pose for my camera." 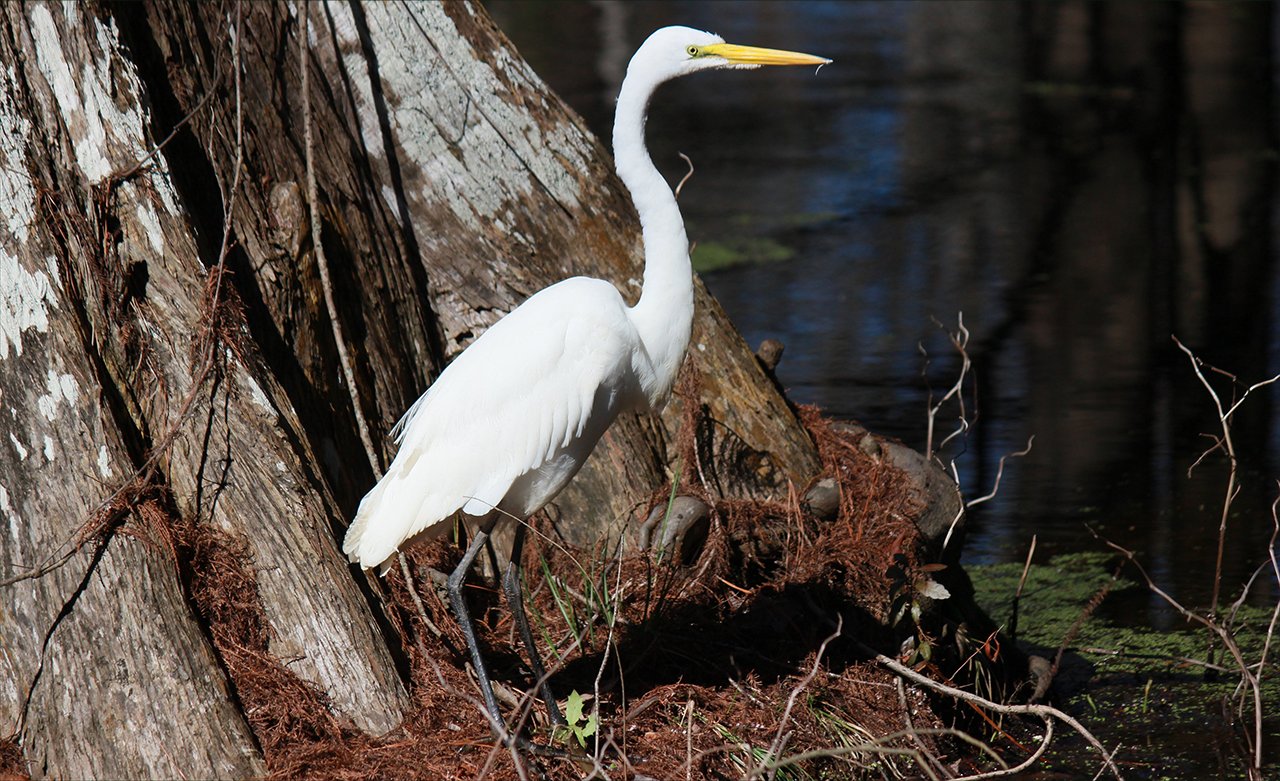 Among the Cypress knees of my pond on this warmer day, I watched this Great Egret take a frog in one gulp, crook its neck in every direction, and eventually force that amphibian down its gullet, and down to where it would digest into some much needed energy to fly wherever was next on its flight itinerary: Above and below.     photos by Stan Deatherage    Click image to expand 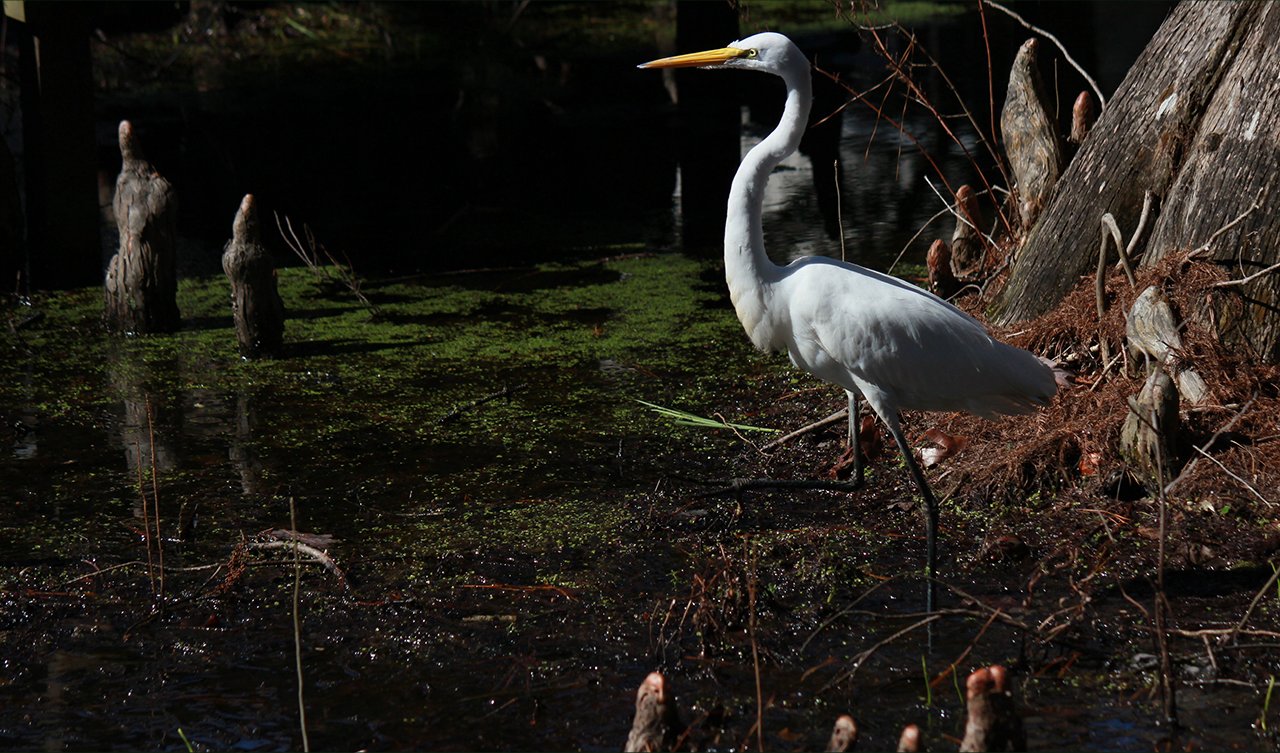 While the first published images of these frozen days within the effects of the Bomb Cyclone may appear superfluous, I am taking every opportunity to remind all just how cold it can get in northeastern North Carolina, and just how mild it can get only 6 weeks later. 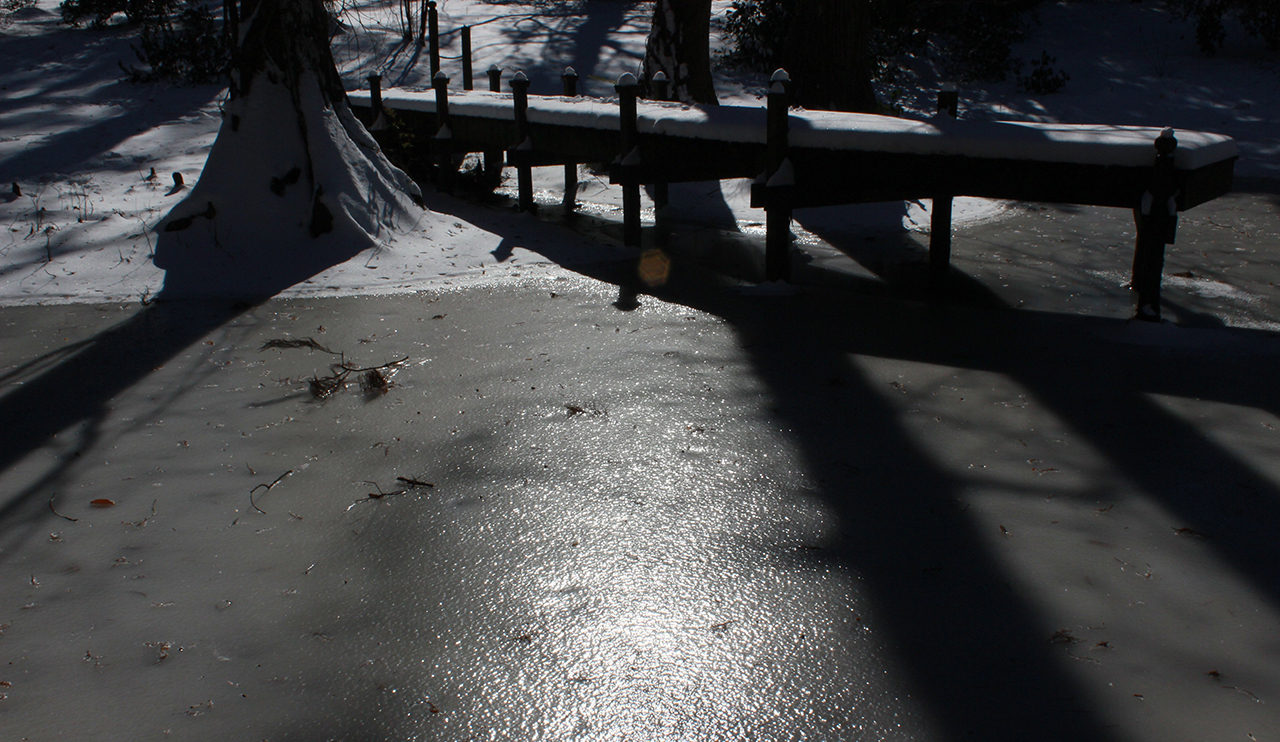 That cold and mild juxtaposition shown in conclusion here: Above and below.     photos by Stan Deatherage    Click image to expand 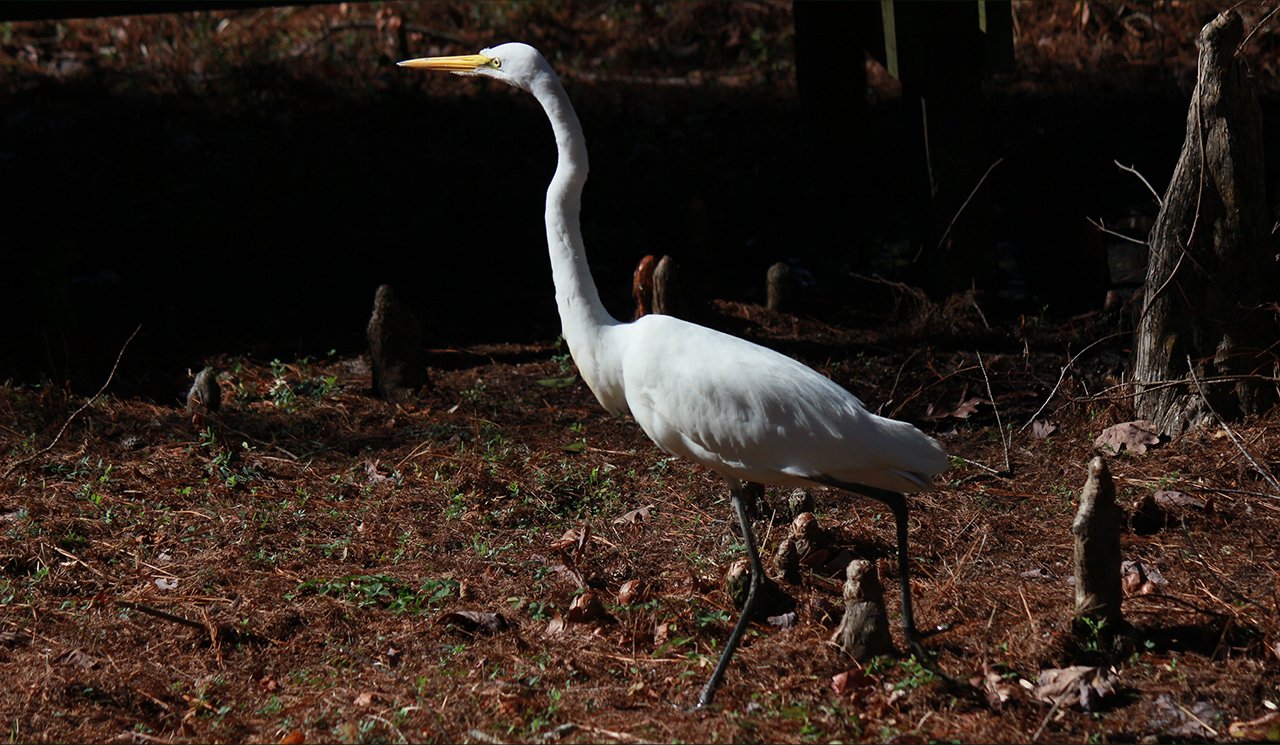