I freely admit that it was not really a surprise revelation, but I have been told that catchy headlines will attract people to click on the article. I'm not selling anything (yet) but I do crave the attention. Bobby Tony


While visiting my brother with my family for the holiday, I found my old College Yearbook.  Since we both attended the same college, Georgia State College in Atlanta, Georgia, I assume that the yearbooks were consolidated at some point while cleaning out our parents basement.

Georgia State was and is an Urban College (now University) in downtown Atlanta.  It was both a day college as well as a night school for working students.  We both started out in the day school but eventually switched to night school as financing required we both find full time employment.  Jim is five years older than I, so we never actually attended at the same time.

The yearbook was named the "Rampway", because one of the three buildings (Kell Hall) that housed the college in the 1960s was formerly a parking lot with drive ramps between each floor.  It was a perfect skateboard highway between classes long before the Segway was invented.  I have written about the parking lot building before HERE.

While browsing through the year book, I paused at the pages dedicated to the local Campus Newspaper.  It was called The Signal since 1941 after numerous name changes as the college evolved into more than a local college. The masthead has changed over the years but it has always maintained the Urban Motif as a reminder of its Concrete Heritage. 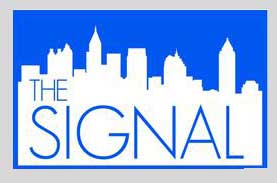 What attracted me was the collage of the typewriter and Signal staff which dates the picture as a anachronism of photo manipulation. Several things stood out as somewhat analogous to the era. 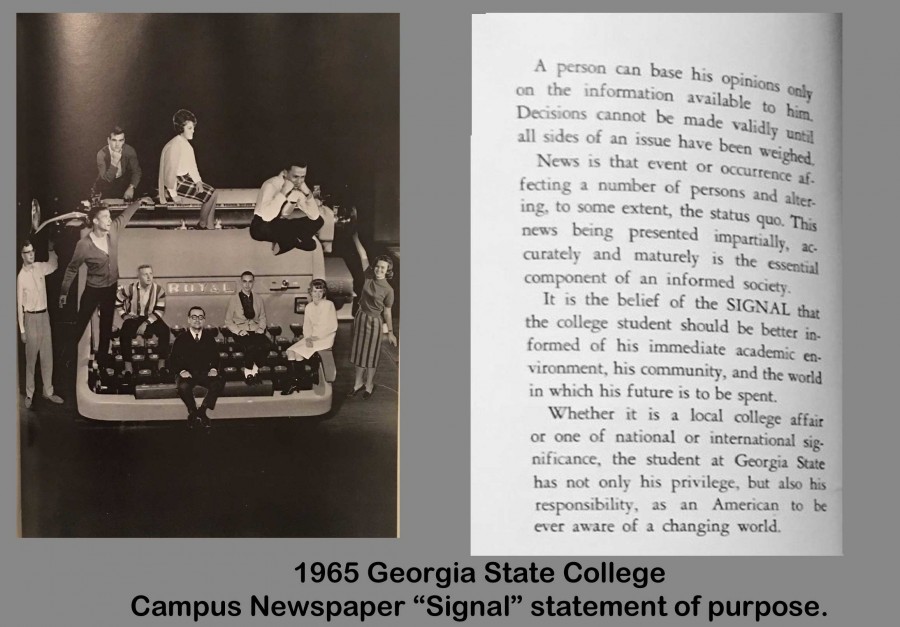 Extract in text format from Image above:

"A person can base his opinions only on the information available to him.  Decisions cannot be made validly until all sides of an issue have  been weighed.

News is that event or occurrence affecting a number of persons and altering, to some extent, the status quo.  This news being presented impartially, accurately and maturely is the essential component of an informed society.

It is the belief of the SIGNAL that the college student should be better informed of his immediate academic environment, his community, and the world in which his future is to be spent.

Whether it is a local college affair or one of national or international significance, the Student at Georgia State has not only his privilege, but also his responsibility, as an American to be aware of a changing world."

I would note that in today's IDENTITY CONSCIOUS WORLD , this statement would be reviled as a sexist example of the male dominated era that was 1965. There is one other aspect of the picture which I am also sure would be a point of contention for Liberals who have residual guilt, but I will let your internal balance scale deal with that.

What I don't think would be considered relevant is the basic premise of the statement:

Decisions cannot be made validly until all sides of an issue have  been weighed.


I guess it would not be a Bobby Tony article without some form of political reference to current events. I suspect that Jim Acosta of CNN, did not attend Georgia State College. A quick web search revealed that he attended James Madison University in Virginia. Like many students, I also suspect he slept through that part of journalism class that discussed the motto of the University. 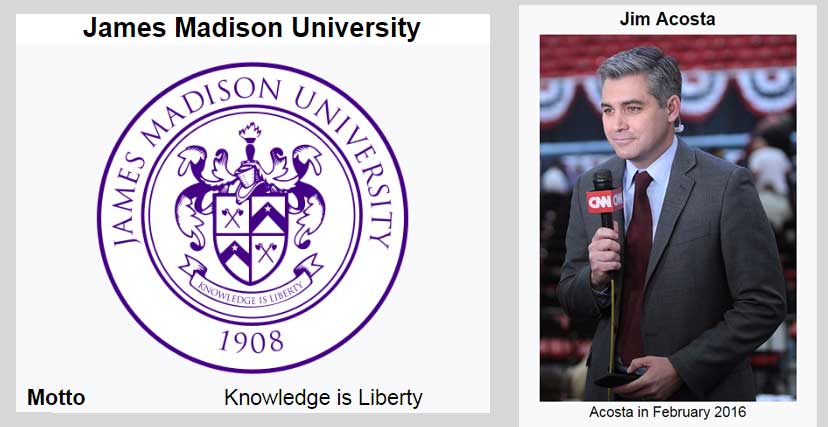 Don't you just hate it when someone always try to shift the attention to himself? Please note the italic intro to this article.