The office of the State Board of Elections is open from 8 a.m. to 5 p.m. on the Third Floor of the Dobbs Building, 430 N. Salisbury St., Raleigh.

Gov. Roy Cooper this week announced the schedule for special primary and general elections in the 3rd Congressional District. The seat is vacant due to the recent passing of Congressman Walter B. Jones Jr.

Information for 3rd District candidates is available in this Fact Sheet.


See the schedule below for important dates for candidates and voters. 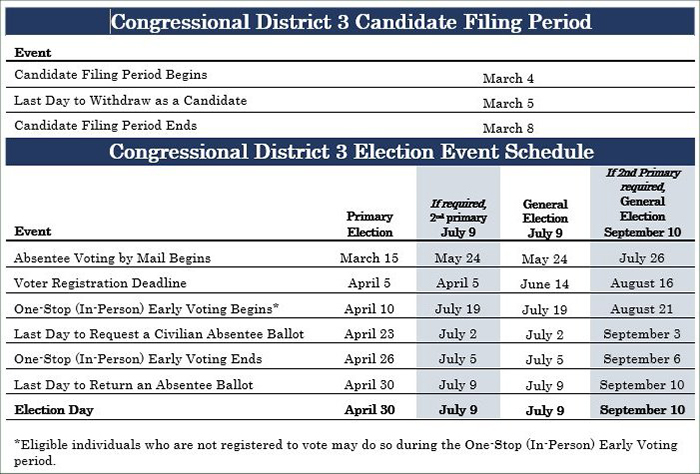 The State Board will meet Monday (March 4) to set the calendar for a new election in the 9th Congressional District, Bladen County Commissioner District 3 and Bladen Soil and Water Conservation District Supervisor.

Last week, the State Board voted unanimously to order new elections in those contests after an investigation and public evidentiary hearing found that "irregularities or improprieties occurred to such an extent that they taint the results of the entire election and cast doubt on its fairness."