Indecent Exposure Turns into Yet Another Beaufort County Drug Bust 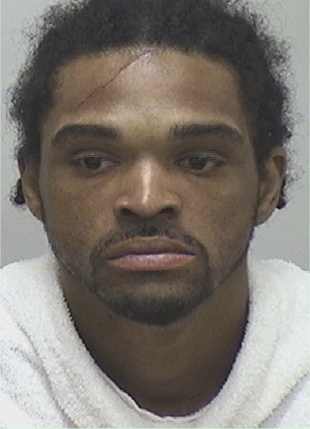 Donald Moore
with the Beaufort County Sheriff’s Office Patrol Division arrested Donald Ramon Moore, age 32, of 4620 Core Point Rd. Blounts Creek. Moore’s arrest stemmed from the Sheriff’s Office Communications Center receiving a 911 call reporting a suspicious person on Flat Swamp Rd. in Blounts Creek. When Deputies responded to the area they witnessed Donald Moore exposing himself on the front porch of a residence. Deputies approached the residence and Moore pulled his pants up and ran into a wooded area. Deputies apprehended Moore after a foot chase.

Moore was found to be in possession of 4.5 grams of heroin, 12 grams of cocaine and drug packaging material at the time of his arrest. Moore was charged with Level I Trafficking in Heroin, Possession with Intent to Sell and Deliver Cocaine, Possession of Drug Paraphernalia, Indecent Exposure and Resist, Delay, Obstruct a Public Officer. Moore was detained in the Beaufort County Detention Center under a $33,000 secured bond.