Big Fish | Beaufort County Now | One of the 10 best films in the last 25 years is the film that offers each of us a unique perspective into our well considered lives.

The Biggest Fish in Every Pond was Edward Bloom

Or, so he would have us believe. In fact, Tim 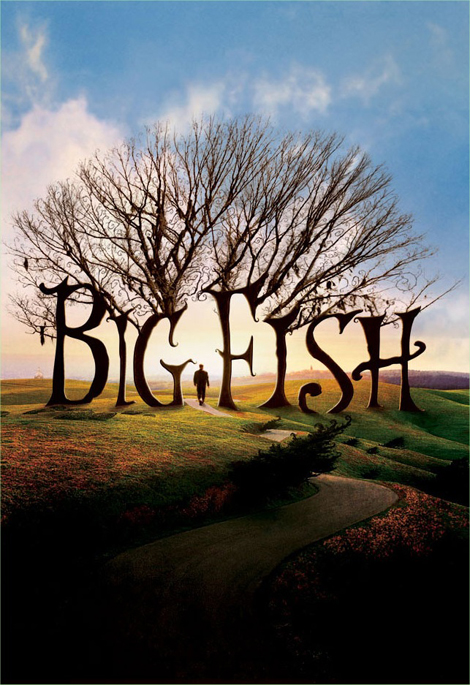 Burton directed his masterpiece and John August adapted the screenplay from the great Daniel Wallace story just so Edward Bloom could recount his larger that life stories to us, the audience, simply so we could gain a sense of the enormity of one man’s life, irrespective of whether we could swallow the scale of his tales. His son, Will, eventually found his tall tales to be tad too large to fit into his theater of the real, why ever did Edward believe we would buy his mythical mumblings?

Simply, they were too well spun to ignore and Edward’s considered life too much fun to forget. Consider, as well, that once we follow Will’s exploration of his father’s life, we find an element of truth in each essay, and thereby, we acquiesce to the remarkable nature of this man’s existence. Truly Edward Bloom was an extraordinary man possessing the unparalleled skill of verbosity; however, the message of his life merited the explanation.

The interesting component of Edward’s story is how he effected others; ether those folks in his stories or 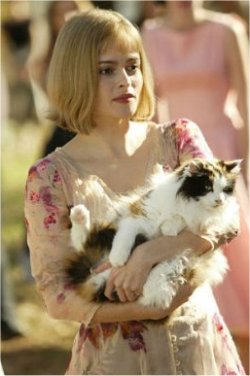 those enjoying the telling of the tales. When asked by Jenny, portrayed by the versatile Helen Bonham Carter who also played the witch, why he did so much to help the citizens of Specter by leading investors to buy the village; only to renovate it and give it back, he replied, “It gives me pleasure to help others.” It was as if that was his purpose in his altruistic living of a life that was as purposeful as it was interesting.

“Big Fish” is a film that was extremely well acted by all players, but, moreover, was story driven by a great cast of characters. The young Ed Bloom was cheerily played by the Scotsman Ewan McGregor. Ewan beamed as the good citizen, whose Alabama diction was perfect, as he happily walked through his purposeful life, fluent in both word and deed. The older Edward Bloom was played by veteran British actor Albert Finney, who spoke in perfect syntax with as true an accent as I have ever heard by a well spoken Southerner. Albert Finney was not nominated for the Oscar for an Actor in a Leading Role in 2003, but he gave one of the best performances of that year, outshining most of the nominees.

“Big Fish” was not nominated for best 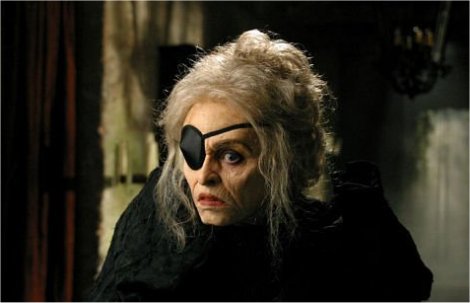 picture, but was the equal to another really good film - “Return of the King,” the last in the J. R. R. Tolkein trilogy, “Lord of the Rings” - which deservedly won Best Picture among those nominated. No, Big Fish won no Oscars (not even best screenplay), and yet it was one of the two best films of that year, 2003, and one of the ten best films in the last 25 years. It is truly Tim Burton’s masterpiece. 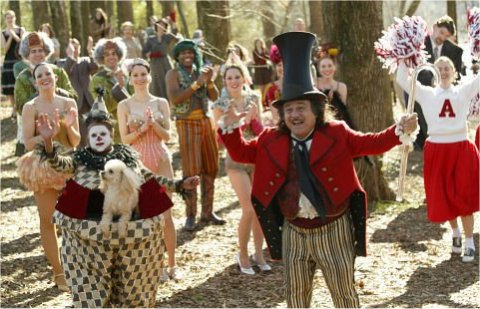 great films from timeless classics, which there are only a handful. Besides the aforementioned Carter, McGregor and Finney, this film has so many well acted parts, and to mention just a few: Marion Cotillard as Will Bloom’s expectant wife, Josephine, Jessica Lange as truly the love of Edward Bloom’s life, Sandra, the mercurial Danny DeVito as Big Top Ringmaster Amos Calloway, great character actor Steve Buscemi as the poet Norther Winslow, and another great character actor Robert Guilliame as Dr. Bennett.

Billy Crudup plays the cynical Will Bloom convincingly enough; however, it is the second to the last scene of the film; when, by his father’s stroke induced guttural request, he is begged to tell the dying Edward Bloom the story of how his life will end, that sets the stage for one of greatest endings of a film in cinematic history. The story that Will tells, consisting of the remembered props and pieces of his father’s many told tales, is pure movie magic. If you are not moved: you’ve never loved your father, or know what it is to be both a bad and a good son in unequal parts. 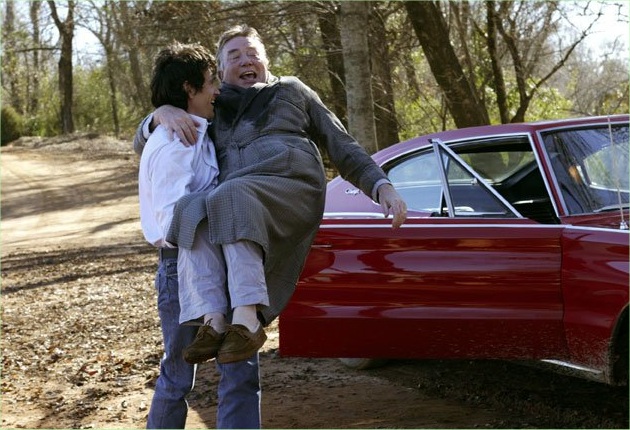 At 125 minutes of runtime, “Big Fish” is one of the most productive films per minute of any picture ever made. 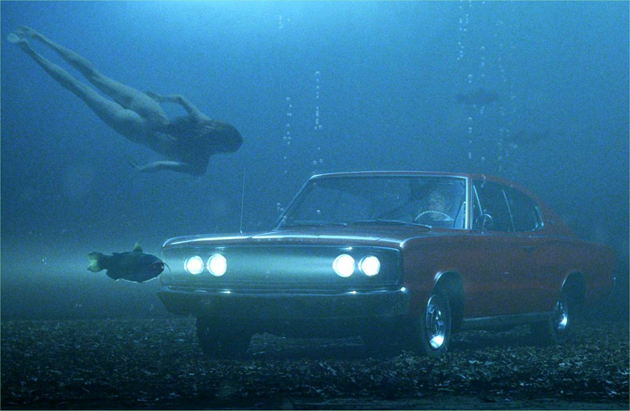