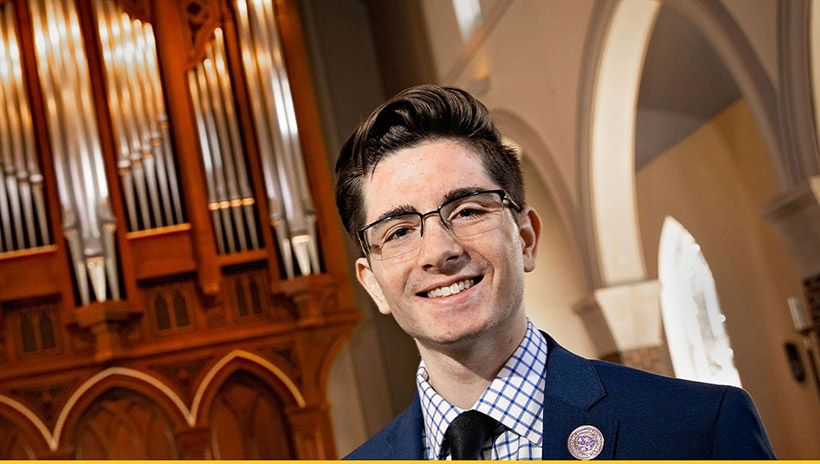 
While engineering and music performance might be seen as an odd combination, Schodt believes that both will allow him to meet various people from different backgrounds. Schodt also said one of the reasons he chose to come to ECU was because music and engineering were both offered. Schodt said he wants a career in engineering that takes advantage of his interests in technical writing, project management and leadership.

"The reason I thought that engineering would be a good fit for me was that it would give me the skills to be a leader and also equip me with the technical background that would allow me to work with people from a variety of backgrounds," Schodt said.

Schodt says meeting people from different backgrounds is important because it brings a different perspective and skillset that can make problem solving and brainstorming more effective.

In his free time, Schodt plays the Fisk organ at Saint Paul's Episcopal Church in Greenville for services and recitals. Schodt also played at churches in Washington and Ahoskie this past summer.

"My interest in music and playing the organ is driven by my desire to serve in the church," Schodt said.

Schodt said that by playing at churches around eastern North Carolina, he has met people from different backgrounds.

"I get the opportunity to use the skills that I have learned as a music student at ECU and get a chance to meet new people," Schodt said. 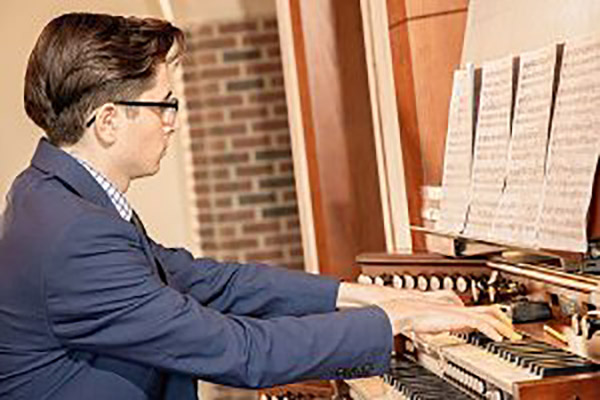 Schodt plays the Fisk organ at Saint Paul’s Episcopal Church. | Photo: Cliff Hollis
Schodt began studying the piano in high school and became interested in the organ because of its usefulness in church and the wide variety of music it can play. Schodt also said that the organ is complex, which makes it challenging but interesting to learn and play.

Aside from playing the organ at church, Schodt is the vice president of the ECU Alpha Eta Mu Beta Biomedical Engineering Honor Society and a member of the American Guild of Organists. Schodt has also received the Feingold Scholarship from the American Society for Quality and was named a Chancellor's Fellow by ECU Honors College.

Schodt said that he plans to pursue a career in engineering once he graduates, but also wants to continue to play the organ and serve in church so that he can stay involved in the community.

What advice do you have for other students?: Take an active role in managing your coursework and DegreeWorks plans. This will enable you to be efficient and ensure the coursework you are taking satisfies your interests while meeting your degree requirements - your academic advisor will thank you!

What is something cool about ECU that you wish you knew during your first year?: Interlibrary loan is a great service provided by ECU libraries. You can easily obtain hard-to-find materials from other institutions to enhance your research papers.