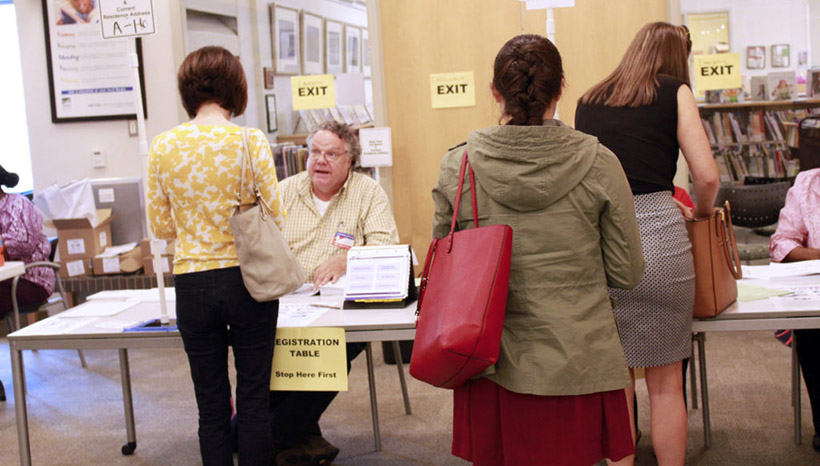 Republicans are trying to put the legal fight over North Carolina's voter ID into their own hands.

On Friday, Jan. 10, the General Assembly announced its application for an emergency stay of Judge Loretta Biggs' injunction blocking voter ID. Biggs, a Barack Obama appointee, issued the order Dec. 31. On Jan. 2, N.C. Attorney General Josh Stein, a Democrat, said he would wait to appeal the decision until after the state's March 3 primary election.

Republican legislators were unhappy with the decision. Now, they're handling the case without Stein.

"In its stay application, the legislature focused on the absurdity of the notion that several black Democrats who sponsored or supported voter ID acted with intent to discriminate against other African Americans," Sen. Warren Daniel, R-Burke, wrote in a Friday statement. "The legislature also again argued that the people of North Carolina acted to amend their Constitution, and one judge should not suppress the votes of millions of citizens."

Lawmakers are also pushing Biggs to allow the state to provide free photo IDs to residents, a provision that was part of the legislation blocked by the judge on New Year's Eve.

In her ruling, Biggs said the legislature enacted its voter ID law with "discriminatory intent."

"It is unclear to me how issuing free ID cards is discriminatory to anyone, but logic and the rule of law seem to have no bearing on this judge," Daniel said.

House Speaker Tim Moore, R-Cleveland, later on Friday released his own statement about the impact of Biggs' stay on the legislation's provision for free voter IDs.

"The State Board of Elections and local counties should not have stopped issuing free IDs to North Carolinians, and today we urged the court to compel those agencies to continue providing free photo IDs to citizens in preparation for North Carolina's compliance with its constitutional amendment requiring voter ID," Moore said.

Biggs also prohibited the legislature from defending the law.

"The votes of 2 million citizens to amend their own Constitution to require voter ID were thrown out by one unelected Democratic judge," Daniels said. "The legislature will fight with every tool at our disposal to reverse this lawless decision that overturns the will of the people."