On International Holocaust Remembrance Day, we remember the millions of precious souls who perished as a result of the horrific crimes perpetrated by the Nazi regime. We also reaffirm our steadfast commitment to confronting the vile poison of anti-Semitism wherever and whenever it arises.

This year's annual observance of International Holocaust Remembrance Day is especially moving as we commemorate the 75th anniversary of the liberation of Auschwitz. As we solemnly mourn those who were abused, tortured, or killed at Auschwitz and other concentration and extermination camps, we acknowledge the heroes who risked their own lives-many of whom made the ultimate sacrifice-to help liberate the camps. Their sacrifices helped the forces of freedom prevail to ensure that these atrocious crimes will never be repeated.

Unfortunately, there are still Jewish men, women, and children who face persecution and discrimination today. To fight the rise of anti-Semitism in the United States, I issued an Executive Order in December of 2019 that will help combat racist, anti-Semitic discrimination. Anti-Semitism will never be tolerated, and this action bolsters my Administration's efforts to create a culture of respect that deeply values the dignity in every human life.

As we come together as one Nation on this International Holocaust Remembrance Day, we ask God to grant strength to those who survived the depravity of the Nazi regime and comfort to the families of the victims whose lives were cut short. We ask that the world reflect on this day and seek to ensure that we stand united against intolerance and oppression of people of every race, religion, or ethnicity. And, in order to ensure that these horrific crimes against God and humanity never happen again, we must resolve to combat evil and oppressive regimes with democracy, justice, and the compassionate spirit that is found in the hearts of all Americans. 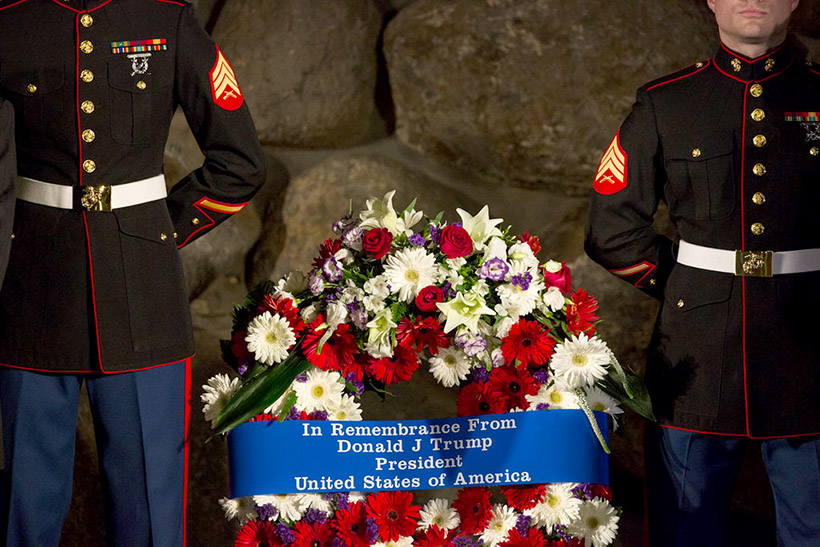 You can visit a collection of all White House posts by clicking here.