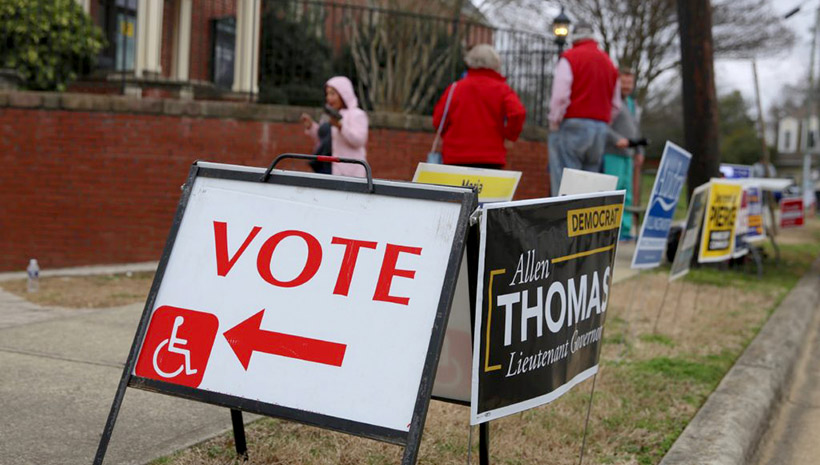 State Republicans and Democrats should hold onto their money until they know the Democratic nominee for president, Anna Beavon Gravely, executive director of N.C. Free Enterprise Foundation, said during a post-primary briefing.

Former Vice President Joe Biden had a good night on Super Tuesday, winning 10 states, including North Carolina, but it's not 100% certain he'll be the nominee, Gravely said.

If Vermont Sen. Bernie Sanders wins the nomination, then candidates for state and local offices will have to tailor their campaigns accordingly.

Gravely offered these insights and more during a Wednesday, March 4, Post Primary Briefing hosted by NCFREE at the N.C. Farm Bureau.

Fourteen states, including North Carolina, held their primaries during Super Tuesday. The Tar Heel State was one of the most watched of the night.

North Carolina is the only state in the nation with new congressional and legislative maps.

"There will continue to be more eyes on North Carolina and more money coming into the state," Gravely said.

Other races were more of a surprise.

Sen. Terry Van Duyn, D-Buncombe, was the presumptive favorite in the Democratic primary for lieutenant governor, but Rep. Yvonne Lewis Holley of Wake County earned 26% of the vote to Van Duyn's 21%. Since no one got more than 30% of the vote, a runoff is possible. Van Duyn hasn't yet called for one.

Despite a crowded field, the Republican primary for lieutenant governor ended up with a clear winner: Mark Robinson.

If a runoff happens for the Democratic primary for lieutenant governor, whoever wins will have an advantage going forward, Gravely said, because the runoff winner will get more media attention leading up to the general election in November.

Super Tuesday also featured some upsets with a few incumbents losing their primaries.

"Floyd may have been too conservative and too business-friendly for his district," Gravely said.

The Republican primary for Senate District 29 also resulted in an upset. Incumbent Sen. Eddie Gallimore, R-Davidson, was defeated by Rep. Steve Jarvis, R-Davidson. Jarvis outraised Gallimore and had a higher score than the senator in NCFREE's Legislative Business Rating.

Several races will be worth watching in November, Gravely said. The list includes the governor race, lieutenant governor race, and the U.S. Senate showdown between Republican incumbent Thom Tillis and Cal Cunningham, a Democrat.

The U.S. House 9th District race between Republican Dan Bishop and Democrat Cynthia Wallace is a race to watch. Last year's special election, which saw Bishop defeat Democrat Dan McCready, was one of the most expensive races in the country, Gravely said. It drew a lot of attention both inside and outside the state, and will likely do so again.

The races for state treasurer and state superintendent of public instruction are also worth watching, Gravely said.

The Democratic primary race for state treasurer was one of the closest races of the night. Ronnie Chatterji was able to secure 35% of the vote and will go on to face Republican incumbent Dale Folwell.

Jen Mangrum won the Democratic primary for state superintendent with around 33% of the vote. The UNC-Greensboro professor will run against Catherine Truitt, chancellor of Western Governors University North Carolina.