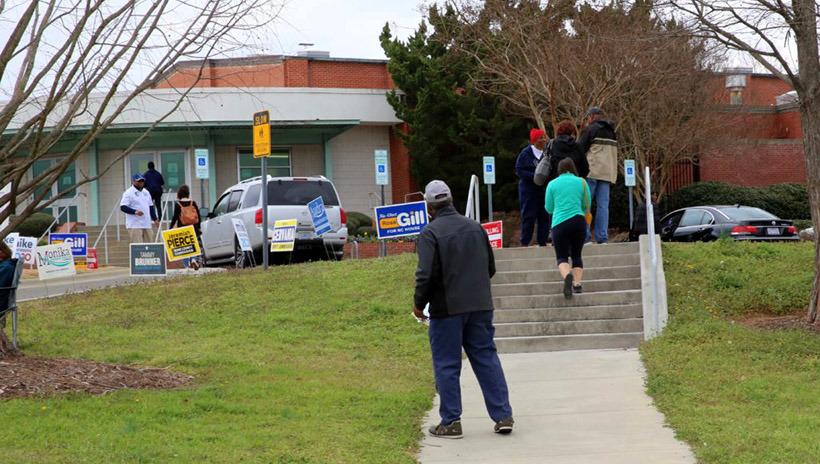 The referendums shouldn't have appeared on Tuesday's ballot in the first place, said Joe Coletti, senior fellow for fiscal and tax policy at the John Locke Foundation. Counties face few rules when it comes to scheduling tax votes. In 2013 and 2014, the General Assembly passed legislation blocking counties from holding referendums on days other than primary or general elections in even-numbered years - with just a few exceptions.

Before that law was enacted, counties were prone to randomly schedule votes - like when Alexander County sprung a Jan. 8, 2008, referendum on its residents, Coletti said. While that maneuver is illegal now, there's still room to game the system.

To boost the odds of passing a tax proposal, county leaders cherry pick elections based upon voter turnout and political dynamics, Coletti said. It's not coincidental that tax votes weren't held during the 2012 primary - when Democrats stayed home and Republicans swarmed the polls to elect a Republican presidential candidate. This year, with a Republican in the White House and an open field of candidates from the opposition party, more Democrats voted while more Republicans stayed home. Those Democrats are more likely to favor tax increases, Coletti said.

Transparency is also a shortcoming in some cases, he said. Of this year's tax referendums, four counties held elections about which the N.C. Association of County Commissioners knew nothing. In Washington County, where 51% of voters nixed a sales tax increase, no information about that proposal appeared on the county's website. That county already collects $7.9 million in sales tax, Coletti said.

In Bertie and Chatham counties, voters just barely approved the tax proposals set before them. In Bertie, 52% of voting residents raised sales taxes a total of $175,000 after commissioners promised the money would go to teacher pay. In Chatham, 51% of voters approved a $1.6 million sales tax hike. That money is earmarked for affordable housing and other projects.

In Forsyth County, where voters rejected a sales tax bump in November 2018, residents passed a $14 million increase by 60% of the vote. Their approval came after Forsyth County Commissioners went ahead with plans for new construction and higher taxes, Coletti said. In Madison County, 63% of voters approved a $290,000 sales tax increase, reportedly to be used for a new high school football stadium.

When all is said and done, county leaders shouldn't be able to pick low-turnout elections to slap tax referendums in front of voters, said Coletti.

"It is getting harder to find news about local budgets and their impact on families, especially in counties like Bertie, where neither the school district [nor] county government has managed its spending well," Coletti said. "That's why it is incumbent on the General Assembly to provide a check on local spending, debt, and taxes with voter approval in high turnout elections."

The best way for voters to know about tax increases is to put referendums on the ballot during statewide general elections in even years, he said.

Click HERE for more details about the tax referendums.