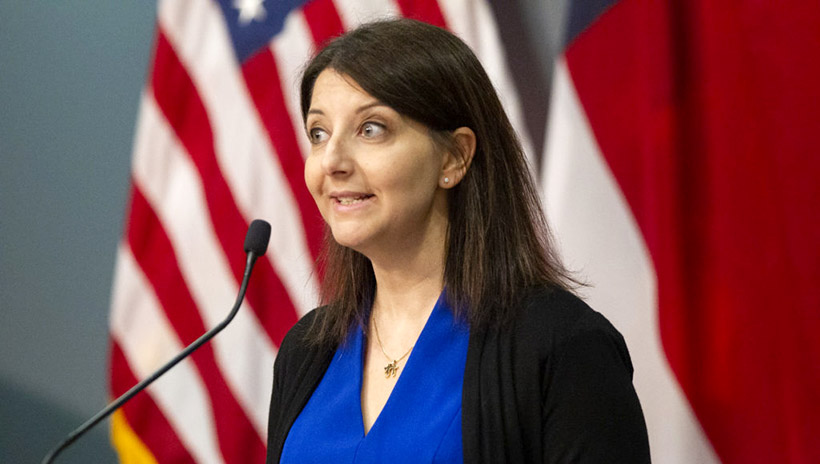 Gov. Roy Cooper wants people to think about reopening the economy as a light dimmer, not an on/off switch.

Easing restrictions won't happen at once, the governor said in a news conference Wednesday, April 15. North Carolinians can expect a staggered approach to reopening the economy and allowing life to return to some semblance of normality.

"Because we acted early and because we acted together, we have averted the devastating scenarios we have seen playing out in other parts of our country and across the globe," said Dr. Mandy Cohen, N.C. Department of Health and Human Services secretary. "We now need to look ahead at how we stay ahead of the curve."

North Carolina needs progress in three areas, the governor said. State officials will look at testing, tracing, and trends to determine when it's safe to loosen restrictions.

More testing is needed to isolate and track new cases of COVID-19. Doing so will require boosted testing resources and increased lab capacity, Cooper said. The state is working with the private and public sectors to make testing more widely available.

State officials are collecting and reviewing data on how the virus is affecting specific populations and regions of the state. Understanding the trends will influence decisions on easing restrictions and social distancing requirements.

North Carolinians can't stay home forever, Cooper said, but opening up the economy now could result in a spike of new COVID-19 cases.

Some North Carolinians have grown restless and are demanding the governor start lifting restrictions. Dozens of people protested in front of the Legislative Building on Tuesday, calling for the state to let people return to work. ReopenNC, a Facebook group with more than 36,000 members, organized the event.

The Raleigh Police Department ended the protest early, claiming the protesters were violating Cooper's executive order banning mass gatherings of more than 10 people. One woman was arrested after refusing to leave.

Raleigh police received flak on Twitter after tweeting that protesting is a non-essential activity. Sens. Warren Daniel, R-Burke, and Danny Britt, R-Robeson, sent a letter to the governor asking him to clarify whether his executive order prohibits protesting.

At the news conference, Cooper said the order doesn't infringe on the First Amendment right to protest, but it does ban mass gatherings to protect public health. Cooper failed to directly address Raleigh police's tweet or the Republican senators' letter.

The General Assembly returns to session April 28 after steps are taken to ensure public health and safety. Access to the Legislative Building and the Legislative Office Building will be limited to lawmakers, staff, and credentialed media from April 20 to May 8. Peoples' temperatures will be taken as they enter either building.

How each of the chambers of the General Assembly will conduct its session and committee meetings will be determined.