A number of lawmakers are pushing Gov. Roy Cooper to allow races at the Charlotte Motor Speedway in Concord next month — even if the stands are empty. carolina journal, state lawmakers, governor, roy cooper, NASCAR, reopen, april 21, 2020
Home
Categories
Login 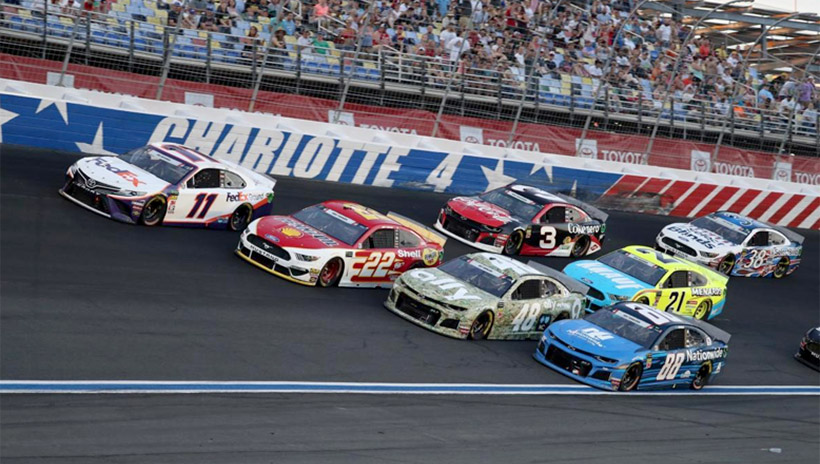 A number of lawmakers are pushing Gov. Roy Cooper to allow races at the Charlotte Motor Speedway in Concord next month - even if the stands are empty.

"Allowing NASCAR to return Memorial Day Weekend without fans would not only benefit the motorsports industry that calls our state home, it would mark a rebeginning for North Carolina's tourism, entertainment, and service industries that are desperate to open for business," House Speaker Tim Moore, R-Cleveland, wrote in a letter to Gov. Roy Cooper on Monday, April 20.

Moore urged Cooper to modify his executive orders so the track can host the Coca-Cola 600 and other races while fans watch from their homes. State Treasurer Dale Folwell and five state senators signaled their support for the move.

The race would generate revenue not only through television and online merchandise sales, but also through fans who buy takeout on race day, said Joseph Kyzer, a spokesman for Moore.

"It's a real centerpiece of our state's entertainment," he said, noting the popularity of the Coca-Cola 600, in particular.

In a news release, Folwell expressed his "avid" appreciation for NASCAR, dating back to the 1960s.

The race would be meaningful to fans and a boon to the sports industry, even if operations don't immediately return to pre-coronavirus levels.

"You watch ESPN and they're showing the greatest moments from the '90s," Kyzer said. "All these industries are really desperate for the opportunity."

"Our state must find appropriate measures to reopen our economy and begin a full recovery as soon as possible," Moore said in a press release.

Last week, Florida's Gov. Ron DeSantis told reporters he would like to see NASCAR races in his state under a similar remote-audience policy.