Community College Board Will Wait to Decide Fall Schedule, Setup 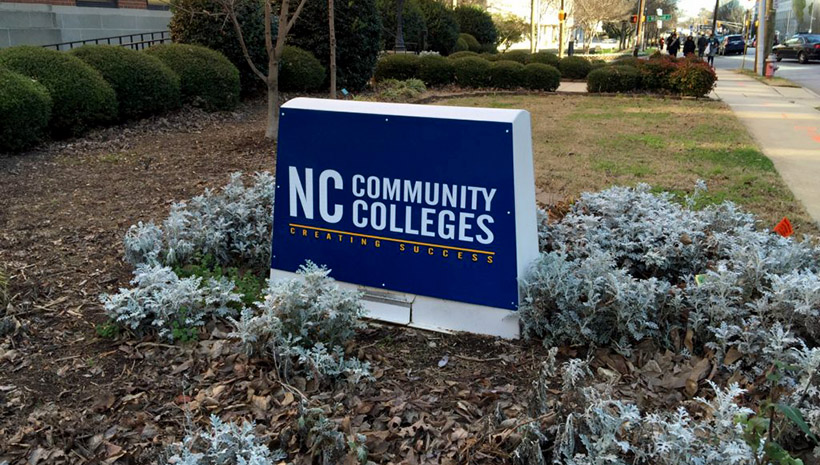 Community colleges plan to decide the future of their online and in-person learning in July, when they will revisit their strategic plan for the summer and the fall.

Other colleges in the country have canceled their fall semesters for in-person learning. North Carolina's State Board of Community Colleges has advised colleges to build up its health care, trades, cybersecurity, and manufacturing programs. But they have not made any systemwide decisions about whether they will return for in-person classes in the fall.

The legislature sets tuition for community colleges, and lawmakers will decide whether colleges will offer students discounts if classes remain online. Roughly a third of all classes were already offered virtually before the outbreak.

"We're working to adapt to phases of the governor's stay-at-home order, providing colleges guidance on when and how to open programs," said Peter Hans, president of the N.C. Community College System, Friday, May 15. "We're advising that if they do begin to offer in-person, face-to-face instruction, to offer the very best methods of screening to protect students and employees who are in vulnerable populations."

Community colleges are trying to prepare for the reopening of the economy. But questions over state funding a potential surge in enrollment persist.

"It is a certainty that the aftermath of the virus will impact us in ways we don't even know yet," said board member Burr Sullivan during a Friday meeting. "We don't know where we're going, but I have every confidence in this board that we will make the appropriate adjustments in our strategic plan."

The General Assembly is budgeting for a potential $4 billion shortfall. North Carolina received $3.6 billion from the federal Coronavirus Relief Fund, but federal restrictions require states to spend the money on coronavirus-related expenses, not revenue shortfalls.

Community colleges reaped $25 million from the General Assembly and another $120 million in direct federal money from the CARES act — or 10% of current state spending — but the money is not a "magic bullet," Walter Dalton, president of Isothermal Community College in Rutherford County, said Friday.

Community colleges must funnel half the money to student aid. The rest is earmarked for ramping up online learning. Colleges also face revenue shortages, costs associated with the shift to online learning, and uncertain state funding.

"We know it's going to be a tough budget year. But we need to fight," said Dalton, the state's former lieutenant governor. "It's more critical than ever. We are a lifeboat for so many people, and we don't want to go punching holes in the lifeboat."

Leaders are preparing for student enrollment to soar in the summer and the fall.

Some polling shows people expect to regain their jobs, but the outlook remains uncertain. More than a million unemployment claims have been filed in North Carolina since the outbreak and shutdowns began. Colleges want to launch a statewide marketing campaign to recruit the newly unemployed, Hans said.

"If historical trends hold true, during a recession you expect community college enrollment to spike. These are uncertain times, difficult for people to see past next week or next month," Hans said.

Community colleges won't throw out grades for students, despite concerns with remote learning. Members argued that waiving grades would hurt students' ability to get credit for classes in the future.

"We need to continue to give grades," Dalton said. "There are challenges to remote learning - we're seeing more withdrawals and incompletes - and it has impacted performance. But instructors can still judge that student's performance and give a grade. We're trying to prevent problems down the road for that student."

Access to rural broadband still ranks high on colleges' list of legislative priorities. Rutherford County is in the southwest part of the state, composed of rural communities between Charlotte and Asheville.

"We have students who are driving more than five miles to go sit in the parking lot of a school to download or upload information to do their homework during the pandemic," Dalton said. "Cold weather nights, it's not safe. And we have instructors who do the same thing."

The board will give roughly $3 million to help small businesses with counseling support from colleges' Small Business Centers. Each college would get $51,724. Members also approved $3 million to support additional career counselors to help students.