Published: Monday, May 18th, 2020 @ 11:41 am
By: Carolina Journal   ( More Entries )
Publisher's note: This post appears here courtesy of the Carolina Journal, and written by Lindsay Marchello. 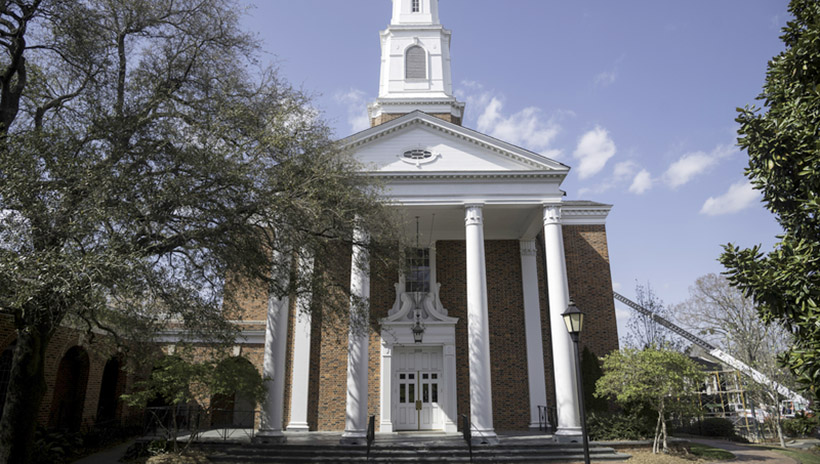 Editor's note: This story has been updated with additional comments.

The restrictions are a contentious point in the ongoing debate over how and when to reopen the state as the COVID-19 outbreak continues.

The N.C. Sheriffs' Association approved a resolution May 8 urging Cooper to ease the restrictions on indoor worship services. The rules governing religious activities shouldn't be more stringent than those that apply to businesses that are allowed to operate, the resolution reads.

Sheriffs of Johnston, Harnett, Halifax, Yancey, Craven, and Mitchell counties have all released statements saying they won't interfere with anyone practicing the First Amendment right to the free exercise of religion.

"I feel that our churches know what is best for their congregations," Mitchell County Sheriff Donald Street wrote on Facebook.

"My position is not to undermine the Governor's Executive Order as it relates to business closures, as I can see the hardship that some businesses are experiencing during this time," Harnett County Sheriff Wayne Coats wrote on Facebook. "However, the right to assemble in a place of worship is a constitutional right. A right that my deputies and I swore to uphold."

Cooper urged churches to follow the rules on indoor worship services, but said law enforcement officers have leeway in choosing what to enforce.

Cooper could choose to use state troopers to enforce the executive order instead of sheriffs, said Kevin Lee, a professor at Campbell Law School.

When the governor determines that local control is insufficient during a state of emergency, he has the statutory authority to give local agencies and officers directions to enforce the order, said Jeanette Doran, president of the North Carolina Institute for Constitutional Law.

"The statute gives him discretion as to the manner in which he makes such a designation," Doran said. "Any law enforcement officer participating in the emergency in which the governor is exercising control has the same power and authority as a sheriff."

"The thought of that actually happening seems remote, unless there was a situation that posed an immediate and substantial threat to life," Lee said.

A coalition of churches have filed a federal lawsuit challenging the constitutionality of Cooper's executive order. The lawsuit was announced during a May 14 rally in downtown Raleigh. A number of House Republicans attended the event.

A pastor who opens their church to indoor service in lieu of the state restrictions could face legal repercussions.

"Technically, those who violate an executive order are committing a crime," Lee said. "Practically, I do not think the governor would seek direct enforcement of the criminal charge in most cases."

If parishioners got sick as a result of a church holding an indoor service in violation of the executive order, then it could theoretically lead to civil liability, Lee said.