Always Been a Sucker for the Music 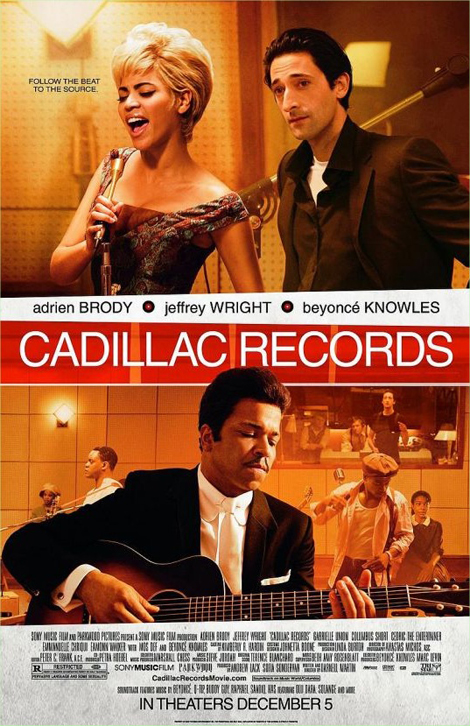 integral component of any good picture. This film is about the music of an era that was the fertile breeding grounds for soul (which is basically a blend of rock ‘n’ roll and old Negro gospel) and rock ‘n’ roll. Muddy Waters once said, “Country Music and The Blues had a baby, and they named it Rock ‘n’ Roll.”

One of the preeminent maternity wards for the birthing of those babies was Chess Records, the studio owned by the Chess brothers, Leonard and Phil. The film “Cadillac Records” expounds on that fact, and presents a fluid history of how its remarkably unique recording artists contributed to a particular sound that heavily influenced the best music of all succeeding generations to date.

Their brand of sound was referred to as “Race Music” due to it being indigenous to the homogenized music of southern Negroes, which were mostly the descendants of slaves. That form of music, at that time, was not accepted by the mainstream public, and the only platform from which it could be presented was in the Deep South at “Race Music” radio stations. After Leonard Chess, played by Adrien Brody, discovered Mississippi native McKinley Morganfield, better known as Muddy Waters, played by Jeffrey Wright, on the streets of Chicago playing his amplified version of The Blues; he headed south with Muddy to play his music on those aforementioned high wattage “Race Music” stations, where the music could be heard by the local African-American population, and just as important, “Race Music” aficionados back up north with high wattage receivers. 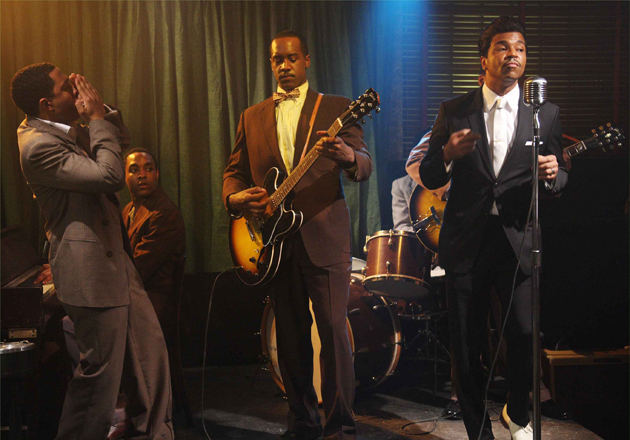 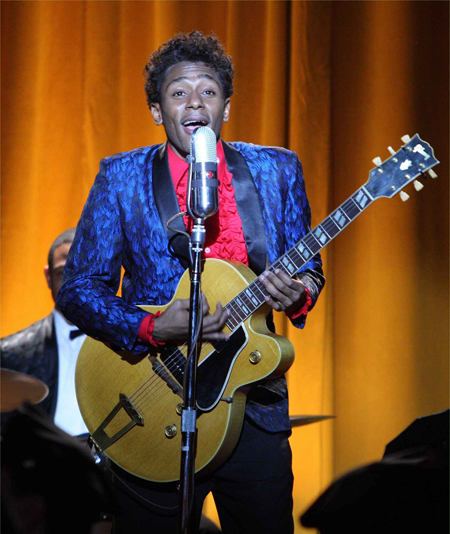 And while the film is certainly about the music, it is moreover about Leonard Chess’s drive to bring these very talented artists striving to bring a form of music to the world that was born from their efforts to make a living doing what they enjoyed - playing their onlyart they knew. Adrien Brody gives a solid performance as the chain 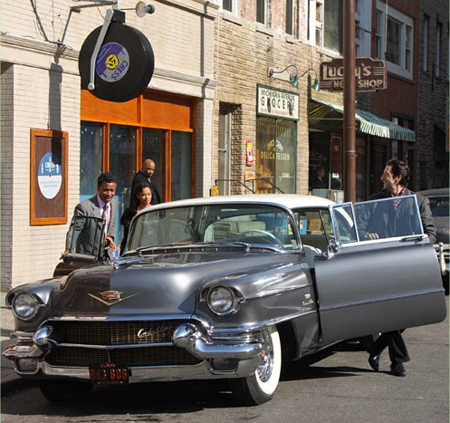 smoking Leonard Chess, a Polish Jew, who give each artist the keys to shiny Cadillac once he made his mark, negotiated a world that was, understandably, alien to some of his sensibilities, but well within his power to shape. His pool of musicians was mostly comprised of talented, but illiterate sharecropper’s sons that would have probably never known any measure of success without his immutable drive to succeed.

Writer / Director Darnell Martin stitched together this biopic that, while it has its faults in continuity, is compelling as a basic primer to some of the most important music created in the twentieth century, and to the that end, the film has enough of a quality to compel most music lovers to savor at least one man’s vision of the birth of rock ’n’ roll. The music is the movie, and Director Martin will not allow the fluidity of narrative to get in his way of putting the first.

His actors are very competent in their roles, even Beyounce.’ For me, besides consummate actor Adrien Brody, Jeffrey Wright as Muddy Waters and Eamonn Walker as Howlin’ Wolf was the best 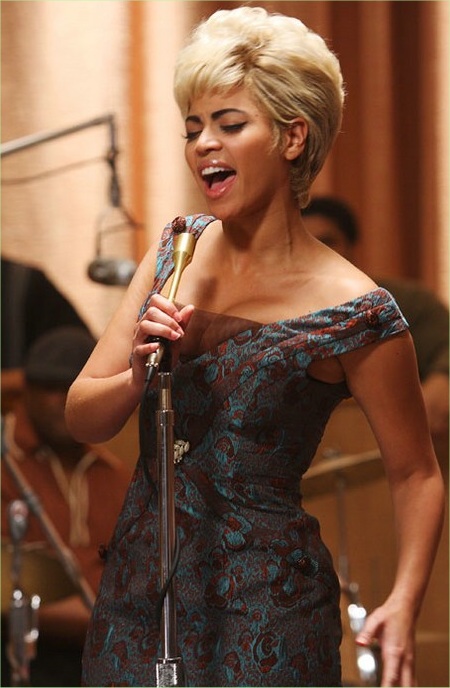 of the lot. I have liked Jeffrey Wright ever since I first noticed him in the overlooked Civil War era film “Ride with the Devil,” and the 6 feet 1 inch Eamonn Walker projected himself masterfully as the massive (6 feet 4 inches of burly man) Howlin’ Wolf. One could sense the palpable rivalry between the two alpha bluesmen: "Muddy" and "Wolf."

Few films are perfect and some have simply terrible soundtracks. This film has its faults, but it is well acted and the music is a very real component of a very influential time in the music not only of the South and the United States, but of the whole wide world.

When the Rolling Stones came to Chess Records to record with the great Blues legends, Mick Jagger informs Muddy that they named their band after his first hit, “Rollin’ Stone.” The seemingly unimpressed Muddy later watches The Stones earnestly perform in the Chess Studio, and remarks to Little Walter, “That dude sure is skinny.”

See the film.
Go Back