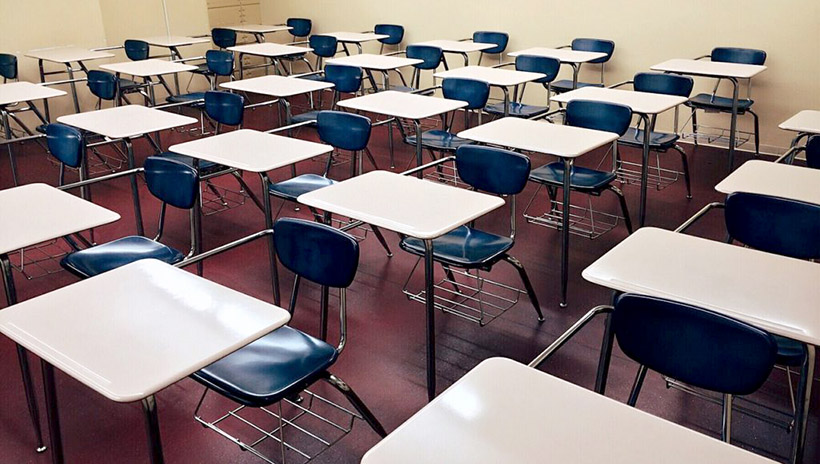 Education activists and Democratic lawmakers want to spend more on education, even as the state faces a massive budget shortfall and is entering a potentially disastrous hurricane season.

Every child in North Carolina has a right to a sound, basic education, according to the landmark Leandro case. The state for years has grappled with how to meet that standard.

Parties to the case on Monday, June 15, released an action plan detailing the first steps in complying with Leandro, which includes a $427-million price tag. The plan comes as lawmakers and financial analysts warn of how COVID-19 could result in a deficit for the budget year starting July 1 approaching $5 billion.

"It is not feasible to ask for this amount of money in this economic environment," said Terry Stoops, vice president of research and director of education studies at the John Locke Foundation.

The parties had 60 days to present a short-term plan, but the deadline was extended to June 15. The presiding judge, David Lee, is expected to soon disclose his order outlining the state's obligations in complying with Leandro.

The Leandro action plan calls for the state to invest an additional $426,990,610 in the new budget year to satisfy the court's mandate.

The action plan considers budget constraints, but it says the state should commit "to meeting the actions in a future fiscal year of the eventual eight-year plan."

Much of the rhetoric surrounding Leandro has talked about it as a constitutional mandate, which must be fulfilled regardless of economic restraints, Stoops said.

A handful of Democratic representatives introduced two bills to spend a combined $141 million more on public education as a first step toward complying with the Leandro standards. House Bill 1129 and House Bill 1130 would allocate money to expand a variety of education programs and job positions.

"The biggest problem facing our communities' schools is lack of resources and support," Rep. Julie von Haefen, D-Wake, said Tuesday during a news conference on the bills. "Funding public education is necessary to ensure each child gets the instruction and attention they need to be fully prepared for success in life."

The state is facing anywhere between a $3 billion to $5 billion deficit because of COVID-19, but Democratic lawmakers and education activists said spending on schools remains a priority.

"If we put this together and all of us buy into it and we decide we want to make this a priority, I think we can find the funds," said Rep. Rosa Gill, D-Wake.

The money could come from the state's rainy day fund, bill sponsors said, or the current budget surplus, though COVID-19 has drained that resource.

"The federal government has provided one-time money for Medicaid, education, and COVID-related expenses," Coletti said. "The fund balance and rainy day fund should not go to recurring costs like those expected for Leandro."

A possible scenario in the Leandro saga would see Gov. Roy Cooper trying to bypass the legislature, Coletti said. Cooper could shift money around to comply with Leandro, similar to a predecessor, Coletti said.

During the budget standoff between the Democratic-controlled House and Senate over the 2001-02 budget, former Democratic Gov. Mike Easley, without legislative approval, allocated money to expand his More at Four pre-school education program. Easley said he had statutory authority to comply with a court order.

Cooper could use a similar argument, Coletti said.

The governor appoints the Office of State Budget Management director, so the office would go along with Cooper's plan, Coletti said. But the state controller, who acts independently, could refuse to sign any check not attached to a spending bill, he said.

If Cooper tried to bypass the legislature on education spending, the General Assembly would have grounds to file a lawsuit, Coletti said. The General Assembly is no stranger to challenging Cooper on his spending authority, most recently with the Atlantic Coast Pipeline.