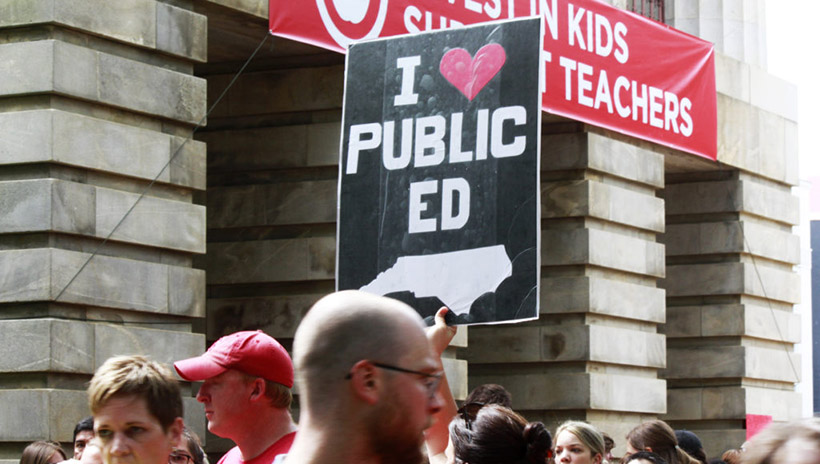 A complaint filed with the N.C. State Board of Elections claims that the N.C. Association of Educators Political Action Committee violated legal limits in its campaign contributions to Gov. Roy Cooper and Sen. Dan Blue, D-Wake.

The Civitas Institute filed two campaign finance complaints with the elections board on Tuesday, Aug. 18. The N.C. Association of Educators is the state's largest teacher organization and acts much like a union. It is the state affiliate of the National Education Association, the largest professional employee organization in the nation.

Under North Carolina law, candidates can't accept more than $5,400 per election from an individual or political committee. Political committees not registered with the state are also banned from contributing.

Cooper has not campaigned for attorney general since 2012, when he won his fourth term. Searching Roy Cooper for Attorney General does not yield any results on the N.C. Board of Elections website.

Civatas's complaint alleges that the two candidate committees are the same committee under different names. Civitas says the two committees share the same identification number, and that Cooper for Attorney General changed its name to Cooper for N.C. in October 2015.

Civitas also complains that NCAE broke the legal limit on campaign contributions in its donations to Citizens for Dan Blue. The campaign received two separate $2,900.00 checks from NCAE on Feb. 25 and Feb. 26. The disclosures also report a total of $12,600 in contributions, but Blue did not compete in a runoff election in 2020. The legal limit is $10,800.

"The NCAE has worked for years to push a pro-union agenda that inhibits families' educational freedom," Civitas Institute CEO Donald Bryson said in a press release. "Now, it appears that they are either willing to break campaign finance law to meet those ends or have inhibited the spirit of transparency in our campaign finance laws."

This is a developing story.