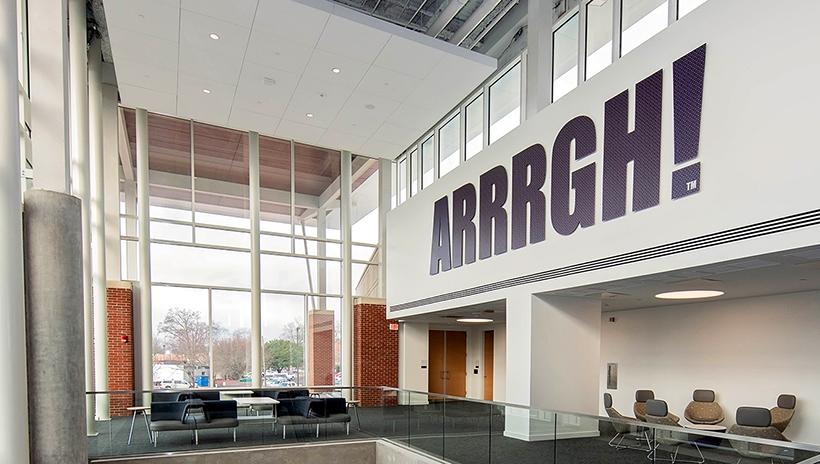 East Carolina University ranked in the top 15% of schools picked as a Best Bang for the Buck in the Southeast in Washington Monthly's 2020 College Guide released Aug. 31. And for the third year in a row, ECU is included on the magazine's honor roll for Best Colleges for Student Voting. 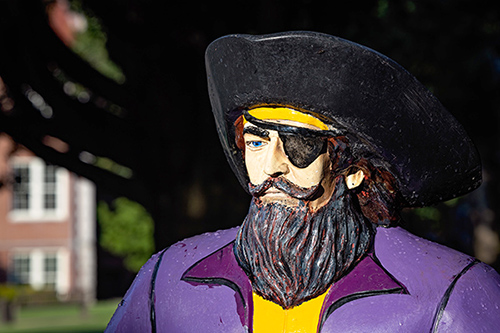 The Pirate statue on the mall glistens in the sun.
ECU ranked 42nd out of 278 schools for Best Bang for the Buck in the Southeast. ECU is in the top 22% of 51 North Carolina schools listed in the section. Institutions identified as Best Bang for the Buck colleges help non-wealthy students obtain marketable degrees at affordable prices, the magazine said.

A total of 157 schools including ECU were listed as Best Colleges for Student Voting described as "the schools doing the most to turn students into citizens." To make the list, institutions met multiple criteria including submitting an ALL IN Campus Democracy Challenge action plan in 2018 and 2020, signing up to receive National Study of Learning, Voting and Engagement data about campus registration and turnout rates, and making the data available to the public. "They have, in short, shown a repeated commitment to increasing student voting and have been transparent about the results," according to the magazine.

In other highlights, ECU was listed 8th for social work on the ranking of Colleges Where Majors Popular with Black Students Pay Well. ECU's School of Social Work was recognized with 32.2% of recent program graduates who are Black, and median first-year earnings for all program graduates of $31,400.

The methodology for the rankings weighted each equally, meaning that top-ranked colleges needed to be excellent across the full breadth of the three measures, rather than excelling in just one, according to the magazine.