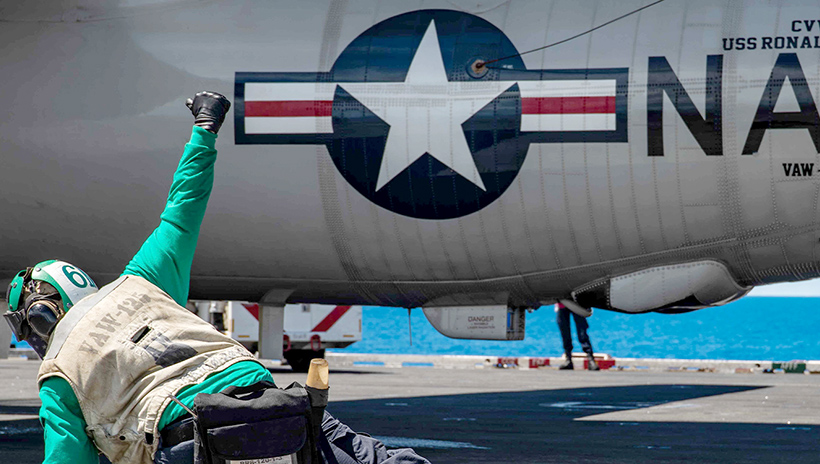 East Carolina University and its Pirate Promise community college partners have received a contract to work with the U.S. Navy in the development of the Naval Community College (USNCC). ECU is leading the only group of North Carolina higher learning institutions to be awarded a USNCC contract. | Photo: Samantha Jetzer / U.S. Navy

East Carolina University and 18 of its Pirate Promise community college collaborators have been selected as partners for the new United States Naval Community College (USNCC) effort.

The joint effort by the country's three maritime services — the Navy, Marine Corps and Coast Guard — developed the USNCC to deliver distance education and online learning to their enlisted members.

ECU is leading the only organized group of North Carolina higher learning institutions to be awarded a USNCC contract and expects to receive educational services task orders — mini-contracts that define a specific project's scope, cost and schedule — in the coming weeks that will better outline future student requirements. It is anticipated that task orders will be issued periodically as the USNCC expands its programming needs and student base. 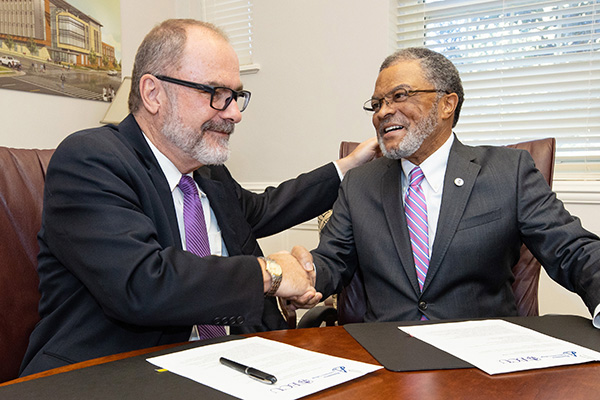 Interim Chancellor Ron Mitchelson, left, and Algie Gatewood, president of Alamance Community College, sign a co-admission agreement as part of ECU’s Pirate Promise program in October 2019. The program has grown to 35 community college members. | Photo: Rhett Butler
As part of the mission to provide educational and career development opportunities for enlisted members, the Navy's \ called for the creation of the U.S. Naval Community College. The college will ultimately develop into a fully accredited higher education institution, but degrees will initially be issued by civilian education partners like ECU and its Pirate Promise team. All enlisted sailors, Marines and Coast Guardsmen will be enrolled in the community college upon enlistment and can begin working toward an associate degree.

"ECU is the state's leader and a national trailblazer in distance education," ECU Interim Chancellor Ron Mitchelson said. "Our ECU Pirate Promise team members form the perfect combination to handle any need. Our collective experience in accelerating the social mobility of North Carolina residents is renowned and can now be unleashed to build clear education pathways that our active-duty service members so richly deserve."

"We're thankful for the years of previous effort to establish and strengthen the Pirate Promise relationships with ECU," said Keith Wheeler, executive director of ECU's Office of National Security and Industry Initiatives. "It's been humbling to see the responsiveness, quality and commitment shown by our consortium partners in answering this call. ECU pulls out all the stops to support the military in our region, and this effort provides us the opportunity to now reach active-duty sailors, Marines and Coast Guardsmen stationed around the globe."

The Naval Community College will begin teaching its first cohort of up to 600 students in January with a focus on engineering and information technology as a proof of concept.