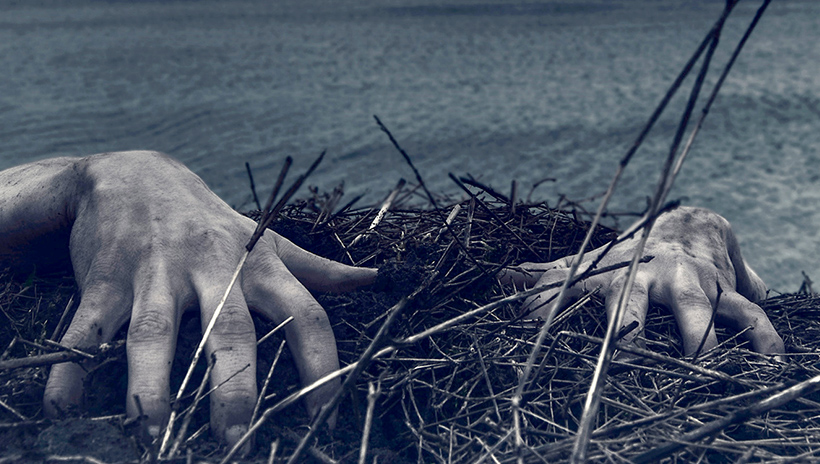 Dr. James Loudon’s new class will explore the origins of monsters and legends as well as what they can tell us about people and cultures. | Photo: Stock – Unsplash

"I study monkeys," said Dr. James Loudon, assistant professor of anthropology in the Thomas Harriot College of Arts and Sciences.

Specifically, as a biological anthropologist, he studies people's perceptions of non-human primates. And those studies have led him and his students to an 800-year-old temple in Ubud, Bali, where he became interested in applying anthropological analysis to the folklore of monsters.

"It's an extremely sacred place for the local people," he said. "It's just this source of ... spiritual power. And at night there's black magic that sometimes occurs, according to local people." 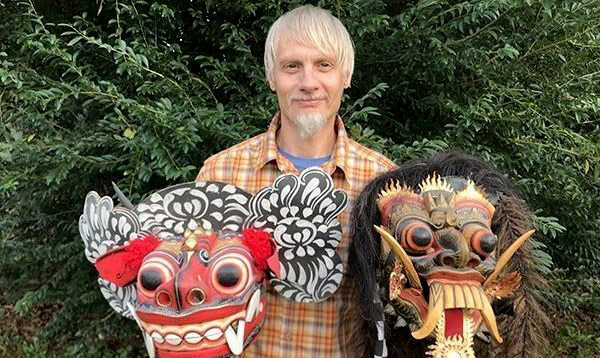 Dr. James Loudon displays masks of Rangda and Barong from his field work in Bali. Loudon is teaching a class in the spring on the anthropology of monsters, zombies and vampires. | Photo: Contributed

That fascination led Loudon to create a new class for spring 2021 called Anthropology of Monsters, Zombies and Vampires (Anth 1200-001), which will be offered online. Loudon said the class will explore the biological explanations for various legendary monsters and what anthropological study can tell us about the monsters and the cultures from which they spring.

For example, he said, legends of vampirism might be rooted in diseases such as rabies, which is spread through animal bites and can cause violent irrational behavior, or pellagra, which can cause changes in the color of blood. The origins of zombies are sometimes explained through genetic mutations, a bite from an infected animal or human, rituals, or toxins.

There's a disease called Trypanosoma cruzi, transmitted by insect bites, that makes people extremely tired and lethargic. "And they lose a lot of their higher cognitive abilities," he said. Very zombie-like. In Haiti, zombies are associated with spiritual rituals but also with toxins from puffer fish or the datura plant.

So the causes or origin stories of each monster can vary depending on which culture is being studied, Loudon said. Monsters and creatures like zombies, vampires, werewolves and ghosts appear across cultures, similar in many ways but with key differences.

"What does it mean to be a vampire in Madagascar versus a vampire in Europe?" Loudon asked. "They have similar stories but the causes can be different. ... And how does one stay away from vampires or keep them at bay? That can be a little bit different."

The class will also look at cryptids — animals claimed but not proven to exist, such as the Loch Ness monster, sasquatch and dragons.

"What is interesting about a thing like Bigfoot or something like a dragon is they're found among lots of different cultures; they kind of develop the same sort of ideas about these different types of animals that are out there, independent of one another," Loudon said. So how can there not be an element of truth in it?

An anthropological approach, Loudon said, can shed light on both the legends themselves and the cultures in which they appear.

"One of the things that's really interesting is ... who the monster is," he said. "We're creating all these things ... and monsters are rooted in things like xenophobia and fear of women and fear of immigrants and fear of the other. So they're a manifestation of our own fears."

As you enjoy Halloween 2020 with its ghouls, ghosts and monsters, consider enrolling to learn more ... if you dare.