Band of Brothers | Beaufort County Now | They came from all over the United States to become part of something new - the 101st Airborne. These young Americans learned how to fight, but moreover, they learned to be brothers.

“But We in it Shall be Remembered”

This titular phrase was borrowed from the “Crispin’s Day Speech” from William Shakespeare’s classic “Henry V.” The necessary comrade that existed in those dark days for Henry V. was most similar for a young nation, like the U.S.A., to send its young men to fight and fall in the battlefields in lands so far away. The concluding stanza from which the titular verse was borrow from this "Crispin's Day Speech" continues:

We few, we happy few, we band of brothers;
For he to-day that sheds his blood with me
Shall be my brother; be he ne'er so vile
This day shall gentle his condition;
And gentlemen in England now-a-bed
Shall think themselves accurs'd they were not here,
And hold their manhoods cheap whiles any speaks
That fought with us upon Saint Crispin's day. 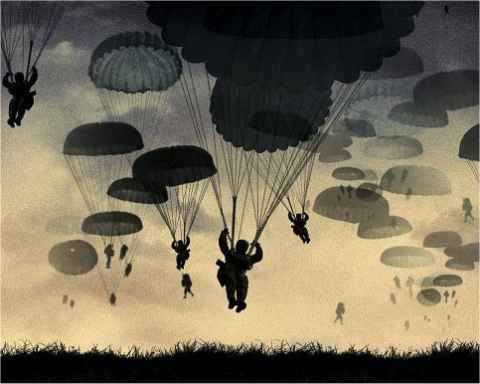 relationship between exceptional men whose very lives depended upon the brotherhood of their fellow warriors in battle. His examination of the historical odyssey of the European theater in World War II through the eyes of the paratroopers of Easy Company, 506th Regiment, attached to the storied 101st Airborne; is a sterling example of what has always been the best of America: Well trained soldiers who fight ably because of their love for their country, and moreover, the love for their “buddies.” His nonfiction novel, “Band of Brothers,” is a classic that defines the horror of war encountered by the noblest of men.

The 11 part mini-series (705 minutes runtime and worth every minute), Band of Brothers, produced by Tom Hanks and HBO Films was an outstanding and accurate interpretation of Ambrose’s 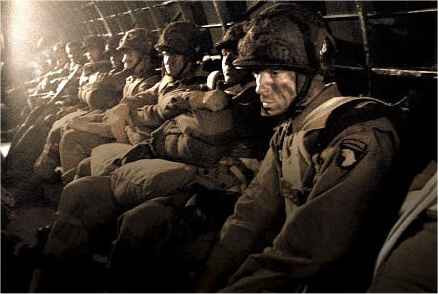 historic account of men at war. Well cast with a group of virtual unknown actors, many who have gone on to have respectable careers: Damien Lewis as Major Dick Winters, Neal McDonough as Lieutenant Buck Compton, Ron Livingston as Captain Lewis Nixon, Donnie Walberg as First Sergeant Carwood Lipton, James McAvoy as Pvt. James Miller and Simon Peg as First Sergeant William Evans. Each part of the of the mini-series draws one into the fabric of the lives of these real people by the combined parts of; faithful acting, realistic story and to bring you inextricably closer to the manifesting element of the what was the essential bond of Easy Company there is the prologue before each of the 11 parts of the mini-series, that features some of the surviving members of Easy Company discussing with us their poignant memories of their “buddies” and the war. Their faces drawn by age and a sadness of the days that they must always remember - that no man, in a good world, should have ever known.

The real Major Dick Winters, the deliberate spoken older gentleman from the prologue, juxtaposed with the young, charismatic hero of Normandy and Market Garden campaigns portrayed with 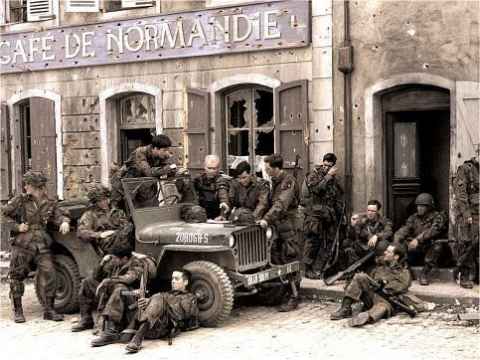 quiet wisdom by Damien Lewis, presented sufficient evidence of a man who commanded the respect of his senior officers and the men under his command whom depended upon him. From his airborne training at Camp Toccoa, Georgia to his first day in Normandy when he commanded the assault on two batteries of 88 millimeter artillery pieces at Brecourt Manor that were shelling Utah Beach with impunity, Lieutenant Winters proved that he would lead his command without trepidation against superior numbers and overpower the objective. The destruction of these batteries is still studied at West Point as a textbook case of how to attack a fixed position. He and Easy Company, although their casualties were enormous, were successful in their fierce encounters with the Wermacht from Normandy, through the towns of Carentan and Cherborg, and the roads and countryside between them, until they were relieved to return to England to train for the Market Garden campaign in Holland. 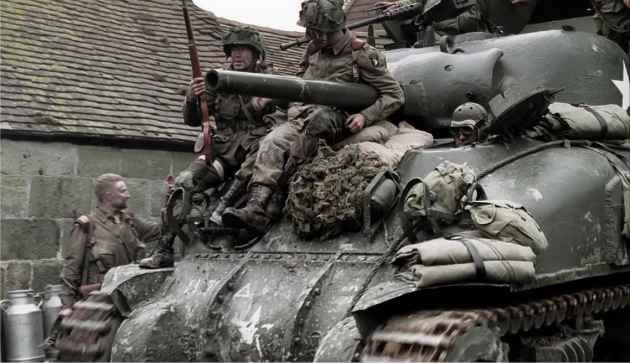 Lewis as the enigmatic Dick Winters, promoted to Captain and the command of Easy Company, brought the strength of realism 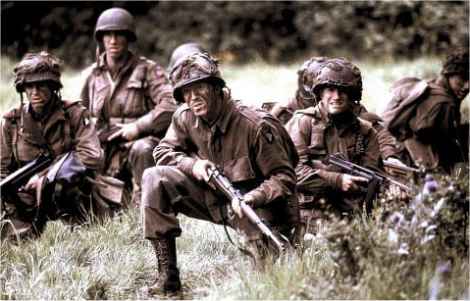 to his role as the fulcrum to this brotherhood of warriors. Ron Livingston, a completely underrated actor, was the divergent hard drinking Captain Nixon, who was the confidant and best friend to teetotaler Winters. Oddly, Donnie Walberg, brother to Mark and former “New Kid on the Block,” was surprisingly believable in his understated role as the ever dependable first sergeant, Carwood Lipton. Donnie made you respect this humble noncommissioned officer senior to the other NCO’s of Easy Company. Similar to Major Winters, Sergeant Lipton commanded equal respect from the brave young enlisted men of easy company, and was flummoxed within his cloak of humility, near the end of the war, when Captain Ronald Speirs, played by Mathew Settle, the third commanding officer of Easy Company after 1st Lieutenant Dike is killed near Bastogne, awarded Lipton a battlefield commission to 2nd Lieutenant.

The rest of these very competent actors in their 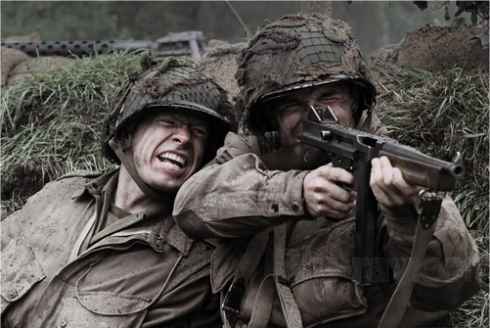 depiction of these real American heroes of Easy Company embellish in the mini-series, “Band of Brothers” the epitome of young men becoming great men; eliciting from we, the audience, our respect for whom they were and our love for what they did - for us. The entire series was shot in gritty earth tones and during many of the battle scenes at a level no higher than six feet to reveal the war from the eyes of the soldier. This novel camera technique, with the hard zing from projectiles and the blast of the bombs in the audio track, reminiscent of the classic “Saving Private Ryan,” puts the audience in the line of action and rattles their perception of the reality of war.

Because of the story, the acting, the cohesive direction, “Band of Brothers” is nearly without peer in the 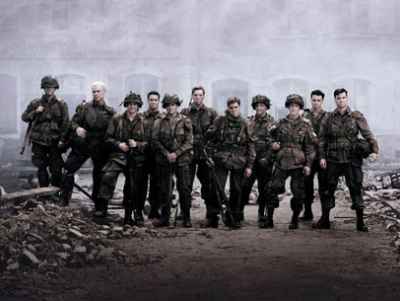 genre of war movies. Whether it is the greatest war movie of all time is debatable, but it is worth you’re time and I gladly award 4 ¾ stars to this classic film, that combines the story of our past with a lesson for our future: lest we forget the sacrifice of these young American soldiers - and “in it” they “shall be remembered.”

Publisher's note: On January 2, 2011, Major Richard "Dick" Winters passed on from this corporal plane - this Earth that we know. All freedom loving people are far better for his life and his service.