The Math of Post-Election Ballot Counting With a NC Supreme Court Race Hanging in the Balance | Beaufort County Now | Almost a week after election day, there are three groups of ballots that have still not been counted and the results of those counts could change the outcome of an NC Supreme Court race. | civitas, post-election ballot, NC supreme court, election day, election results, presidential election, november 10, 2020

Almost a week after election day, there are three groups of ballots that have still not been counted and the results of those counts could change the outcome of an NC Supreme Court race.

The three groups of ballots are:


Altogether, that means that we have 60,000-75,000 ballots left to count. I will examine each in the context of the NC Supreme Court Chief Justice race between Democrat Cheri Beasley and Republican Paul Newby.

As I noted last week, there is no chance that there will not be enough absentee-by-mail ballots to alter President Donald Trump and Senator Thom Tillis' wins in North Carolina. As seen on Vote Tracker, there have been 34,730 mail ballots submitted to county boards of elections on or after election day. 22,536 of those were submitted on election day (either arriving by mail or by voters hand-delivering them to their county board of elections office. In addition, I have projected that up to 27,000 additional mail ballots will be accepted by the November 12 deadline. So far, reality has underperformed the model. If that trend continues, we will have about 15,000 post-election mail ballots to add to the 22,536 submitted on election day. 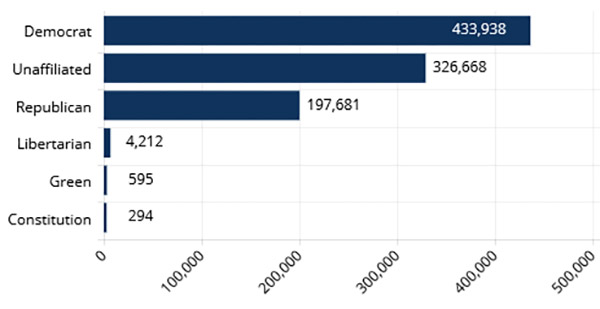 However, the election day and after mail ballots have been more balanced, with Democrats and Republicans about even and unaffiliated ahead of both (see figure 2). 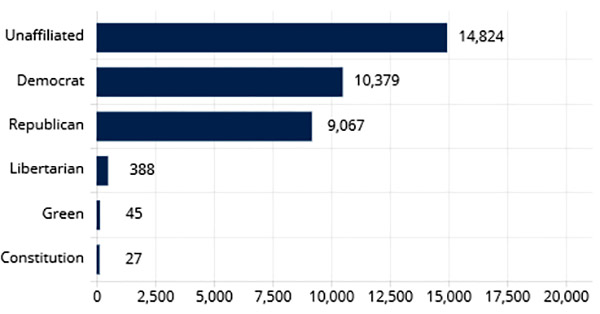 I expect that unaffiliated voters will likely continue to behave like partisans. Based on mail ballot results as of the afternoon of November 9, roughly two-thirds of unaffiliated mail voters vote for Beasley before election day when Democrats outnumbered Republicans by more than two-to-one. So, I expect that the unaffiliated voters who vote by mail on election day & after will be about evenly split between the candidates during a time when the numbers of Democrats and Republicans are also about evenly split.

Each county has its own schedule for counting ballots, but they all have to complete their counts in time for the county canvasses on November 13.

The SBE reported that there are 40,766 provisional ballots that county boards of elections must determine if valid or not. Provisional ballots are from people who have a problem with their registration when they show up to vote on election day. Common problems include not being registered in the precinct where they are trying to vote or not being on the voter rolls at all. Between 20,000 and 30,000 of provisional ballots will be accepted.

So Newby may have a small advantage in provisional ballots.

The last group of ballots are those that have some problems in the submission process and cannot be counted until the problem is fixed (or "cured"). There were 6,237 such as of the morning of November 9. Of those, 3,177 are Democrats and 1,207 are Republicans.

I have heard that both the Beasley and Newby are furiously working to contact voters from their respective parties with uncured ballots to encourage them to cure them. Given that there are more than twice as many Democrats as Republicans with ballots that need curing, Beasley should gain a small advantage from the curing process.

While we cannot tell for certain how these three groups of ballots will affect the Beasley-Newby race, it appears that it will get at least a little closer than it already is.

(Raw data source for mail and cured-pending data: the "absentee_20201103.zip" at the NC State Board of Elections, which is updated daily.)