Tea Party 2.0 | Beaufort County Now | Bill Moore looks at the potential fallout from the systemic failure in the 2020 election 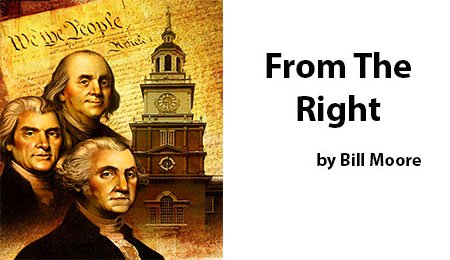 It was made up of everyday Americans that did not like the direction the Nation was heading. They united, demonstrated and began electing Republicans that followed their beliefs in God, Country and Family. In full disclosure I was the head of the Edenton Tea Party during that time. Based on the recent events in the Election of 2020 and the resulting failures to enforce proper voting procedures it has turned many people sour on the government and its ability to govern fairly. If we flash back to 2008 we can see the Democrats sweeping into power controlling all of Congress and the Presidency. They then proceeded to implement Leftist policies that angered many Americans.  By 2010 the Tea Party was in full swing.

Fast forward to today. By means of manipulation of mail in ballots in swing states the Democrats have again managed to regain control of both Houses of Congress and the Presidency. It is ironic that the new President Biden was the Vice- President in the Obama Administration and their agenda is even more leftist than in 2008.

It is my prediction the Tea Party 2.0 will again arise to fight for the freedoms and beliefs we hold so dear. Why do I call it Tea Party 2.0? This time I believe it will be the Tea Party on Steroids. Why the difference?

The last time the Tea Party was publically active there was a general belief in the System and the feeling was we had to take the seats back from the radical Left and the Institution would return to normal. Things are very different this time.

The general consensus among Trump supporters is the System has failed. Trump has exposed the Deep State and the death grip they have on Government. In addition he exposed the levels they will sink to in order to fight anyone who tries to change things. The FBI and the Justice Department actions have greatly harmed their reputations possibly where they will have difficulty ever recovering. We have seen the Supreme Court decide to not hear State challenges to the election for fear of the political consequences of such actions.

We were unwilling spectators to State Governors and Secretaries of State join with activist judges to illegally alter elections rules passed by state legislatures. Changes to ballot requirements and time of acceptance were just two changes that were forced on the public. These changes allowed Democrats the time to “discover “the necessary mail in ballots to change the Election Day results. Time after time election fraud was brought to light to no avail. Machines were proven to have programs that would alert the ballot count. State leaders and courts at both state and federal levels refused to acknowledge the existence of fraud.

There is no doubt in approximately 80 million voters eyes Trump only lost the election based on fraudulent votes. Add to that what happened as Democratic supporters burned businesses, ransacked cities and terrorized residents while Police were forced to stand down and just watch. Local Democratic Leaders explained away the events as it was the frustration of the people over alleged Police Brutality and the Trump Administration actions. They also explained it was “no big deal as the businesses were insured.”  Many of us found this unacceptable.

Add to that what happened in Washington DC at a Pro Trump rally on the 6th. As usual estimates are always low when Conservatives rally. However numbers range from the hundreds of thousands to over a million in attendance. A small number of the demonstrators decided to invade the capital building and occupy several office buildings. Yes some glass was broken ad offices put in disarray, but put that in context to what was happening in our major cities led by ANTIFA and the BLM movement and there is no comparison. Yet an unarmed 14 year Air Force veteran and business woman, was shot by Capital Police. Tear gas was used on others. Police did not stand down. Why? Because I am sure they were told not to as we are Conservatives and pro Trump. There is also some evidence surfacing the “Trump Supporters” that invaded the Capital were mostly ANTIFA Members disguised as “Trumpers”.

This time around the People who were Tea Partiers have lost all confidence in the Government and its institutions. The Republicans at all levels must take strong stands to fight the upcoming onslaught of Leftist policies if they expect us to support them in future elections. In the meantime this is far from over. The Left will see a rebirth of the Tea Party as we will continue to fight for the values enshrined in the Constitution of the United States.

Tea Party 2.0 is coming and the Left and the feckless politicians should be concerned. As we again start to gather to fight for American Values and ideals, I still remember a sign that was held up in a rally in 2010 that is even more appropriate today. “Today we came without our Guns. DO NOT MAKE US COME BACK!!!”