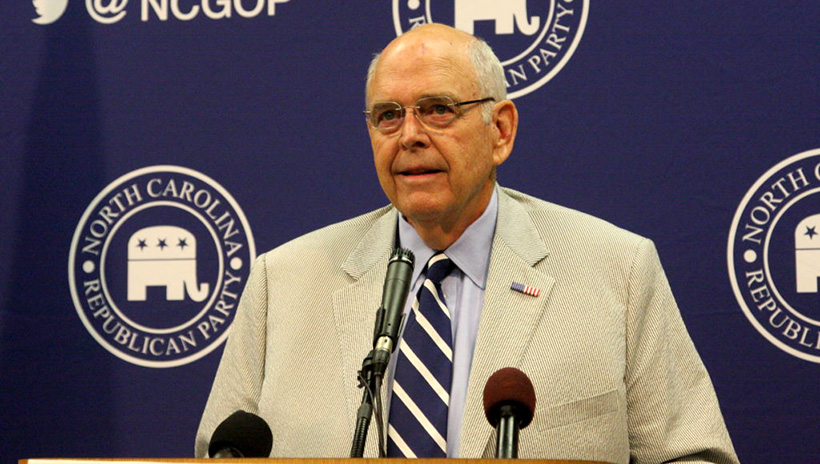 Through one of Donald Trump's final acts as president, former N.C. Republican Party chairman Robin Hayes became one of the most prominent North Carolinians to receive a presidential pardon.

The White House announced more than 140 pardons and commutations Wednesday, Jan. 20, hours before the inauguration. Hayes was one of several Republican political figures to get a pardon.

Hayes, who also served as a U.S. representative in the 8th Congressional District from 1999 to 2009, pleaded guilty in 2019 to lying to federal investigators. He was being questioned in a case involving insurance magnate and political donor Greg Lindberg, who was accused of trying to bribe Insurance Commissioner Mike Causey to try to get him to replace regulators who worked with his company. Lindberg was found guilty last year and sentenced to seven years in prison.

Under the plea, Hayes was sentenced to one year's probation.

Presidential pardons carry few limitations, though they can only apply to federal crimes.

"The presidential pardon power is a sweeping power, and when it is exercised it can fully restore a pardoned person to full legal rights enjoyed before conviction," said John Dinan, a professor of politics and international affairs at Wake Forest University.

The list of people receiving pardons is typically filled with people who have committed relatively low-level crimes. North Carolinians who have received pardons were convicted of crimes ranging from drug offenses to moonshining to embezzlement.

One exception is Rick Hendrick, the NASCAR team owner from Warrenton convicted of mail fraud in 1997. President Clinton pardoned him in December 2000.

Hendrick's nephew James Hayes was pardoned by Trump on Wednesday as well, after being convicted in an insider trading case a decade ago.