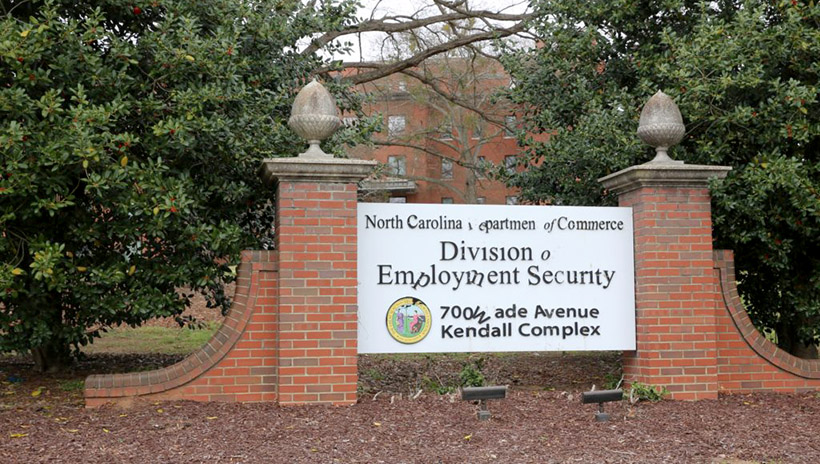 In yet another sign of turmoil at the N.C. Division of Employment Security, officials announced this week the division overpaid more than $69 million in unemployment benefits last year.

The pandemic causes a sharp spike in claims in 2020, with nearly a third of workers filing for unemployment. State and federal employment programs paid out more than $8 billion to North Carolinians last year.

NCDES Assistant Secretary Pryor Gibson told the Joint Legislative Oversight Committee on Unemployment Insurance on Tuesday, Jan. 26, that a combination of more money passing through the system and additional programs resulted in the overpayments. For example, $45 million of the overpayments came from the Pandemic Unemployment Assistance, a new federal program that provided the jobless with an additional $600 per week and included nontraditional claimants such as independent contractors.

"It is a program that, unfortunately, people in stress might answer incompletely or not completely truthfully," Gibson said. "So we're having to pay close attention to [it]. It's a program brand new to us, brand new to everybody. But it's a program we think is fraught with fraud."

Gibson said many people failed for weeks to report when they got a new job, so those benefit checks kept coming. He said some of the errors could have been honest mistakes.

He said NCDES has recouped some of the money by offsetting benefit payments and offering payment plans. More than $20 million of the overpayments have been recovered.

Some lawmakers on the committee urged Gibson to go after those who committed fraud or identity theft to obtain the benefits, but to grant waivers to those who were overpaid by mistake.

"When people are already struggling and have been waiting so long — that weighs on all of our hearts that through no fault of theirs, they received that check," said Sen. Jim Perry, R-Lenoir.

Carolina Journal reported in May that Gov. Roy Cooper faced pointed questions from lawmakers about the state's lagging unemployment insurance system. They said the NCDES was unprepared after Cooper issued an executive order that shut down restaurants and private clubs and immediately put hundreds of thousands out of work. NCDES faced 125,000 claims immediately after that action, and more than 1 million within two months. But only about half of those had actually received unemployment benefits in May.

Last summer, Cooper proposed a rule change that would open unemployment benefits to parents whose children engaged in remote learning for up to 270 days, and for workers fearful of COVID-19 in their workplaces. But Joe Coletti, John Locke Foundation senior fellow for fiscal and tax policy, told Carolina Journal the idea wasn't legal.