Published: Tuesday, February 2nd, 2021 @ 9:15 am
By: Carolina Journal   ( More Entries )
Publisher's Note: This post appears here courtesy of the Carolina Journal. The author of this post is Julie Havlak. 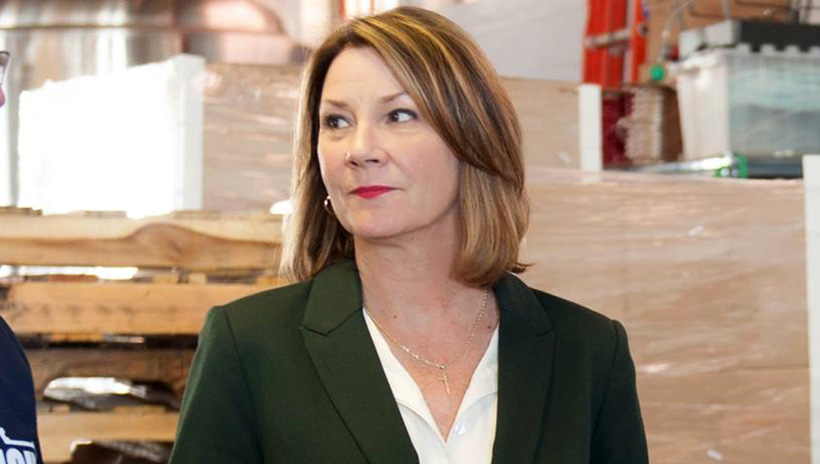 She is one of the most powerful lawmakers in Raleigh. She sports a concealed-carry permit, and her daughter is a law enforcement officer. She listens more than she talks, and she doesn't forget.

She is not someone to cross.

"She always fascinated me. She's a whiskey-drinking, cigar-smoking, motorcycle-riding badass," said Dylan Watts, political director at the N.C. Republican Senate Caucus. "She's probably going to text me and say, 'Dylan, what the hell?'"

The Senate is famous for how little is said on the floor. Compared to the House, it's run with iron control. Describing its culture, Watts quoted the former majority leader and Democratic power broker Tony Rand: "Your enemy is not Democrat or Republican — your enemy is the House."

Harrington has risen to the highest ranks in this culture. She is reserved with the press — but not with her constituents. She is famously private, but she admits her favorite part of politics is campaigning. She is also a devout Catholic. She used to sprinkle holy water on political consultant Jim Blaine's desk, calling him the "Devil." Blaine declines to say how he earned that nickname.

"She strongly adheres to the very wise political maxim that the closed mouth swallows no flies," said Blaine, who now runs a lobbying firm. "She says little, but she listens carefully. She pays attention, and she files it away for later. Kathy does not forget."

Harrington swept into office in the Republican wave in 2010, when Republicans seized control of the Senate for the first time in 140 years. There were so few experienced Republicans that Harrington walked in as the chair of the Senate Transportation Committee — something her husband, a former lawmaker himself, teased her about.

"I jokingly blame him for getting me into politics," Harrington, R-Gaston, said. "We have the distinction of being the only husband and wife who lost to the same person."

She laughs — but she runs a tough campaign.

Her first election was the last election that she ever lost. She then trounced her Republican opponent in the 2010 primary and Democratic opponent in the general election, winning almost twice as many votes as both opponents. No one has run against her in the primaries since.

In this past election, when every forecast doomed Republican majorities, she poured hours into campaigning and carried off 65% of the vote.

"It never works very well to bully her," Blaine said. "She has a Margaret Thatcher-esque quality about her. She's very tough. The first thing she wants to do is something people tell her she can't do."

The marble floors of the legislature are murder on the knees. Harrington had walked them almost a decade, and her knees were shot. One day she limped into Sen. Bill Rabon's office, wearing what he describes as the ugliest shoes he ever saw — and he told her so, "old lady."

She stalked back to her office, donned high heels, and threw the offending shoes on his desk.

"She said, 'I'll suffer the pain before I'll suffer the humiliation," Rabon, R-Brunswick, said. "I have them hanging on my wall. I say, 'See that? Don't mess with her. She's tough.'"

Rabon and Harrington are now key allies in the legislature and "thick as thieves." But when he first gave her his cell phone number, offering his help, she threw it in the trash. Her husband just laughed at her, and she was too embarrassed to ask for it again.

You can thank the two of them for a functional road system. Before Harrington, political power built roads — not population, not data, and not need.

"You could look at the roads and say that's so-in-so road," Blaine said. "She got those roads stopped. ... She's a tough cookie."

Harrington dragged department officials in front of Senate committees and put them under subpoenas. She scrapped powerful lawmakers' favored roads, and then blew up the whole funding system. She then trained her focus on the gas tax and corrupt local officials in the Transportation Department.

"A lot of legislators are generalists," Blaine said. "They like to have their finger in every pie. That's not Kathy's style."

Now Harrington faces the challenge of her career.

The coronavirus pandemic and the shutdowns have wrecked the economy. The state's vaccination rollout had reached almost 7% of the population by Jan. 29. Unemployment claims continued to climb across the nation throughout the winter.

"Everything is going to have a shadow of the pandemic on it," Harrington said. "It's my hope and prayer that we'll start coming out of this and start to recover, that we'll see the economy improve and kids can get back into the classroom when it's appropriate."

Republican legislative leaders kept their majorities, but the governor's veto power remains unbroken. The relationship between the two is more poisonous than ever: After months of budget impasse and a record-breaking number of vetoes, lawmakers voted to strip him of his emergency powers. Cooper vetoed the bill and extended his lockdowns.

The state budget is just as strained. With the economic hit from COVID-19, no one knows how bleak the revenue outlook will be or how drastic the cuts. Harrington will help lead budget writing — but Cooper can block any budget she passes. He sank the last budget over Medicaid expansion. Both sides lost a slew of priorities.

Here, again, she is characteristically reserved, saying only that she hopes history won't repeat itself. The closed mouth swallows no flies.

"If you play poker with Senator Harrington, when she calls, you better have the cards. The dealing is over," Rabon said. "And that's a good thing in politics. It makes her good for tough negotiations."