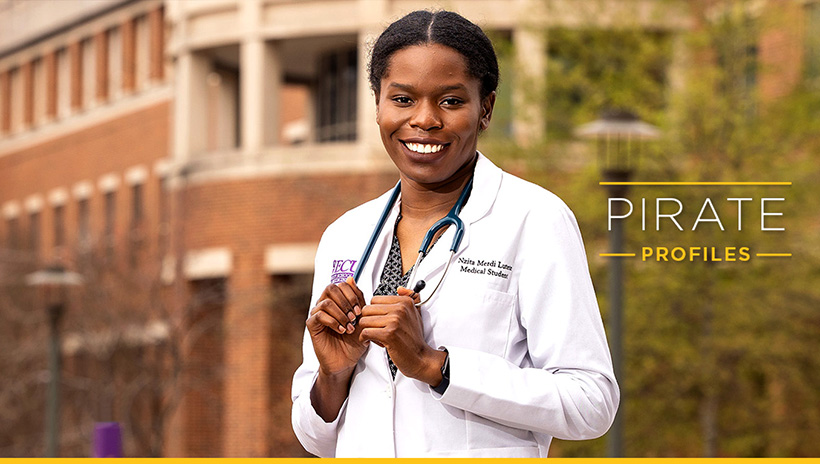 Maybe Merdi Lutete would be a newscaster. Or a tennis player.

"I honestly was all over the place depending on which TV show I was watching at the time," said Lutete, thinking about her childhood dreams.

Her father, however, was steering her toward medicine. "As a young teenager, you don't want people to push you. My response was always, 'No, you don't know me, I know myself. I know that's not what I want to do.'"

However, while Lutete was a student at Enloe High School in Raleigh, her father was diagnosed with a brain tumor. That experience — and watching how her father's surgeon, nurses and others cared for him, as well as her mother, who drove back and forth daily from her job in Raleigh to the hospital in Chapel Hill with children to care for at home — brought clarity.

"To this day, I just credit it to God," Lutete said. "I found a new love and appreciation for medicine — not just because of him going through that, but it was a desire I never had before. 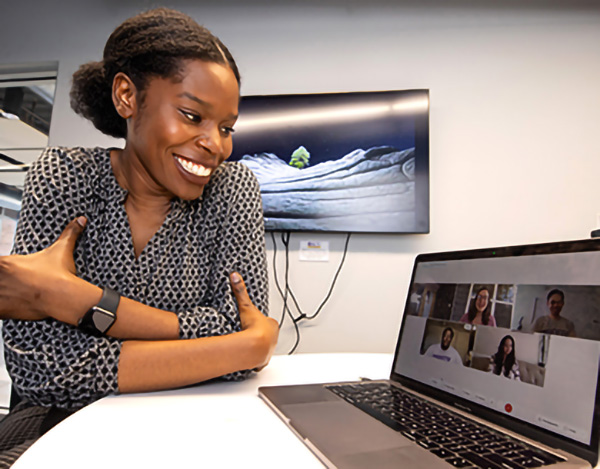 Merdi Lutete founded I Am First, a student group for first-generation medical students at ECU.
"I really appreciated the way his physician took care of him. And she always made sure my mom was OK too. That spoke volumes to me, and I really wanted to do something similar for other families as well."

Lutete is a third-year student in the Brody School of Medicine at East Carolina University. She graduated with a bachelor's degree in multidisciplinary studies with a concentration in neuroscience and a minor in chemistry in 2017 from ECU.

Lutete's mother worked in health care for many years as a midwife in the Democratic Republic of Congo before her parents moved the family to the United States to provide a better future for their children. Her father is a pastor.

Merdi Lutete founded I Am First, a student group for first-generation medical students at ECU.

"They're my biggest inspiration because to move from one country to another, where you don't know the language and to leave a job you love — it's an experience some people may not understand," said Lutete, the youngest of seven children.

Each of her siblings went on to college, but she is the first to attend medical school.

It's one of the reasons Lutete helped start I Am First, a student group for first-generation medical students at Brody. While working as a research assistant at another university before starting at Brody, Lutete read an online article about the importance of mentors for medical students.

After enrolling at Brody, Lutete asked about getting a mentor, and began to think about how to make the process available to more students. She pitched the idea in December 2019 to Dr. Cedric Bright, who told her to find a few other students who wanted to be involved and he would be the group's adviser. She talked with two classmates, and the idea resonated. In just over a year, I Am First has grown to 80 students with 110 physician mentors.

"One thing that I'm very thankful for are the classmates who are working with me because you can have an idea, but if you don't have people to work with you, it's really nothing at all," Lutete said. "I'm blessed and thankful that they took something that wasn't their vision, but they took it on as their own.

"To see the impact the group has had in a such a short amount time; it will continue to grow with each new group of students."

While Lutete hasn't decided on a specialty, her long-term goal is addressing health care disparities. The needs she saw in the villages of the Democratic Republic of Congo have similarities to some communities in eastern North Carolina.

"People just don't have access to health care at all," Lutete said of the Congo villages. "Literally they don't have electricity, or they're hours away from the nearest clinic, not even a hospital. People are dying from things that normally they shouldn't be dying from. So my heart is to try to help mitigate that gap, whether it's to create a clinic or hospital or something like that, but that's my goal."
Go Back