Published: Sunday, April 18th, 2021 @ 7:34 am
By: Carolina Journal   ( More Entries )
Publisher's Note: This post appears here courtesy of the Carolina Journal. The author of this post is David N. Bass. 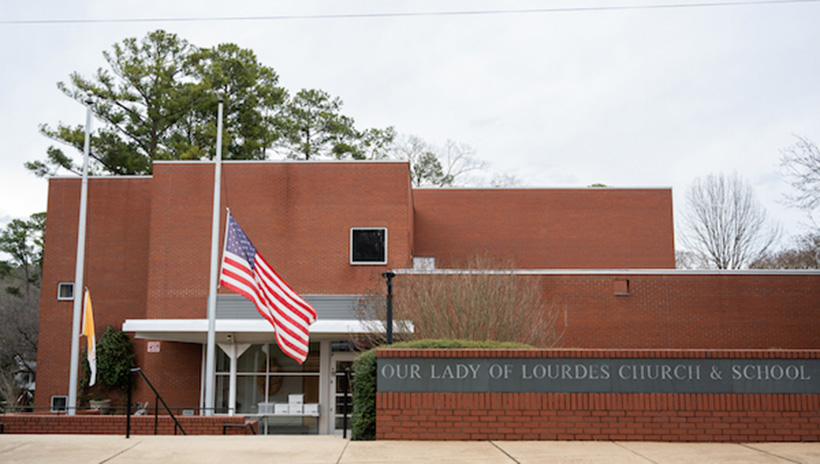 A bill to expand the Opportunity Scholarship Program passed the N.C. House, 69-49, on Tuesday, April 13, following a floor debate that focused on accountability.

Created in 2013, Opportunity Scholarships are designed to help families who would otherwise struggle to afford private-school tuition but who want to leave their locally zoned public school.

House Bill 32 would remove the current scholarship cap of $4,200 per year and substitute a formula allowing scholarship recipients to share in 70% of the funding the state sets aside per pupil. That figure eventually scales up to 80%.

Students would qualify for up to $4,610 a year and then ratcheting up to $5,269, based on current per-pupil funding rates. The bill adds an extra financial kicker in the form of permitting local school districts to allocate an additional $1,000 in local funding per scholarship recipient, on top of the state funding.

The bill would also set aside $500,000 for the state to partner with nonprofits to promote the program to families through outreach and application assistance.

During debate on the House floor, Democratic members tried to pass an amendment that would have required all Opportunity Scholarship students to be tested and those results reported to the state.

"If the state is going to provide public funding for the education of students at non-public schools, then the state is responsible for ensuring those students are receiving a sound basic education," said Rep. Rachel Hunt, D-Mecklenburg, who proposed the amendment. She claimed the current Opportunity Scholarship Program doesn't "allow for any meaningful" measurement of student outcomes.

But Arp also emphasized that private schools are ultimately responsible to parents.

"The parents of the students who want this for their students, who are low-income, who but for Opportunity Scholarships wouldn't have an opportunity for their children, that's who I listen to. These [are] success stories. If they feel their child is not receiving a sound basic education, they move and go to a different location," Arp said.

"It's unconscionable that we would deny low-income parents the choice available to other citizens of North Carolina, where they have other educational opportunities," Arp added.

A recent analysis by N.C. State University showed the median household income for new Opportunity Scholarship recipients was just $16,213 and $15,000 for renewal recipients, after adjusting for inflation.

Beyond the Opportunity Scholarship Program, H.B. 32 would combine the Children with Disabilities Grant Program and Education Savings Account into one program to ensure adequate funding and reduce wait lists. Now, the disabilities grant and ESA program provide up to $8,000 and $9,000, respectively, for students with special needs to help defray the cost of tuition, specialized treatments and therapies, or equipment.

H.B. 32 is another step lawmakers have recently taken to expand school choice in North Carolina. In September 2020, lawmakers passed a COVID-19 relief bill that included key changes to Opportunity Scholarships, including lifting a cap that restricted the number of kindergartners and first-graders who could get into the voucher program.

Lawmakers also raised the limits on income so that a family of four earning $72,000 could qualify and earmarked $6.5 million to fund the wait list for the disabilities grant and ESA.

Gov. Roy Cooper, a Democrat, has been a stalwart opponent of any attempts to expand these school-choice measures. Cooper has consistently targeted the Opportunity Scholarship Program for refunding in his budget proposals, including his latest budget released in late March.

Opportunity Scholarships have also been the target of a lawsuit filed by the N.C. Association of Educators, the state arm of the national teacher's union.

Statewide polling has consistently shown broad public support for Opportunity Scholarships, extending across political and racial lines. A Civitas Institute poll from 2020 put that support level at 70% among Republicans, 67% among Democrats, 62% among unaffiliated voters, and 78% among minority voters.
Go Back