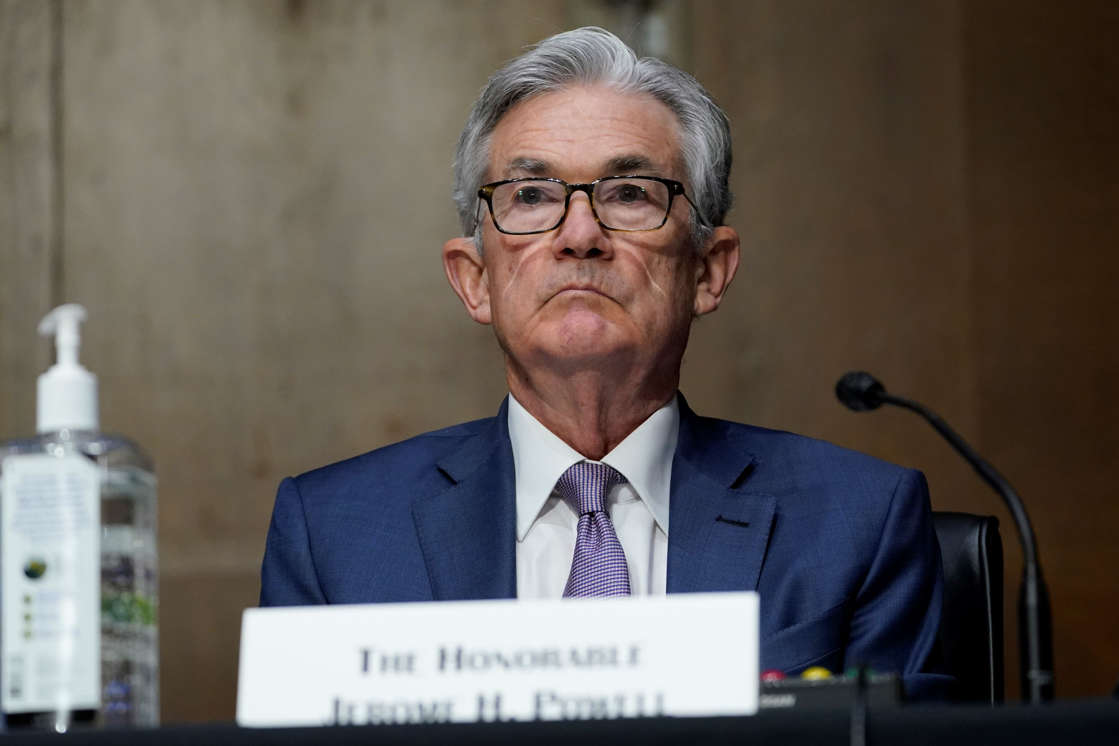 The Associated Press is reporting:

All of which is resurrecting fears of an economic threat that has all but disappeared over the past generation: Runaway inflation. It occurs when prices for most goods and services not only rise but accelerate, making the cost of living steadily more expensive and shrinking the purchasing power of Americans' earnings and savings.

Growing jitters about inflation have contributed to a sharp sell-off in stock prices this week. Any significant acceleration of inflation would exert a drag on the market and potentially imperil the economic recovery.

In the past, rising inflation has usually led to higher pay as workers have demanded and received raises to keep pace. In fact, inflation can't really accelerate for long without sizable wage gains. Yet pay raises — if they do occur — typically lag behind price increases, thereby squeezing consumers at least temporarily. And eventually, pay gains themselves will fuel further inflation: Companies raise prices further to offset higher wages for their employees.

Some companies, including Amazon, have recently raised or said they plan to raise wages.

Not since the late 1960s and early '70s has the United States endured chronic high inflation, with consumer prices rising at or near double-digit percentages from one year to the next. In fact, the reverse has been true for about a decade: Inflation has remained persistently below the 2% annual target set by the Federal Reserve. Under Chair Jerome Powell, the Fed is betting that it can keep rates ultra-low even as the economic recovery kicks into high gear — and that it won’t have to quickly raise rates to stop runaway inflation.

WHAT'S BEHIND THE CONCERNS ABOUT INFLATION?

Mainly, it's the fact that prices for so many things are rising and seem likely to do so for the next several months at least. One reason for that is that prices tumbled in March and April of last year, when the pandemic tore through the economy, and have since rebounded. As a result, year-over-year price increases now look much higher than most consumers are used to. The consumer price index rose 2.6% in March compared with a year ago, a significant rise from just 1.7% a month earlier. Analysts forecast that consumer prices will soar again in April when that month's figures are reported Wednesday, to a year-over-year reading of 3.6%. If that prediction is accurate, that would be the largest increase in nearly a decade.

Another factor is a widespread shortages of raw materials and parts that is magnifying costs. Builders can't find enough lumber to build new homes. Manufacturers are desperate for more copper and other commodities. Auto makers need more semiconductor chips. And some restaurants are scrambling for chicken wings.

Supply bottlenecks have occurred because companies were caught flat-footed by the speed of the economic recovery from the pandemic, with most consumers flush with cash, after multiple stimulus checks, and spending freely. With everyone now ramping up at once, manufacturers, shipping firms, miners and agricultural companies can't keep up.

WILL AMERICANS' PAYCHECKS INCREASE, TOO?

Paychecks are starting to rise. Average hourly earnings jumped 0.7% in April, a substantial gain for a single month. Many companies have said they are struggling to attract applicants to fill their open jobs. Only 266,000 jobs were added last month, far fewer than expected. Rising pay is a sign that companies are trying harder to fill their jobs. That's good for workers, and many companies may eat the higher cost or turn to automation to reduce their labor expenses. But if businesses start to raise their prices to cover higher wage bills, that would accelerate inflation.

IT'S THE FED'S JOB TO KEEP PRICES IN CHECK. WHAT DO ITS OFFICIALS THINK?

Powell said last month that he expects higher inflation to prove temporary, once the supply shortages are worked out. The Fed's policymakers have stressed that one-time increases are not the same thing as a difficult bout of inflation, which is characterized by ongoing, chronic price increases.

“A persistent material increase in inflation would require not just that wages or prices increase for a period after reopening, but also a broad expectation that they will continue to increase at a persistently higher pace,” Lael Brainard, a Fed governor and key voice on the central bank's interest rate policies, said in an appearance Tuesday. “A limited period of pandemic-related price increases is unlikely to durably change inflation dynamics.”

WHY IS THE FED SO SURE THAT PRICE INCREASES WILL PROVE FLEETING?

Two reasons: Because the public still largely expects inflation to remain in check and because of recent history.

The Fed is closely monitoring “inflation expectations.” These are measures of where consumers and financial markets expect inflation to be in the future. Inflation expectations have changed little for more than two decades, even amid sharp price fluctuations, such as a spike in oil prices in 2008 that took oil to nearly $150 a barrel. If the public expects inflation to stick around 2%, then consumers and businesses won't likely change their behavior much even if commodity prices rise. Businesses won't charge their customers more, because they'll expect the increases to be temporary. And workers won't generally demand large wage increases to offset higher prices.

Some measures of inflation expectations are rising, but not markedly so. Financial market measures, based on the yields of different Treasury securities, show that investors' expectations for inflation are increasing in the short-run but less so over the longer-term. That suggests that they agree with the Fed: They expect a temporary increase in inflation. But they also think that entrenched inflation expectations will prevent price rises from running rampant.

Another reason the Fed thinks inflation will likely be temporary is that prices have been in check for roughly a quarter-century. Even when the unemployment rate fell to a 50-year low of 3.5% in 2019, forcing wages higher, consumer prices remained below the Fed's 2% target.

WHAT WILL THE FED DO IF INFLATION STAYS TOO HIGH?

Powell has said repeatedly that the Fed has the “tools” to address higher inflation: It could reduce its bond purchases of $120 billion in Treasurys and mortgage-backed securities each month, which are intended to lower long-term interest rates. And it could also raise its short-term rate from its current level near zero. This rate influences borrowing rates throughout the economy. Such moves would likely rein in inflation. But they could also slow the economy or even cause a recession.