Joe Biden is bankrupting our country with his massive spending 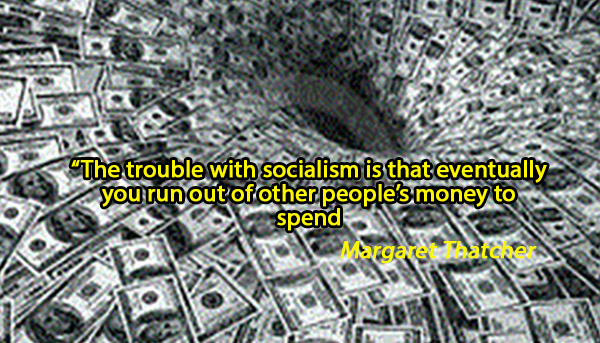 On this point, I agree. But the wealth redistribution will not be in the way he means it.

Over the past 14 months, the federal government has committed roughly $5.3 trillion to address the COVID pandemic and the economic fallout from the government’s response.

This helped drive total federal spending to $6.6 trillion in FY 2020, creating a record $3.1 trillion deficit for the year.

The spending binge further ballooned the national debt total up to more than $28 trillion.

In short, how does Biden propose we pay for his expensive plans?

His more than $4 trillion in spending proposals would presumably be in addition to federal budgets that would also run significant deficits.

Preliminary details of Biden’s budgetary plans include a whopping 8.4% increase in discretionary spending and a massive 15% spike in other domestic programs.

There is simply not enough money in existence to finance these plans, nor enough willingness to fully fund the debt spending by borrowers using current resources.

The result will be the Federal Reserve, America’s central bank, financing trillions in deficit spending via new money created out of thin air.

Massively inflating the money supply always benefits the already wealthy while leaving the working class further and further behind.

When the money supply increases, it lessens the value of the dollar. The money you have can buy fewer and fewer goods and services.

What that newly created money especially tends to do, however, is inflate bubbles in assets like the stock market and housing – assets heavily concentrated in the hands of the wealthy.

For instance, in response to COVID last year, the federal government’s massive fiscal response – combined with slumping revenue due to economic lockdowns – prompted the Federal Reserve to finance $1.5 trillion in debt spending via newly created money by May 2020. According to the Committee for a Responsible Budget, the Fed was buying up government debt using newly created money at a rate of $75 billion per day during the height of the pandemic response last spring.

The result of this massive money printing? The stock market rebounded in a big way, with the Dow blowing up by 50% in the last year and reaching all-time highs.

Without the Federal Reserve inflating the money supply, does anyone think the stock market and housing prices would be growing so quickly amidst such great uncertainty in the wake of a pandemic and with unemployment still stuck at a post-pandemic rate higher than at any point in the six years prior to the pandemic?

According to the New York Times, the top 10 percent of wealthiest Americans own 84 percent of the stock market’s value. As of 2020, roughly two-thirds (65.8%) of U.S. households were homeowners.

Meanwhile, those on a fixed income or otherwise in lower-skilled jobs whose income doesn’t keep up with the pace of price inflation see their standard of living diminished due to the loss of purchasing power. That loss of purchasing power is often called the “inflation tax,” a decidedly regressive tax because it has an outsized impact on lower-income households compared with wealthier ones.

For instance, grocery prices are up 6% year over year and are expected to increase even more sharply in the coming months. Gas prices are experiencing similar upward trends. Such increases obviously impact low-income households more than the wealthy.

Some of Biden’s proposed spending will indeed provide relief to certain households. But the benefits will be limited and targeted, while the inflation tax’s impacts are widespread.

The bottom line is that when Biden promises to “redistribute” wealth through big-government spending financed with newly created dollars, believe him. Only the redistribution will benefit the wealthy at the expense of the rest of us.