Published: Wednesday, May 26th, 2021 @ 8:37 pm
By: Carolina Journal   ( More Entries )
Publisher's Note: This post appears here courtesy of the Carolina Journal. The author of this post is CJ Staff. 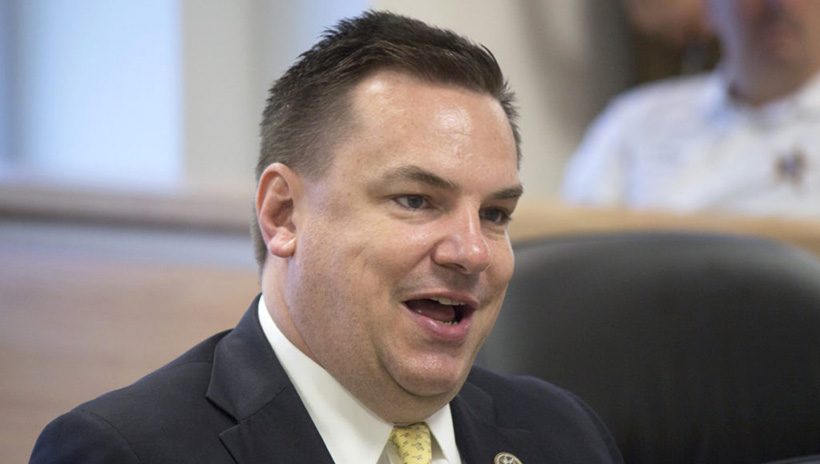 A conservative group within the U.S. House of Representatives is backing Rep. Richard Hudson's plan to strengthen protection for gun owners who carry concealed firearms in public.

"This proposal balances our budget in five years and reduces taxes, while Washington Democrats try to raise taxes and spend us into oblivion," said Hudson in a news release. "It also secures our border, protects life, and defends our Second Amendment. I am glad to see H.R. 38 included in this proposal, which offers a clear contrast of the priorities between House Republicans and House Democrats."

Hudson, a Republican representing North Carolina's 8th Congressional District, is a member of the RSC. The group includes all eight Republicans in the state's U.S. House delegation.

Hudson's bill aims to "ensure law-abiding citizens with a permit to carry a firearm do not become criminals when they cross an invisible state line," according to Hudson's release. "The bill protects rights enshrined in the Second Amendment, which the Supreme Court announced it will examine in a case later this year."

The addition of H.R. 38 in the Republican budget proposal follows an earlier setback for the bill. Democrats on the U.S. House's Rules Committee rejected an amendment Tuesday from Hudson. He wanted to include H.R. 38 in a bill to boost security in the nation's capital.

"With America reopening, Rep. Hudson argued that law-abiding citizens should be able to protect themselves in Washington, D.C., and across the country," according to his news release.

Introducing the bill in January on the opening day of the 117th Congress, Hudson explained that H.R. 38 "would allow people with state-issued concealed carry licenses or permits to conceal a handgun in any other state, as long as the permit holder follows the laws of that state. It also allows residents of constitutional carry states the ability to carry in other states."

Hudson has introduced the Concealed Carry Reciprocity Act in previous years. In December 2017, a Republican-led U.S. House approved the bill, 231-198. The measure died in the U.S. Senate.
Go Back