Biden has abolished our immigration system

Joe Biden has effectively extinguished the economic growth Donald Trump built, has brought us closer to war in the Middle East  by abandoning Israel, and given away our energy independence to Russia.  But most importantly, he has abolished our borders.  We are now being invaded by drug cartels and thousands of illegal immigrants who are suppressing the job market.  If you doubt that last contention, read the following: 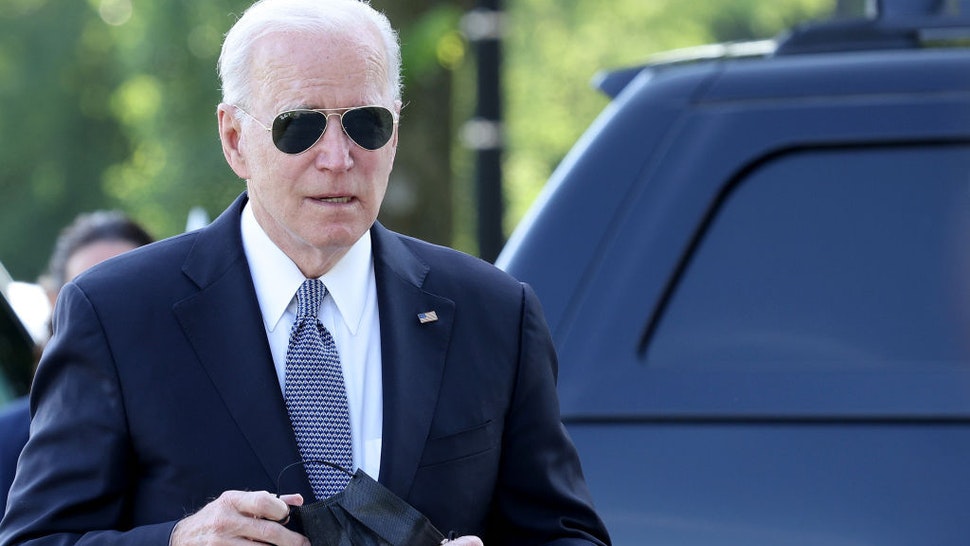 ICE deportations numbered an all-time low last month with 2,962 illegal immigrants returned to their home countries. Plummeting immigration enforcement is a result of new policies Biden implemented that restrict who qualifies for deportation and what actions ICE is authorized to take. As The Washington Post reports:

ICE under President Biden is an agency on probation. The new administration has rejected calls from some Democrats to eliminate the agency entirely, but Biden has placed ICE deportation officers on a leash so tight that some say their work is being functionally abolished.

Democrats such as Rep. Alexandria Ocasio-Cortez (D-NY) have pushed the Biden administration to abolish ICE entirely, a suggestion that Biden has resisted in the past. Instead, Biden has said that the goals of progressives can be accomplished through reforms.

During an April address, Biden told a group of activists shouting for him to “abolish” the agency that “I agree.” As The Daily Wire reported:

This week, at a rally in Georgia to mark his first 100 days in office, President Biden responded to leftist hecklers who chanted, “Close private detention centers!” “Abolish ICE!” by begging, “I agree with you. I’m working on it, man. Give me another five days.”

The cutback in ICE enforcement comes amid a surge in illegal immigration that the Biden administration has struggled to contain.

Illegal immigration has surged to a 20-year-high since Biden took office as many immigrants flocked to the U.S., hoping that the new president would be more lax toward border crossers than his predecessor. Some federal boarding facilities are now facing severe overcrowding because of the influx of illegal immigrants, many of which are unaccompanied minors.

“To date, her response to the border crisis has been absolutely abysmal, so I am requesting that she be replaced as your ‘border czar,’” Brnovich wrote in a letter. “We are not nearly 50 days into her appointment, and Vice President Harris has shown little interest in observing what is happening along the border and has failed to articulate any plan to deal with the devastating effects of this crisis.”

The White House has continued to blame the ongoing crisis on the Trump administration, claiming its policies led to the surge in immigration that began after Biden won the election last year.

“After coming into office, our administration immediately jumped into action to address the influx of migrants at the border, something that began during and was exacerbated by the Trump administration,” White House Press Secretary Jen Psaki said during a press conference May 4.