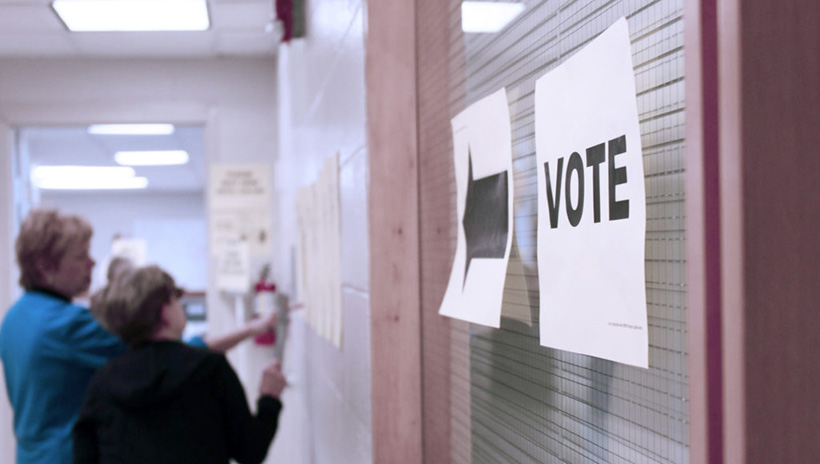 Election integrity is a top issue for North Carolina voters. In fact, according to polling on behalf of the John Locke Foundation from March of this year, the issue is only second in importance to 'jobs and the economy,' and election integrity eclipses other top issues such as education, healthcare, and immigration. What's more, an alarming 60% of Republicans, and a total 40% of those surveyed in the poll are worried that 2022 elections will not be 'free and fair.'

These concerns are resonating with Republicans in North Carolina, as concerned voters clamor for a level of transparency and accountability sufficient to restore confidence in a cornerstone of our electoral system.

While the convention kicked off for the North Carolina Republican Party this past weekend, anticipating a big appearance by former President Trump, by far the most forceful skeptic of 2020 election results, the N.C. GOP announced a new election integrity committee. The committee will be chaired by former state senator and attorney Buck Newton and will focus on "recruiting poll observers and election integrity volunteers, making statutory and administrative rule recommendations, and refining the N.C. Republican Party's Election Integrity operational plan."

"Election integrity is an issue we must address head-on to move forward as a party and as a country," said N.C. GOP chairman Michael Whatley. "In 2020, the North Carolina Republican Party led the nation in implementing an effective statewide strategy to protect the vote. This committee will spend the next year-and-a-half building on our past successes to ensure the 2022 elections in North Carolina remain fair and transparent."

Elsewhere, in the General Assembly select Republican lawmakers are leading a charge to institute the level of transparency and accountability required to address concerns of voters on the issue of electronic voting and tabulating machines, in particular.

"Show us the machines, show us the reasons that numbers change."

A sudden reduction in the number of votes at the county level late on election night is understandably intriguing, if not alarming, to those data wonks watching returns come in. Is it nefarious manipulation, or is there a reasonable explanation? That's what Rep. Keith Kidwell, R-Beaufort, want to determine, and they think all voters deserve transparency on heretofore opaque processes. In an interview with Carolina Journal, Kidwell, chairman of the N.C. House Freedom Caucus, says he and his constituents are concerned about unexplained and numerous revisions to county and precinct vote totals in 2020 elections. These include unexplained metadata updates and what appear to observers as deletions of vote batches.

"When they make these changes, we think there should be an explanation. I'm an accountant, and if I make a general journal entry, we make a notation on that entry that tells us the reason for that change. I can't just give the IRS a different number and not explain why. We should do the same thing with election results; it should be transparent as to why changes are being made," said Kidwell. "There needs to be a paper trail to verify that that is the case."

Earlier this month, the Freedom Caucus interviewed officials Patrick Gannon, public information director for the N.C. State Board of Elections, and Brian Neesby, the board's chief information officer. The lawmakers asked about these and other concerns, such as whether or not North Carolina's election equipment is capable of connecting to the internet via a modem.

"We put the hard question to these guys about what is going on with the numbers and with the machines here in North Carolina. North Carolina is using, we found out, about three different systems. We've asked them to provide the Freedom Caucus access to those machines, to look at and verify that, if they do have a modem, that the modems are actually deactivated. I want to see that they're deactivated to the point that they cannot be re-activated. ... According to them, they have cellular modems in [the machines], which is a point of concern. We want to make sure they are actually permanently deactivated and cannot be turned on by somebody."

The Freedom Caucus requested an opportunity to have their own independent experts inspect the machines themselves to determine if internet access is possible via the cellular modems. The SBOE is considering that request and gathering information to answer outstanding questions for which the lawmakers have not yet received answers.

Can N.C. voting machines connect to the internet?

In response to questions for this story, Gannon said constant efforts are underway to make election data more transparent and user-friendly "for the researchers, journalists, data scientists and others who use it in their work." He went on to note more than 150 data reports fulfilled in response to public requests and highlighted plans for additional 'risk-limitng' audits on top of existing audit protocols.

Those efforts may not ameliorate concerns for lawmakers like Kidwell, who seek tools so "the general public can clearly see where and why vote totals are revised."

On the nuanced topic of internet access for electronic election equipment, Gannon maintains that currently certified tabulators do not have that ability, though add-on modules could enable such a feature.

"DS200 tabulators used in North Carolina do not have modems," stated Gannon.

Some of the older M100 machines may have modem capabilities, but they are turned off and there is no mechanism in place to send or receive messages from them. State law prohibits any county from using a modem connection in voting equipment, said Gannon.

The elections board previously addressed questions from lawmakers regarding modem access, telling inquiring lawmakers that media associating similar models made by the same manufacturer and sold to other states like Michigan with those active in North Carolina is "an unfair comparison."

For Andy Jackson, drector, Civitas Center for Public Integrity, the fewer layers of computers in the election equation, the better.

"The simpler the form of voting, the better for transparency and confidence" Jackson said in an interview. "It's the process that requires integrity. Some counties have machine-marked ballots, others have paper, voter-marked ballots, with electronic tabulators. Questions of integrity could lead to lawmakers to push for hand-marked ballots all across the state. But, the timeline and ability to make those changes statewide would still vary by county, because they've their own schedules for updating, or approving equipment."

Jackson also highlighted an interesting wrinkle when it comes to any concerns related to the capabilities of electronic voting machines. Were the machines properly vetted?

"When the State Board of Elections was approving voting machines, which they put through a state certification process, the manufacturer said, 'Well, we don't have enough of those particular machines you certified, but here are these other machines,'" said Jackson.

It was late 2019, and the board chose not to subject the alternate machines to the required vetting process. Instead, the board skipped the state certification measures and presumed the substitute machines, offered by the same company, were also compliant with required state standards. The board approved the machines for use in 2020 elections without subjecting them to the full certification process.

Jackson suggested this could be significant if it found that any of those alternate machines contain access vulnerabilities the originally vetted machines did not. Notably, when first facing such questions of internet access, the board waffled on whether voting machines approved for use in North Carolina had modems at all. First indications were that North Carolina's approved systems did not have the ability to connect to the internet, but the board has subsequently issued the aforementioned caveat that some machines do have cellular modems.

Freedom Caucus members hope to get more answers to questions concerning machine vulnerability and process transparency in a second meeting with NCSBE staff scheduled for June 16.

In addition to the inquiry by the select Republican lawmakers, the Republican majority in the House and Senate are actively pushing legislation to tackle election integrity issues as they relate to rules such as absentee ballot deadlines and outside private funding of elections. Senate Republicans announced Tuesday their intentions to split the previously filed Election Integrity Act into three operative pieces.

The first derivative, Senate Bill 326, would establish election day as the deadline for acceptance of absentee ballots. In a statement, Sen. Paul Newton, R-Cabarrus, chairman of the Senate Redistricting and Elections Committee, argued the deadline is needed to establish a clear end and mitigate suspicions that fuel mistrust.

Changes to voting rules and ballot acceptance deadlines implemented by the elections board in the weeks leading to the 2020 election were made without legislative input, spurring litigation. Ultimately, though, the changes remained in place through election day and beyond. So long, in fact, that extraordinarily close races, like that for chief justice of the N.C. Supreme Court, extended for weeks after election day before a winner would be declared.

"Every day that passes without a declared winner just breeds suspicions and conspiracy theories in people's minds. That's not healthy. Requiring that at least all the votes are in on Election Day helps minimize the delay in declaring a winner and, for the most part, helps wrap up the process quickly," asserted Newton.

Senate Bill 725 would prohibit private funding of elections administration, as sponsors argue private interests paying for vote collection and counting raises natural suspicions about election integrity. This speaks directly to revelations that organizations funded by Facebook founder Mark Zuckerberg put money into elections administration in target districts across the country — to the tune of hundreds of millions of dollars. Millions of those dollars were directed to select districts in North Carolina as a competitive swing state in national elections.

"People from all sides should be able to agree that private funding of elections administration raises natural suspicions about the integrity of the process and should be banned," said Sen. Warren Daniel, R-Burke, co-chair of the Senate Committee on Redistricting and Elections.

Finally, Senate Republicans continue to push for the active proliferation of voter ID through funding of a mobile outreach program that targets and serves those few North Carolinians with none of the extensive list of acceptable forms of identification. Nearing a decade old and replete with legislation, court rulings, and constitutional amendments, the political divide over voter ID has been reanimated within the current election integrity focus.

About the stand alone bill, Senate Bill 724, Sen. Ralph Hise, R-Madison, said, "We'll find out soon if Democrats really care about helping voters obtain free ID cards or if they just made up that concern in an effort to kill voter ID, which North Carolina voters added to their own Constitution in 2018."

And so, with the fall out from extraordinary elections of 2020, a formerly one dimensional issue centered on voter ID has now been wrapped into a much larger and pressing issue of election integrity. An issue that, other than their paycheck, is top of mind for voters. In response, state lawmakers are investigating concerns over vulnerable electronic voting equipment and opaque vote counting processes; seeking to end unprecedented deadline extensions for the voting method most vulnerable to fraud; and, still waging a battle to require simple photo identification at the polls.
Go Back